We just brought to you live images and details from the launch of the New 2014 Next Gen Honda City. Now, here is the official press release for the car. Along with the official images released thus far, along with, of course, some images taken by our crew.

Honda Cars India ltd, leading manufacturer of premium cars in India today unveiled the all-new next Generation Honda City at a World Premiere event. The world’s first glimpse of the car also marked the introduction of 1.5 i-DTEC diesel engine in the all new City. Scheduled to be launched in January 2014. the pre launch bookings of the model have begun across the country

The all new Honda City has been developed at Honda R&D  centre located in Tochigi, Japan following extensive market surveys in India, ASEAN countries and other markets for people’s driving needs and lifestyles. The development of all-new Honda City adopts Honda’s new ‘global operation reform’ of concurrent development and implementation of locally optimized design drawings to realize the best vehicle specifications with speed, affordability and low CO2 emissions for our customers. 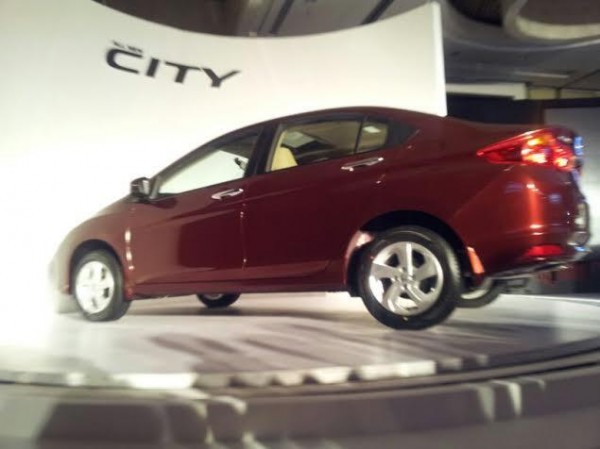 India, being a key strategic market for Honda in the Asia and Oceania region, has been specifically chosen to lead the global production for the All New Honda City with the 1.51 i-DTEC diesel engine which is already gaining popularity in the country. This makes India the first country to manufacture and sell the all New City, which will eventually be sold in 60 markets to help expand Honda’s footprint in some of the fastest growing auto markets in the world.

The grand concept for the all-new City is No 1 mid-size sedan impressing the whole world by being an Advanced Cool Stunner. “Stunner” is at the core of this concept and reflects sophistication and vigor while in motion and a striking presence when standing still. 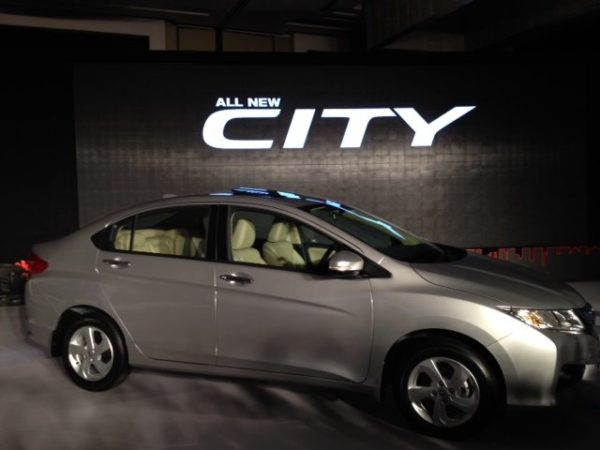 The new Sleek Cross-motion form exterior styling of the 4th Generation Honda City represents a breakthrough amongst conventional sedan styling uniting powerful One Motion Styling and elegant Coupe Styling to create a new expression with sporty feeling appropriate to Honda. Advanced in every way, it is the perfect look for the benchmark mid-sized sedan. The All New Honda City is sure to be the most stunning car on Indian roads. 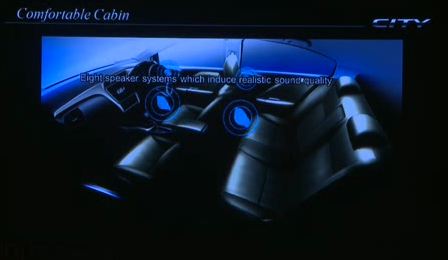 The packaging of the All New City delivers cleverly generated interior space that exceeds its class by further evolving Honda’s “man maximum machine minimum” concept which aims at maximizing the space available for people and minimizing the space required for mechanical components. While maintaining compact dimensions and realizing longer wheelbase, efficient use of space has been made for both driver and occupants to create a spacious interior cabin with widest front seat space and rear seat space beyond its class The All New City measures 4440 mm in length (same as its predecessor), 1695 mm in width (same as outgoing model), 1495 mm in height (10 mm more than the outgoing model) and 2600 mm as the wheelbase (extended by an additional 50 mm over outgoing model).

In the most spacious and comfortable City that has been possible ever, the sophisticated and futuristic Layered Floating Cockpit takes refinement and ease of driving to the next level The cockpit’s controls are concentrated for driver convenience and can be operated like a smart phone. For fun, comfortable driving, the cockpit’s advanced interface gives the driver intuitive control and instant access to all important information. 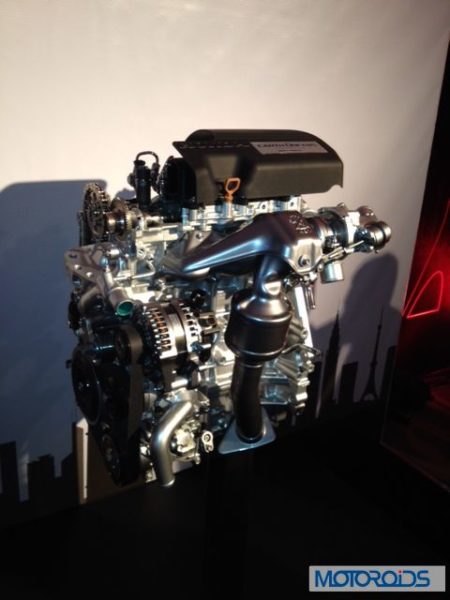 Focusing on the role and importance of Honda City for HCIL’s business, Mr Hironori Kanayarna, President and CEO, Honda Cars India said, ‘with the unveiling of the all new City, we enter a new era of Honda’s dominance in premium cars. City brand has been the face of Honda in India, enjoying strong leadership and popularity in its segment ever since its launch. India has been the focus market for Honda City. Thus it was befitting to have the global unveiling of the All New Honda City in India.” ‘There has been very high anticipation amongst the Honda loyalists who have been eagerly waiting for the 4’ Generation City and introduction of diesel in the model. We are sure that the car will further strengthen the bond with our esteemed customers: he added.

Honda City has been one of the most successful car brands in India with very high brand equity. First introduced in India in January 1998 and later launched as 2’1 generation in November 2003 and 3`fl Generation in September 2008, Honda City has received a tremendous loyalty with over 4.3 lakh happy customers across the country. It is Honda’s most awarded car winning 12 J.D. Power Initial Quality Awards amongst many other accolades and recognitions