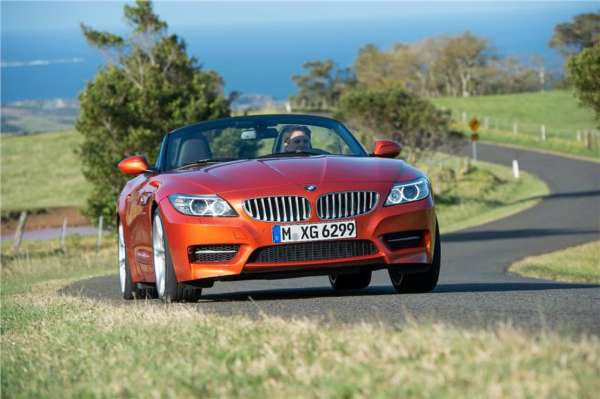 We reported in detail when it first emerged that the new 2014 BMW Z4 is headed to India. Now, the Indian subsidiary of BMW has confirmed that the refreshed Z4 will be officially introduced in the country on November 14.

The Z4 facelift was showcased in the beginning of this year and as with most of such updates, the changes that have been made to the roadster are primarily cosmetic in nature.

However, the 2014 BMW Z4 brought along a new variant- an entry level model that has been christened as the sDrive 18i. This variant is powered by a 2.0 liter gasoline engine that has a max power of 154bhp. and comes attached to an eight-speed auto ‘box. International markets also get an option of a six speed manual but safely expect it to be given a skip for India.

Talking about the cosmetic upgrades, the car comes with new 18”wheels, new LED headlights and some other minor tweaks. The car is available in three new colors.

The car also gets a bespoke black and orange theme. Buyers can also opt for optional Premium Sound System with higher output and 14 loudspeakers.  Abroad, the car can also be bought with an optional M Sport package that consists of Adaptive M suspension, 18-inch M light-alloy wheels and an M aerodynamics packag. Inside, the M package gets sports seats, an M leather steering wheel, M driver’s footrest, M door sill finishers and an anthracite-colored roof liner among other additions.