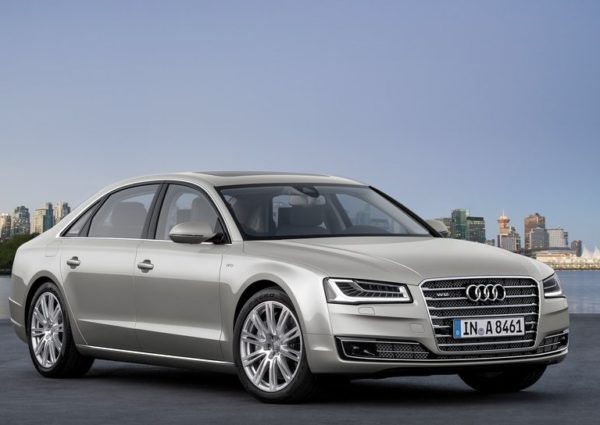 Our regular readers would know that the A8 facelift has been spotted testing in Mumbai on more than a couple of occasions. Today, the refreshed 2014 Audi A8 facelift made its public debut at the ongoing Frankfurt Motor Show.

The most talked about bit about the A8 facelift has to be its new Matrix LED headlights. The most commendable bit about these headlights is that the high beam can be used continuously without blinding the drivers of oncoming vehicles. This is because the projectors are connected to a camera, which detects the line of vision of the oncoming car’s driver and switches off the diodes that fall in the line. However, the remaining part continues to remain on high beam.

Other than the new headlights, which boast of cutting edge technology, the A8 facelift also gets a set of revised taillights. The car also gets new bumpers. On the inside, the car comes with an updated MMI system, along with an upholstery change and some additional equipment.

The car retains all its engine options. However, the motors have been tweaked for lower emissions and higher fuel efficiency.

Stay tuned to Motoroids for more updates on the 2014 Audi A8 facelift India launch.