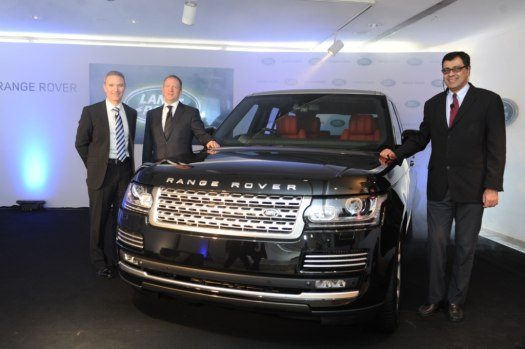 The new 2013 Range Rover sports a new aluminium chassis that makes the car incredibly lighter than the last gen model and helps enhancing the fuel economy and the ‘go-anywhere’ capability.

The luxury SUV comes loaded to the gills with high end technology and promises to be among the most comfortable vehicles off the road.

The 2013 Range Rover, which is on sale in India for a starting price of INR 1.72 crores, has generated a good market response in the country and takes the brand image to a higher level.

Now, it has emerged that such is the demand for the new car in US market that the US car buyers who wish to put their money on the new Rangie will have to wait for as much as 6 months to 1 year to get the delivery of their new car!

“We are asking for as many vehicles as we can get. The vehicle is sold out for six months to a year”, said Chris Marchand, executive vice president of operations at Jaguar Land Rover North America.

It may be noted that the US market doesn’t get the base variant of the new Range Rover and JLR’s new vehicle has met with a phenomenal success even with the more expensive variants.