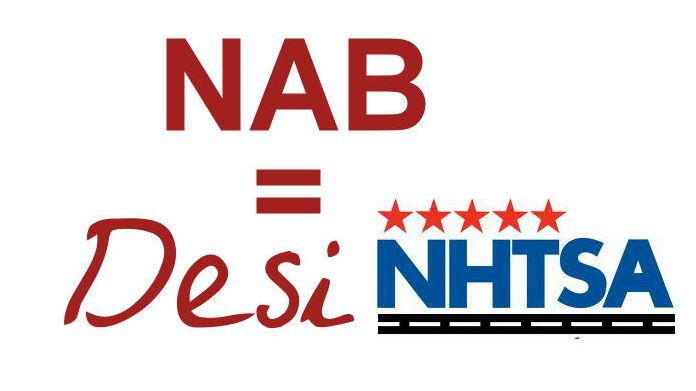 India will have its own, desi version of USA’s NHTSA. The National Highway Traffic Safety Administration in the US is a body which looks into the engineering defects in cars and asks carmakers to recall vehicles if found faulty in the interest of road safety. Till now there was no such body in India to overlook the technical aspects of a car and issue recalls.

Car makers have thus far been recalling cars voluntarily. A few other carmakers on the other hand have managed to go scot free even after several engineering defects having been reported by the customers. There isn’t currently any legal framework to tighten the noose around car manufacturers selling compromised from an engineering standpoint. This may, and does pose a direct or indirect danger to occupants’ safety. The introduction of such a body, thus, is a welcome move. The NAB will go functional in a few months from now.

We love the idea of having a watchdog to look into all technical aspects of automobiles in place. However, we are also afraid that the body may end up being used by a handful of officers and ministers to arm-twist car manufacturers into coughing up money as bribes to avoid a recall. It doesn’t take much to project a small snag as a life threatening issue. The NAB’s powers may just corrupt it. It’s India, after all, and we know how things work here. We won’t be too surprised if an Indian carmaker prefers paying up the authorities than going through the rigors of a recall. We just hope the new body operates in a professional manner and there are enough checks and balances in place to ensure its transparent functioning.

What do you think?