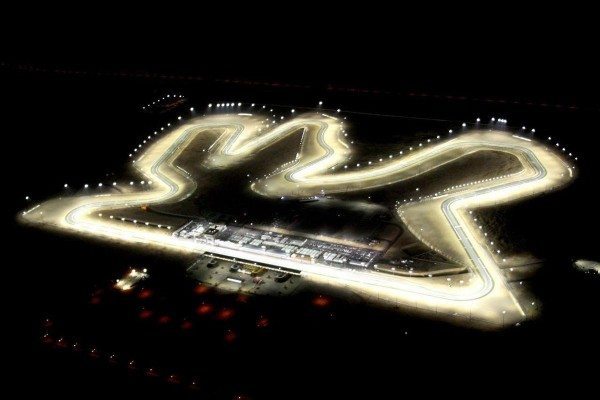 Come October 17th and the Losail International Circuit in Qatar would light up for the MRF Challenge 2014. The FIA sanctioned MRF Challenge- the first Indian based motorsport series which went international last year would start the 2014 Challenge with a Night Race in Qatar.

The Race Calendar include 12 races, and the leading single-seater racing category would head to Bahrain for the second round in November with the finale placed in Chennai in January 2015 with a prize money of INR 65,00,000/-. Following is the official schedule of the MRF Challenge 2014: 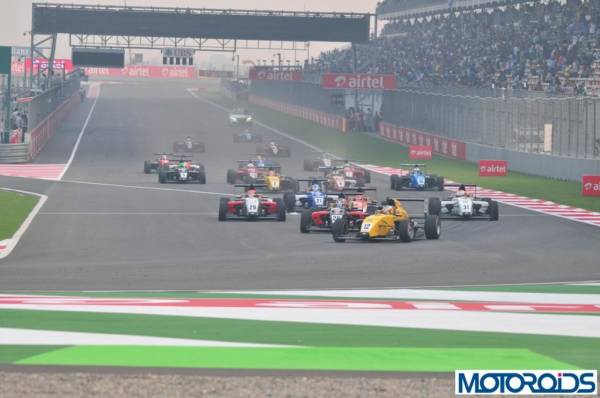 Mr. Arun Mammen, Managing Director, MRF Tyres, comments “We are excited to launch the third season of the MRF Challenge. The last two years of the MRF Challenge has been a success beyond our expectations and we are keen to further build on this. We are pushing the envelope further this year and are happy to start the year off with a night race, which is probably a first for an Indian based motorsport series. The World Endurance Championship is one of the biggest motorsport series globally and it will truly be a pleasure for us to race with them on the same weekend in Bahrain. The R&D team has been working really hard to ensure we provide the best possible tyres for the Challenge and this will further help develop tyres for road cars. With regard to the drivers, we have a great set of young hopefuls with a lot of potential from around the world, with 4 Indians on the grid.”

The MRF Challenge 2014 will comprise of 16 MRF Formula 2000 race cars made in India by Coimbatore based JA Motorsport, in technical collaboration with Dallara and Jayem Automotives Ltd (strategic partner for Tata Motors Ltd). The MRF Formula 2000 race cars powered by a 2.0 litre 210 BHP Renault Sport Engine with a Hewland 6-Speed sequential gearbox are considered to be the fastest of its kind in Asia. Shod with with MRF ZLO slick and wet tyres- these cars have also been crash tested to FIA F3 safety standards. 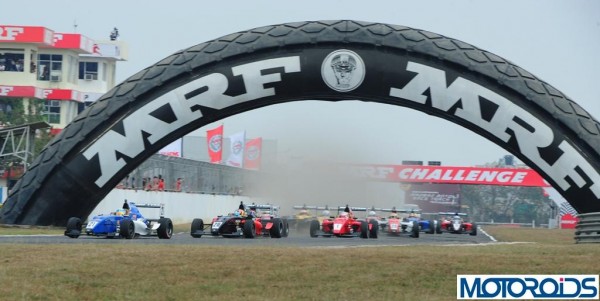 Mr. J Anand, Managing Director, JA Motorsports commented, “The commitment from MRF Tyres continues to impress me as they continue to play a pivotal role in promoting Indian motorsport both nationally and internationally. To have an Indian based series, with Indian tyres and racing cars made in India is a proud moment for any Indian. I am confident we are going to have another great season of racing with some great young talent on display.”

Tarun Reddy, winner of the MRF 1600 Championship, last month will be racing in Qatar and will be joined by fellow MRF 1600 race winners Lee Keshav and Vikash Anand. Also Raj Bharath is marking his return to the series for the 2nd consecutive year. Its Hunt vs Lauda once again with Freddie Hunt and Mathias Lauda at the centre of the action and would be looking to resume the racing legacy of their fathers. British F3 driver Camren Kaminsky would also be part of the Challenge along with GP3 driver Ryan Cullen and Australian driver Dylan Young.

Narain Karthikeyan who drove in the final round of last year’s championship said,” The most encouraging aspect of this series is that MRF Tyres is constantly trying to improve the show. It is undoubtedly one of the fastest one-make single-seater in this part of the world which plays a big role in promoting young talent. I have been working closely with the team over the past year to further develop the tyres and the car and I am confident that the young drivers will enjoy their racing machines this year. I wish the MRF Challenge all the best for this year!!”