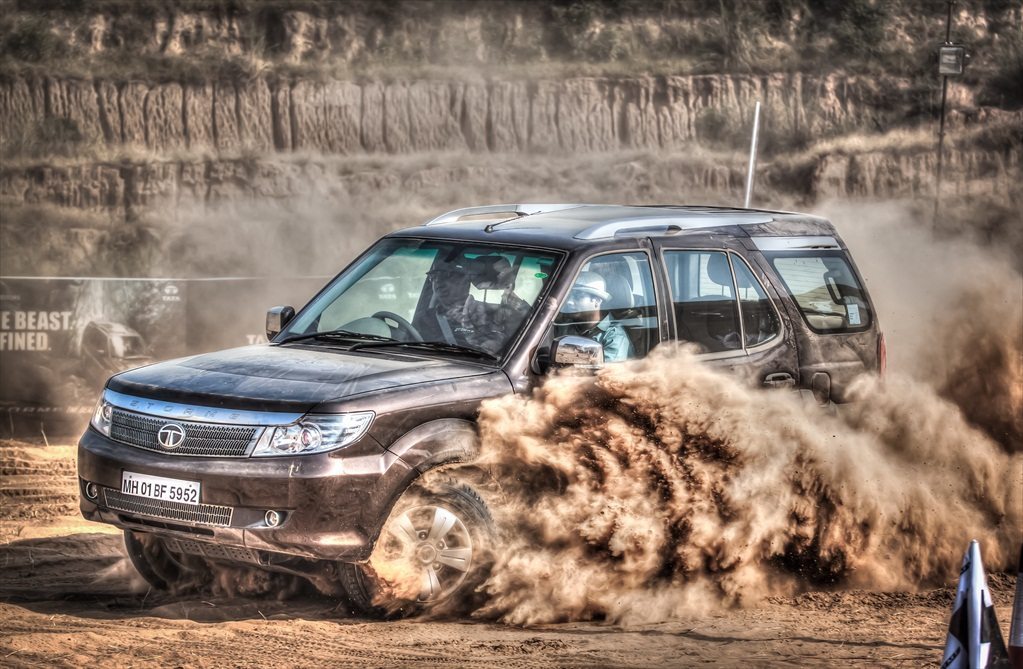 We have always felt that Tata Motors could have done a lot more for the Safari moniker and now it has emerged that the manufacturer might  be coming up with a new variant of the Storme as soon as in late 2013.

It may be noted that Tata has always been quick with launching new variants of their cars and the Storme might very well get a lot many new bits to make it more appealing.

The new variant of the Safari Storme will be powered by the same 2.2 litre oil burner but in a higher state of tune. Easily expect a power-torque rating of 160bhp-400Nm. The updated engine will come mated to an auto ‘box for enhancing the waftability of the Tata SUV.

Further making the deal sweeter would be a longer list of goodies like a Harmon Kardon In-Car Entertainment setup.

The Tata Safari Storme borrows its hydro-formed chassis from the slow selling Aria. The Storme also comes equipped with disc brakes on all four wheels and the shift-on-the-fly 4WD system.

We recently saw a camouflaged Tata Safari Storme on test duty. Back then, we were scratching our heads guessing what the manufacturer might be having up its sleeves. The sighting of Storme test mules does make a lot of sense now and we would like to assume that Tata Motors  has been busy with testing the upcoming variant of the car.

The upgraded Safari Storme might very well give a good fight to the very popular Mahindra XUV500. What with the XUV500 Automatic still some time away from us.