Custom motorcycles need to stand out and to achieve that, builders often place form over function. Tweaked by K-Speed, this modified Royal Enfield Interceptor 650 has found the most unusual place for its instruments which measure the engine’s and the motorcycle’s speed. The factory-fitted dials are now placed vertically on a metal plate, next to the engine. 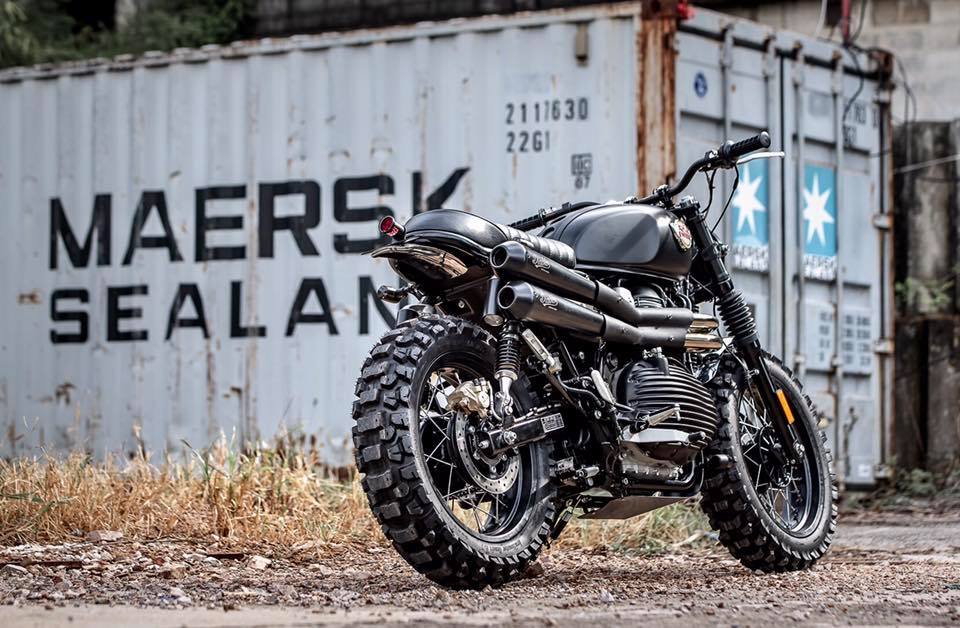 Besides the quirky, this motorcycle has been fitted with massive knobblies, where the pattern is so aggressive, it looks like it could crush everything that comes in its way. The front and rear section are a massive 130/60, wrapped around blacked-out rims. The scrambler-styled build has been fitted with twin Diablo pipes, with heat shielding in the middle to protect the rider’s skin and a shehnai-like end can. Exposed portions of the engine have been fitted with shields and there are custom side panels with mesh openings for the airbox to suck in more of it. 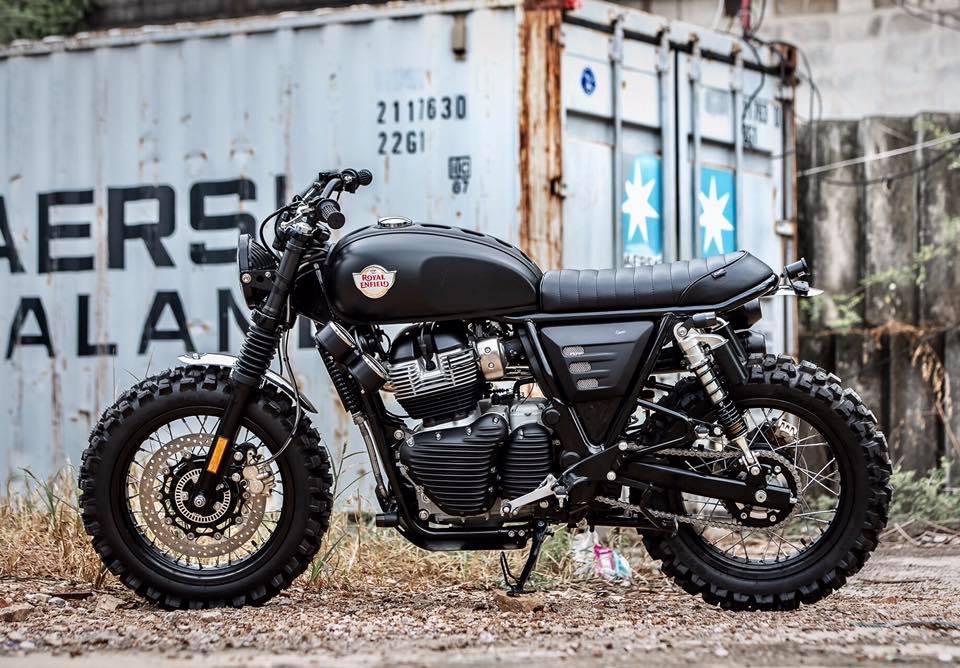 The rear section has been chopped and fitted with a custom saddle, a metal bash plate has been fitted underneath the motor, and there’s an LED light upfront. The standard handlebar which comes with a brace has been replaced with a wider, custom pipe which also gets simpler switches and most of the components have been blacked out to achieve visual stealth. We would’ve loved it even more if the standard front forks were replaced with USDs with massive travel to go with those knobblies. 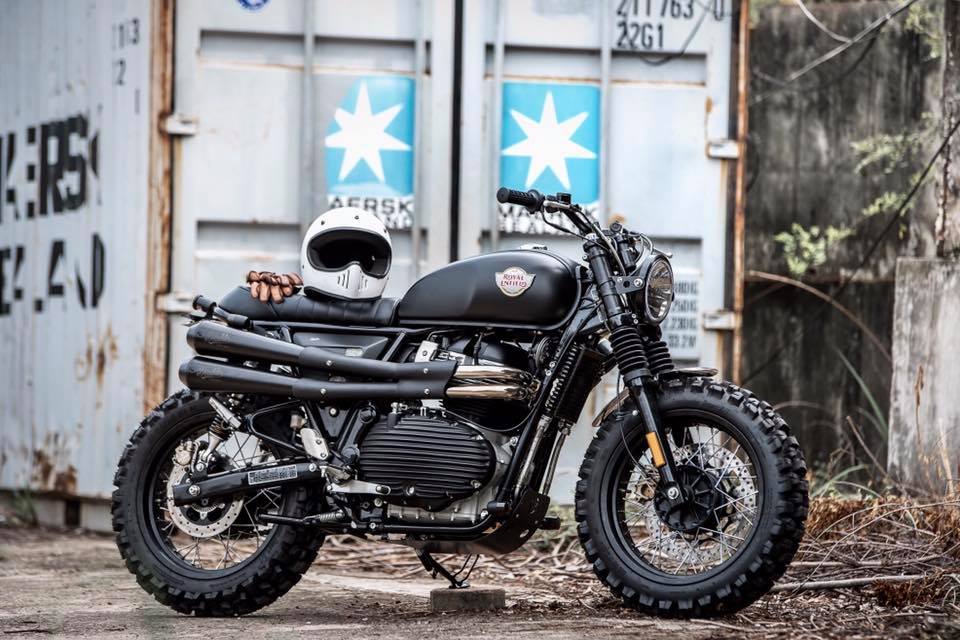 Coming back to standard bikes, Royal Enfield has been busy upgrading its 350cc and 500cc line up of motorcycles, which will be ready to meet the upcoming BS-VI norms. Expected to be launched a few months before the norms are in effect, the Classic and Thunderbird range will get revised styling, modern switches and dials, and will be built better. Although not much is known about the changes which will happen to the engine, it is being said that the 350cc and 500cc models will be shunned for one motor which will find a middle ground in terms of cubic capacity. We’ll keep you posted with more information on that. Until then, stay tuned!