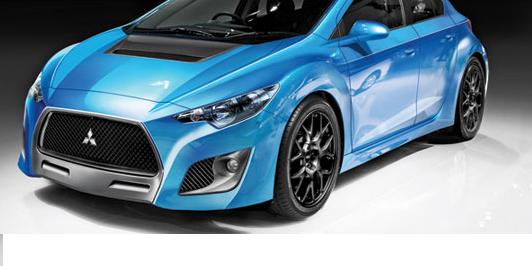 Mitsubishi is busy working on its future ‘lanevo’ (Lancer Evolution). The  new evo should be out in 2013 and the upcoming car is far from what you’d expect from a brand of cars that have instilled fear in rivals in the cross-country rally scene with its formidable gasoline motors mated to four-wheel drive systems. The current version, the Misubishi EVO X, fails to give even a subtle hint about what is in store for us in future. Cutting the long story short, upcoming generation of EVO is supposed to be a hybrid!

Mitsubishi President Osamu Masuko has confirmed this with a few publications but refrained himself from revealing anything about the other technical details. As per him, the Mitsubishi EVO XI will feature a (surprise surprise !!) diesel-hybrid power-train. Yes, no joking here, and if you stood up from being seated, I request you to resume with the sitting. The new changes will do a substantial bit with controlling emissions. Now, the EVO is known for terrifyingly quick 0-100 kph dash and unmatched reflexes. Revolutionary changes or not, the new EVO XI can be safely expected to retain its brilliant handling and gob smacking performance .A green car that hunts apexes for breakfast and is quick enough to bite off chunks of metals from the rear of Ferraris. Bring it on!.