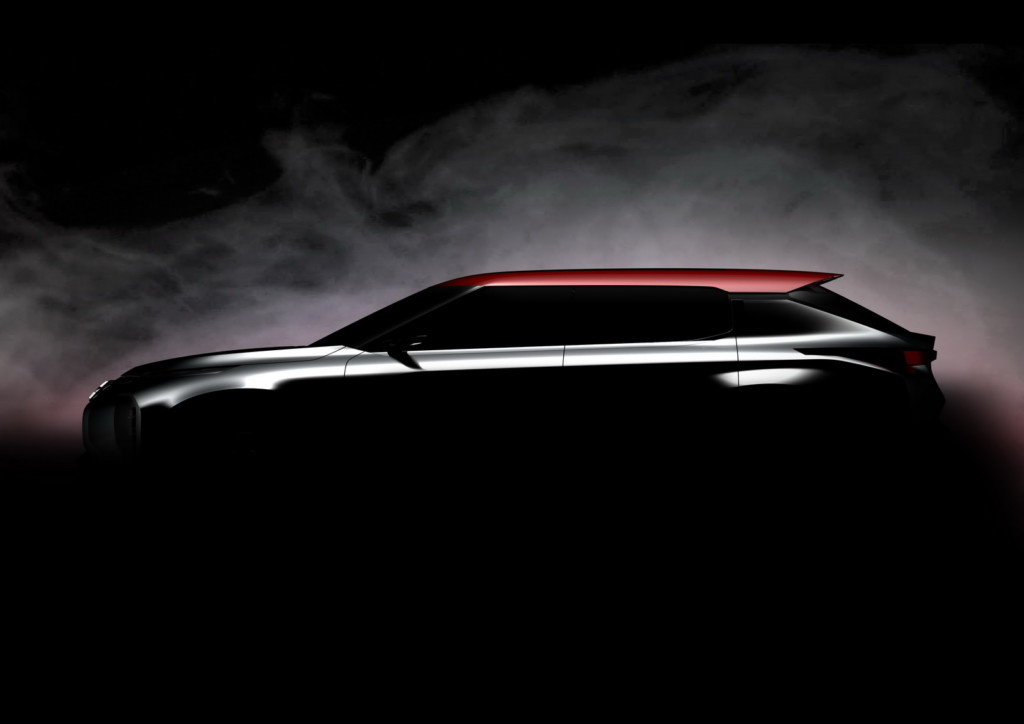 Following the unveiling of the Concept XR PHEV II and eX Concept at the 2015 Geneva Motor Show and the 2015 Tokyo Motor Show respectively, Mitsubishi will showcase the third development of its ‘Dynamic Shield’ design philosophy with its latest concept to be unveiled at this year’s Paris Motor Show.

Called the Ground Tourer Concept, the teaser previews a concept vehicle that hints at a possible replacement for the Outlander. The concept’s sleek profile includes a floating roof finished with an integrated rear spoiler in cherry red, along with a slim glasshouse with raked front and rear screens. The front end is likely to feature big air intakes on the bumper. No other details were released by Mitsubishi, apart from the fact that the Grand Tourer Concept will feature the brand’s plug-in hybrid electric vehicle (PHEV) technology.

Apart from production version of the Ground Tourer, the Japanese company will start its SUV onslaught with a B-Segment SUV in 2018, which will be based on the eX concept and take on the likes of the Nissan Juke. Also due in the same year is a bigger crossover based on the XR PHEV II study to slot between that and the Outlander replacement. Finally in 20121, there should be the new Shogun/Pajero/Montero as their flagship model