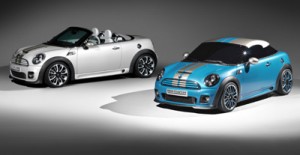 It’s official, MINI is finally coming to India. The British premium small car manufacturer made the announcement at the Frankfurt motor show.Ian Robertson, Member of the Board of Management of BMW AG, Sales and Marketing said, “We will come to India with the hatchback, convertible and Countryman range of vehicles at a very competitive price tag.”Like the global markets, India will get the second generation of the MINI, which may not look much different from the earlier car, but features better power plants as well as improved safety and comfort standards.The MINI hatch is the 21st-century version of the original Mini and will compete with the likes of the Volkswagen Beetle. The Convertible is the open-top variant of the hatch and features a power-retractable soft top. The Countryman is a crossover SUV and the first five-door Mini ever. Indian buyers will get to choose between 1.6-litre petrol and diesel engines.
The company is carrying out feasibility reports for assembling its cars at BMW India’s Chennai plant. MINI will set up its own dealership network in India, with cars expected to hit our shores by 2012..
News
,
Comments
Leave a Reply Cancel reply