Home Features Mindrevvin’: Why the KTM 390 Duke, not the RE Continental GT Should Have Been the IMOTY 2014 Winner 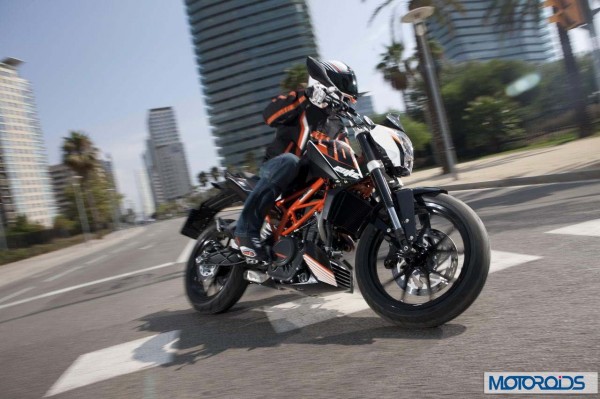 So, the jury is out. The scintillating new RE Continental GT has stolen the show for Royal Enfield, for the first time ever after the inception of IMOTY. This must be a moment of great pride and joy for the Chennai based bikemaker which holds its own when it comes to motorcycle history and heritage against the best and the brightest in the world. There is no taking any credit away from the enterprise of the Indian manufacturer, which went back to the drawing board after a very long time, and created a new machine which arguably boasts global appeal and not so arguably, a glamorous personality.

As a standalone product, from a motorcycle manufacturer which has been churning out spinoffs of a couple of basic architectures for a very long time, the continental GT is a laudable effort. It comes across as a breath of fresh air as regards visuals, introduces us to a new market segment (which, BTW is a very small niche in the Indian context), and tries (mind) to reinvent the brand from a technical standpoint as well.

That’s all good, and worth an applause, but only when we look at RE as a bike manufacturer in isolation – not when we consider the complete picture. You really have to discount a lot of things when you start appreciating a motorcycle manufacturer for what RE has done with the Continental GT. In all honesty, ground-up products with fresh new designs are everyday business for most modern bike makers. So, in essence, the additional hype that the Continental GT has managed to win is courtesy the fact that ‘it’s one of those rare occasions’. 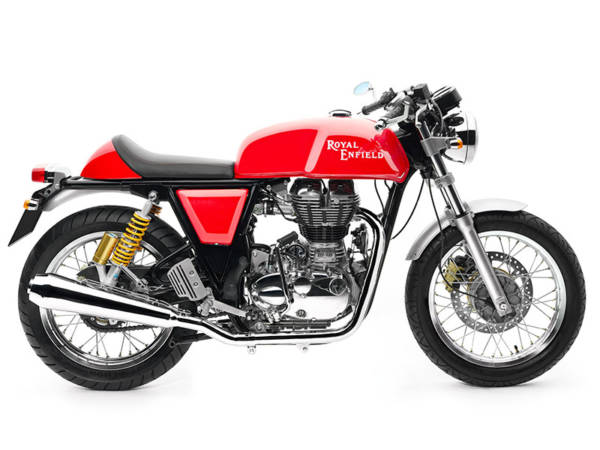 Let’s start by asking some questions, which should be central to all auto awards, especially in the Indian context before awarding a bike the prestigious IMOTY. Was it the single most important bike for the year? Did it have an ineffaceable impact on the psyche of the Indian motorcycle buyer and the Indian market as a whole? Did it bring something appreciably new to the table as regards technology and development? Will it push the envelope and make the others in the industry try and play catch up? Finally, does it represent good value?

Thankfully, the answer for some of those questions is a yes for the Continental GT. The Continental GT delivers something visually new to the Indian market. However, it achieves the feat by delving into what’s an old concept for the more developed markets. A retro styled racer sure is a novelty for the majority of us here in India, but it’s a done to death notion in evolved countries. RE have tried to do once again what they did ‘much’ better back in the 60’s – but I’m at my wits’ end pondering how to term it as progress. Heck, it doesn’t even hit the mandatory ton to be termed a proper Café Racer – and we’re talking about the year 2013.

The Continental GT will sure draw some customers into the newfound Café Racer segment in India. But how big is the draw, really, keeping in mind the Indian setting. Does it change the way the Indian bike bazaar functions to any effect? The answer has to be a resounding no. Those who go after this beauty will essentially be the fans of the brand, with a deep emotional connect with the marque. These are the customers who will buy an RE, no matter what! Their numbers are limited though, and there is no reason why any of the other bike manufacturers should be worried about them.

Now let’s talk a bit about the KTM 390 Duke, which lost sensationally to the new Indian kid on the block in the Grand Finale. Does it change anything? Well, in my humble opinion, it changes everything! To all the motorcycle manufacturers in India who thought that a 250cc single with a 20 something bhp of peak power was the definition for affordable, sustainable performance biking in the country – the KTM 390 Duke, with its offer pricing came as a rude shock. It shook the industry up from its slumber, offering truly thrilling performance at a price which was extremely competitive to say the very least.

For those who thought it was okay to spend an age developing a basic, indigenously developed 250 single, depriving the enthusiasts from an affordable ‘real’ performer, the KTM 390 Duke brought the late news that the world has moved on, and that India is very much a part of the very same world. It proved that contemporary technology and ‘real’ performance could be delivered at a very affordable price by machines which are ‘built in India’.

More than anything, by offering a true performer, with 44 horses on tap and a true 160 kph top whack, the Duke raised the bar not just for the industry, but for the enthusiast as well. It made him realize it was not a sin to aspire for a true performance bike at a realistic price. It finally did what should have been done 15 years ago – it made those 220cc machines with their stupidly tall performance claims look uncool.

And that explosive balance of power, performance and price wasn’t the only thing that the KTM brought to the table. When else did you see those inverted forks on any mainstream Indian bike before? The power to weight ratio of a crazy 293 bhp/ton has never even been heard before in this part of the world. And just to let you know, it comes with liquid cooling and ABS as standard, which represents value, if nothing else. Better handling, better performance, better technology, better features and better price – we really wonder where the KTM 390 went wrong.

To the Continental GT’s credit, its 44Nm of torque makes it a more tractable bike within the city. It looks lovely, and has an unmatched heritage to bolster its appeal. But then again, there’s nothing about those facts that changes anything, especially when I compare them with those of the KTM 390 Duke. The concept, and its execution is brilliant from RE’s own point of view. I compliment their design and marketing brains wholeheartedly for creating an appealing product which is sure to do a whole world of good to their company – but for me, as a clinically neutral, customer, it’s no game changer. I would really like to see some real progress from RE, maybe a product which merits itself on what it is, than what it once was, before I hand that coveted trophy to Mr Siddharth Lal.

Don’t have me misunderstood though. I love the Continental GT as a product from the RE stable. I appreciate its retro-styled lines, its charm and appeal. All I mean to say here with this little piece here is that for a customer, and for the Indian bike industry, the Continental GT’s launch hasn’t had an effect as far reaching and critical as that of the KTM 390 DUKE. And thus, the latter, not the former, should ideally have been the Indian Bike of the Year 2014.