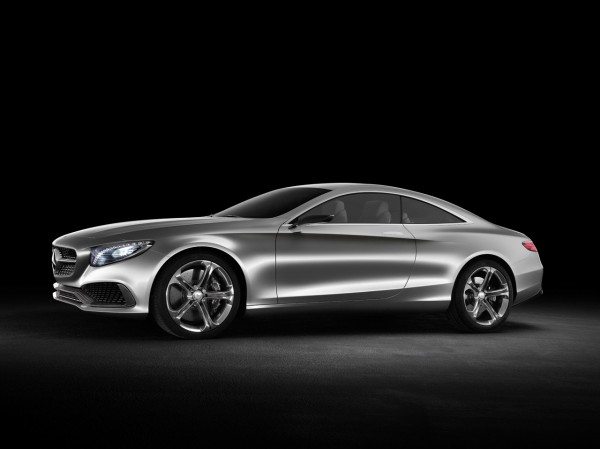 Unveiled at the ongoing Frankfurt Motor Show, the new 2014 Concept S-Class Coupe is the pre-cursor to the much awaited CL-Class replacement. The S-Class Coupe that this concept would spawn should borrow enough styling cues from this design study and would much more aggressive than the sedan variant.

The front end of this concept has some resemblance with that of the CLA-Class and would have elongated headlights and a more in-your-face grille. When viewed in profile, there is enough (read: pillarless windows and the distinctive roof arch) to remind us of the traditional styling of the CL-Class. The rear is surely the most exciting bit, with a stubby decklid, SLS-AMG like horizontal taillights and bold haunches.

The interiors of the Concept S-Class Coupe are sportier, more fluidic and much more attractive than that of the sedan. The car has a 2+2 layout and comes with 12.3-inch digital displays and a lower touchscreen displaying a customizable quartet of world clocks.

The Concept S-Class Coupe comes with various features such as Intelligent Drive system, Magic Body Control, et al. All of these have been borrowed from the sedan.

Powering this concept car is a 4.6-liter Biturbo V8 motor producing 449 hp of max power and 516 pound-feet of peak torque. While the production spec S550 Coupe that this car would spawn is likely to get the same engine, the long hood suggests that the possibility of S65 AMG Coupe with a V12 under the hood can’t be dismissed.

Don’t be too surprised to see the production version of the S-Class Coupe make its public debut in next few months of time.