Dealers for Mercedes-Benz India have already commenced the bookings for the GLA 220 CDI. The GLA can be booked with a payment of INR 1 lakh. Powering the GLA 220 CDI will be the same  2143cc diesel motor from the A-Class diesel. For the GLA though, this motor churns out a healthy 167 bhp of max power and 350 Nm of peak torque, instead of the puny 107 horses it produces in the A-Class diesel. 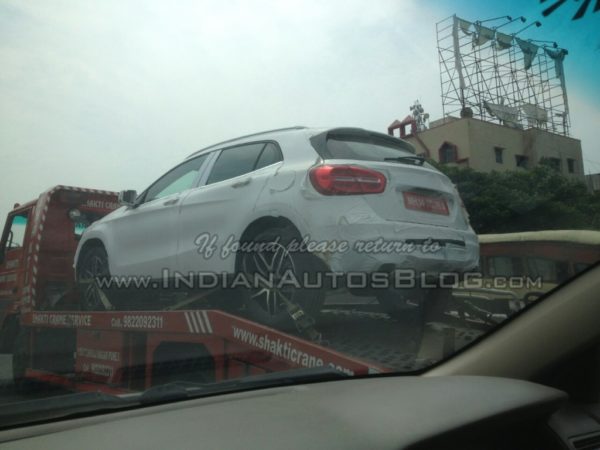 The GLA rides on the MFA (Mercedes Front wheel Architecture) which also underpins the A-Class. The GLA sits taller than the A-Class and also gets a body cladding, skid plates and roof rails which complete the SUV’s appearance. On the inside, the GLA gets a similar cabin as of the A-Class with the SLS inspired AC vents and the centrally located COMAND screen.

Merecdes-Benz India will be launching the GLA via the CBU route, similar to the A-Class and B-Class models. Deliveries for the GLA 220 CDI are expected to happen around September-October this year. The company may also launch the petrol variant in the future.

Stay tuned to Motoroids for more dope on the Mercedes-Benz GLA Compact SUV India launch and other details.