German luxury automobile manufacturer Mercedes-Benz is all set to launch the GLA Class facelift in India next month. The new GLA is set to make its Indian debut on July 5, 2017 at an event in Mumbai. The GLA Class facelift was officially unveiled earlier this year at the 2017 Detroit Motor Show. 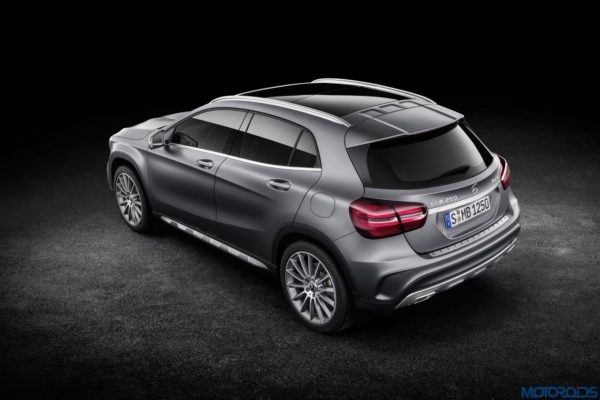 Up-front, the mid-life facelift of the GLA features a tweaked bumper, new grille, LED headlamps. The side profile of the model receives new alloy wheels while the rear profile is now equipped with redesigned LED tail lights which can be controlled in three intensities.

Inside, the Mercedes-Benz GLA Class facelift receives a new eight inch touchscreen infotainment system, a chrome frame for the storage compartment on the centre console and chrome finished switches for the electric seat adjustment. Also on offer is a new 360 degree camera with a bird’s eye view that shows the car’s surroundings via the media display. 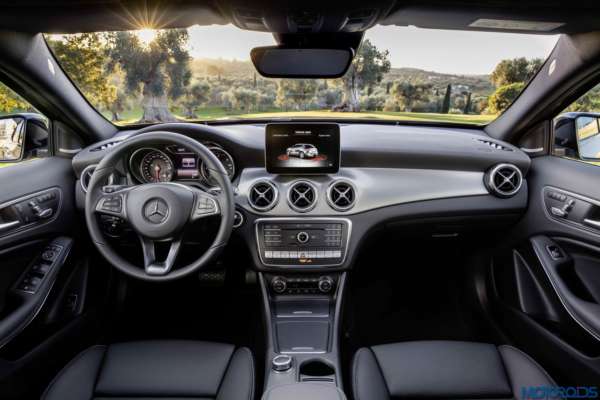 A few other highlights of the new Mercedes-Benz GLA facelift include Active Brake Assist, Attention Assist and hands-free access for the boot lid, which can now be opened and closed with the foot movement. The model now stands 30mm higher, courtesy of a revised suspension setup.

Engine options will remain unchanged and hence the Mercedes-Benz GLA Class facelift will continue to be powered by the same set of engines. These engine options include a 183 hp 2.0-litre petrol engine and a 136 hp 2.1-litre diesel engine. Transmission duties will be taken care of by the conventional seven speed automatic transmission.