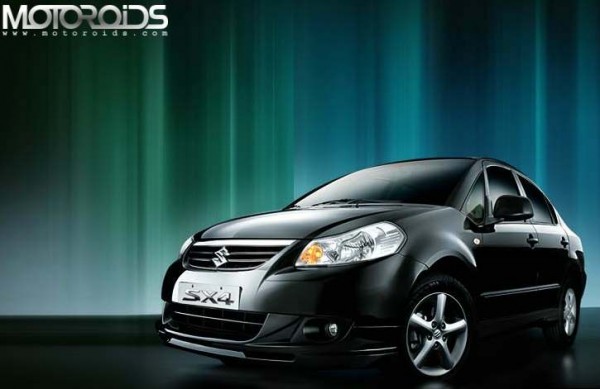 The rumours of Maruti Suzuki planning to launch a diesel variant of its Sx4 sedan have been floating around for quite some time now. Some more details have finally emerged about the news. According to the some reports that the SX4 sedan’s diesel variant will most likely hit the showrooms by March 2011. The SX4, without having a diesel option doesn’t make for a very lucrative buy with its guzzly gasoline engine. A diesel would make the SX4 a much more desirable car in its segment with better driveability and efficiency.

Maruti Suzuki will most likely use an uprated version of the 1.3 litre DDiS mill used in the Swift and Dzire for the SX4 diesel. The re tuned version, just as in the case of the Linea will produce a peak power of 93 bhp (against the Swift and Punto’s 75bhp). The car is reportedly undergoing testing and is at a very advanced level of development. Maruti is still holding its horses as regards the launch as it is facing a capacity constraint owing to the runaway success of the Alto K10, and other hatches like the Swift and the Ritz.  The SX4 currently sells around 2000 units, and the numbers can be expected to increase by around 50% if Maruti gets the diesel option right.