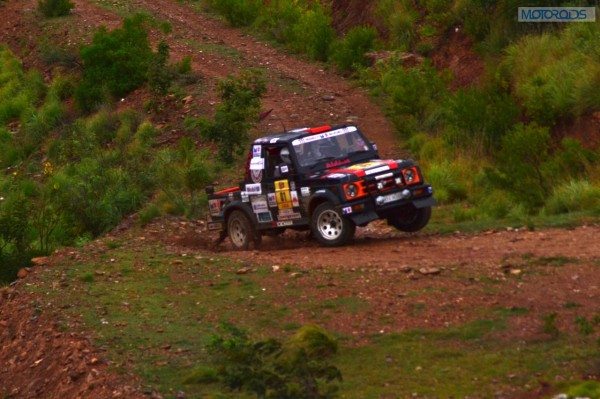 South India’s longest motorsports rally, the 2000 km Maruti Suzuki Dakshin Dare, started from Bangalore for two super stages named the Windmill leg. Traversing a total of 400 kms during the day in the Extreme 4 Wheel category, last year Dakshin Dare winner, Amanpreet Ahluwalia along with his team mate Sudeep in his Maruti Gypsy led the pack clocking 30:35 in the first leg of this annual event. In second place, Team Maruti duo Sandeep Sharma and Varun Davessar driving a Maruti Gypsy clocked 30:42. Druva and Roopesh (31:03) grabbed the third position. With Suresh Rana driving a Maruti Gypsy from Team Maruti currently standing at the sixth spot (31:42), the stiff competition amongst the top 6 drivers is evident, as they all had a time difference of approximately one minute. 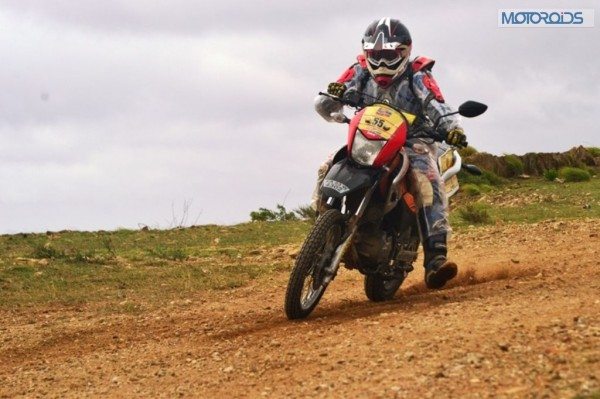 In the Extreme Bike category, defending champion of Dakshin Dare 2013, Natraj maintained his lead on day one of this year’s Dakshin Dare as well. He was followed by Mohit Verma (32:18) and Promod Joshua (32:22) who stood second and third respectively.

In the extreme category, vehicles covered a liaison distance of 250 kms North West of Bangalore to reach at the quaint region of Chithradurga. The stage was speckled with numerous windmill farms, tense cloud covers, bold rock hills, strong winds, and uneven roads across the mountainous region. The hairpin bends and gravel in the route made it tricky to traverse and maneuver through. 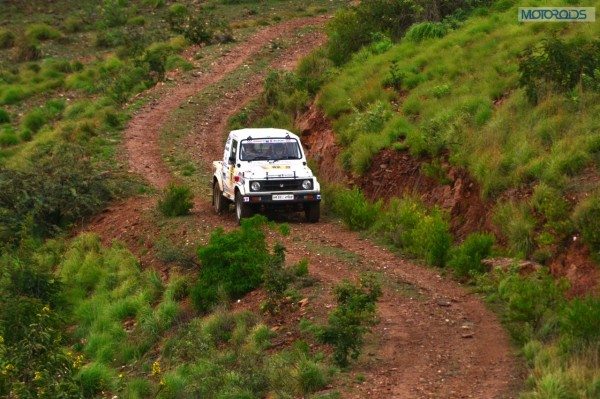 Tomorrow, the extreme category vehicles will move about 338 kms towards the charming little town of Hospet on the banks of Tungabhadra river by end of the day. 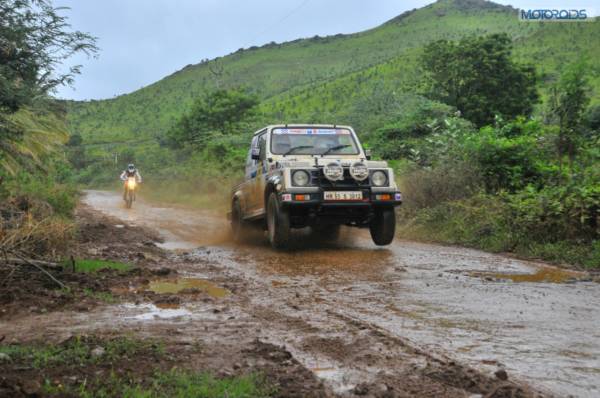 The second day of Maruti Suzuki Dakshin Dare 2014 came to an action-packed end. Starting from Davangere amidst light shimmers of rain, the rally set off for Chitradurga- which hosted the day’s two stages in the ultimate car and one in the ultimate bike categories.

Traversing a total of 475 kms during the day in the Extreme Car category, Team Maruti’s   Sandeep Sharma and Varun Davessar, driving a Maruti Gypsy, clocked 1:02:27 to snatch the lead at the end of second leg of the rally, from the defending champion and leader from leg 1,AmanpreetAhluwalia who unfortunately slipped to the 8th position after receiving a stop and go penalty. Team Maruti drivers Sanjay Agarwal and Venu, also driving a Maruti Gypsy, stood second with a time of 1:03:02. Close at their heels were Karan AM and Shahid Salman in a Maruti Suzuki Baleno, placed third with a time of 1:03:15. With their signature grit, nine time Raid de Himalaya champion Suresh Rana and Parminder Thakur tore across the track, in their Maruti Gypsy, to better their performance from day one and finished with a time of 1:03:23, securing the fourth rank. The rally heated up as it advanced to the second stage as the final time difference between the top 4 contenders came out to be less than a minute. 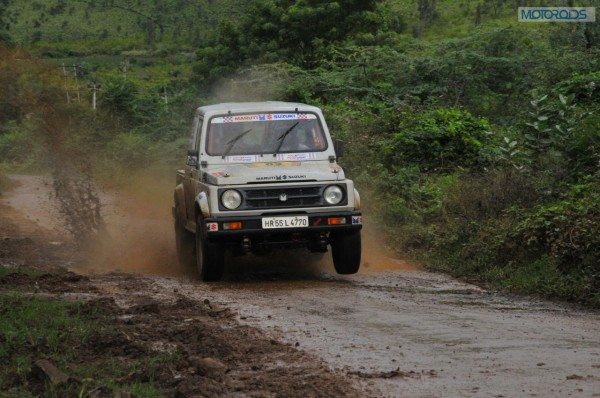 In the Extreme Bike category, defending champion of Dakshin Dare 2013 and yesterday’s leader, Natraj maintained his lead on day 2 of Dakshin Dare 2014 with a time of 45:36. Same as day one, he was followed by Mohit Verma (47:17) and Promod Joshua (48:44) who stood second and third respectively. 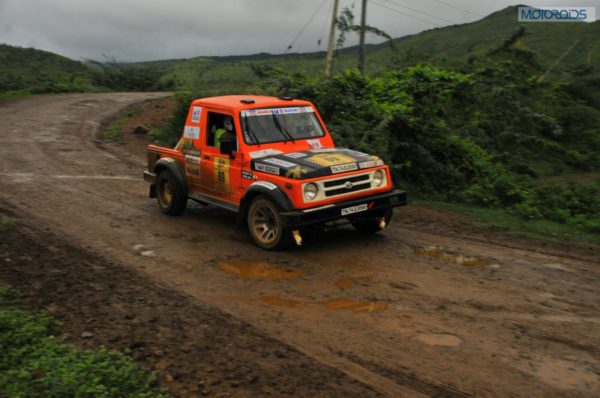 The second day’s route of the Extreme category was a mix of tarmac and dirt which allowed the cars to display zooming-high speeds in the relatively flat terrain. Stretching over a distance of 44kms the leg featured potholes, patches of slush and sharp corners which created a challenge for the drivers and put their driving skills to the pedal. The day saw intense action with competitors really giving their best.

The Honda city running on third place yesterday, i.e., Druva and Roopesh crashed out as it went off the trail in the first stage of day 2.

In the extreme category, traveled via Chitradurga and headed towards Hospet, which will host the rally for the coming two days.

Stay glued to Motoroids for more action from the event.