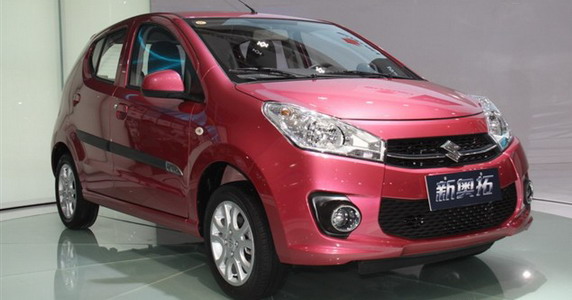 We reported in detail when pics of China bound Suzuki A Star (Alto) surfaced on the web world. AutocarPro says that the Maruti Suzuki A Star facelift will be launched in India later this year.

It may be noted that the Maruti Suzuki A-Star is actually the latest generation of Suzuki Alto hatchback.

The refreshed A-Star gets a revised front fascia with a new set of headlamps, fog lamps, grille and the front bumper. We have always felt that the A Star looks quite girly and the good people at Suzuki have done a good job with making the front end smarter and more matured. At the rear, the car gets a revised bumper and a new design motif and LED treatment for the tail lamps. The end result is that the rear now looks far sportier and more upmarket.

Power option remains to be the same 1 Litre, three pot K-Series motor but in a different state of tune. The updated motor produces 71 Bhp, which are good 3 horses more than current version and also offers slightly better low end grunt.

We feel that a price cut and a facelift might work wonders for the slow selling A Star. What do you say?