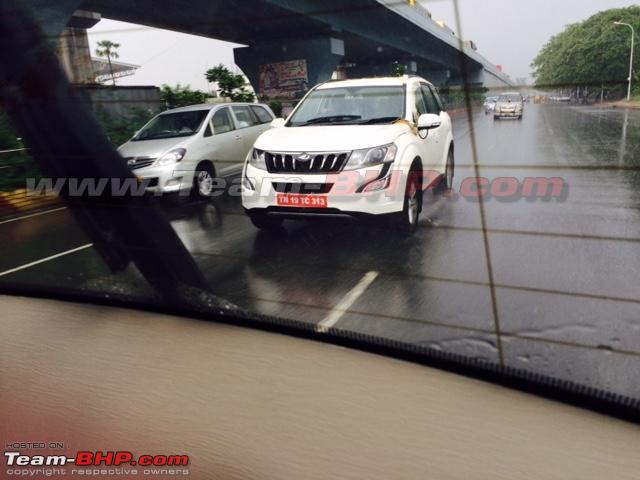 Remember the Mahindra Scorpio Rev116? Powered by a Renault sourced, 2.0-litre, 116 bhp petrol engine, it was launched with the first generation Scorpio in 2002. Lackluster sales led to the REv116 variant’s early demise. Mahindra’s utility vehicles haven’t seen a petrol motor in them ever since. Until now. New spy images clearly point to a petrol fuelled XUV500 that’s in the works.

Contradictory reports are afloat regarding the petrol engine. While some say that it will be built around the block of the existing, 2.2-litre, MHawk diesel engine, other reports point out to it being an all-new motor, jointly developed with Ssangyong. 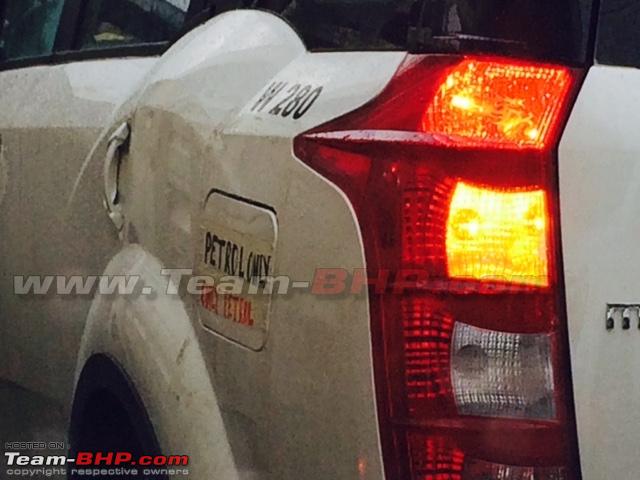 We strongly believe that it’ll be the latter, as Mahindra and SsangYong are jointly developing a new range of petrol engines for future Mahindra and SsangYong products. Two petrol engines are under development –  a 1.0-litre, three cylinder, turbocharged unit, and a 1.2-litre, three cylinder unit, along with a 1.6-litre four cylinder unit that’s already doing duty in the SsangYong Tivoli. All three engines are based on the same platform.

While the 1.2-litre petrol engine  is expected to be powering the upcoming S101 compact SUV, the bigger 1.6-litre petrol engine could find itself under the XUV500’s hood. In the Tivoli, the 16-valve mill, all of 1597 cc, makes 126 bhp @ 6000 rpm, along with 160 Nm @ 4600rpm. The XUV500 petrol will reportedly feature a new, Aisin sourced 6-speed automatic transmission, again shared with the Tivoli.