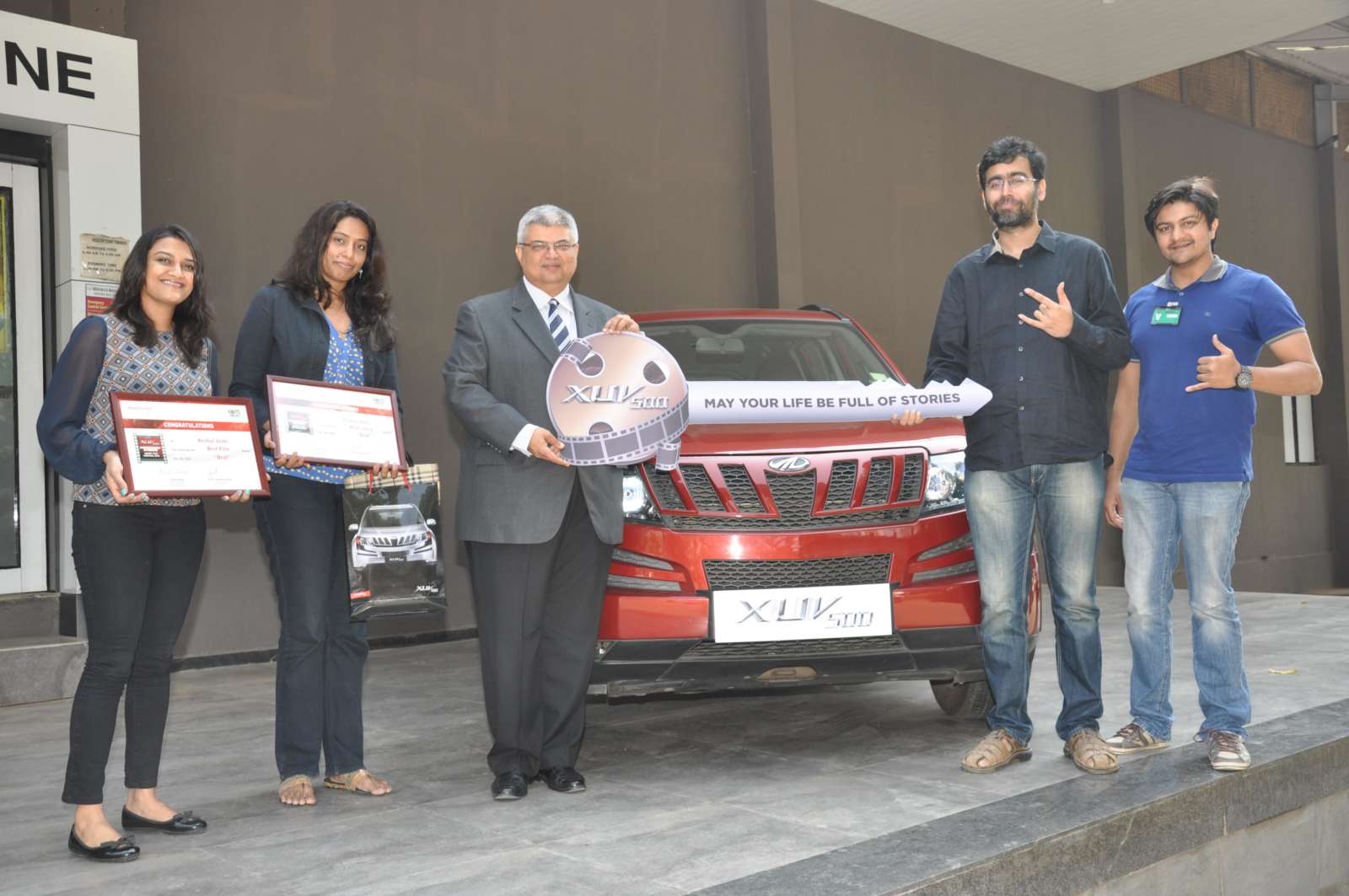 Mahindra & Mahindra Ltd. (M&M), popular Indian UV manufacturer, recently announced the winners of the XUV 500 short film contest based on the theme ‘May your life be full of stories’. Participants from all over India competed with each other for the  grand prize, a Mahindra XUV500.

The Film Festival was organized in association with 48 Hours Film Project, India. More than 200 entries were received and scrutinized for the film festival, out of which 23 filmmakers were shortlisted.

Speaking on the occasion, Mr. Vivek Nayer, Chief Marketing Officer, Automotive Division, Mahindra & Mahindra Ltd. said, “People are constantly seeking new and interesting experiences in their lives that lead to exciting new discoveries. New experiences are the new wealth in today’s world. The XUV500 brand has successfully created fascinating stories in the lives of our customers. Hence, we decided to create this short film contest to bring alive XUV500’s brand theme of ‘May your life be full of stories’.”

He further added, “It has been a great experience for me personally to go through all these films as a jury member. Each and every film had its own unique story-telling style. I would like to thank and compliment not just the winners but all participants who contributed to make these fantastic short films with the XUV500.”

Each of the shortlisted entries was given an XUV500 for 5 days and was asked to create a fictional short film within a period of 10 days. The entries were then judged by the jury members- Mr Shimit Amin, Robby Mathew, Carlton D’silva and Mr Vivek Nayer, Chief Marketing Officer, Automotive division, Mahindra & Mahindra Ltd.

Winners were selected on their basis of ability in concept and execution (50% weightage), integration of XUV500 in the film (30% weightage) and technical expertise of film making (20% weightage).

The winner was awarded an XUV500 as the grand prize while the runners up received a Canon camera (EOS 550D) and APPLE iPad3!

The winning short films were released on YouTube and have garnered close to 1 Lac views till date. These winning entries can be viewed on https://www.youtube.com/mahindraxuv500