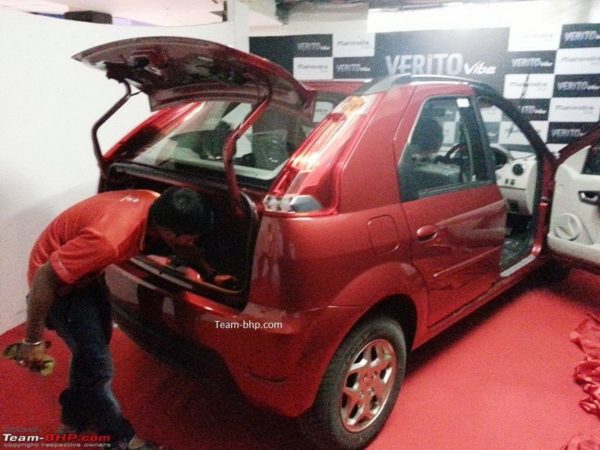 Thanks to our good friends at TeamBHP, we have come to know of some more details of the new car prior to its official launch. Seem here are a couple of pics of the Vibe’s boot compartment.

As can be seen in the pics, the boot lid of the car opens in a very sedan fashion, i.e., it isn’t joined to the rear windscreen. From the looks of it, the car seems to have decent boot space. However, the loading lip seems to be a tad high and it would be quite a task lifting up heavy luggage to load it into the car.

The pics also reveal the alloy wheel design and as with the car’s styling, the opinion might be divided on the styling of these. 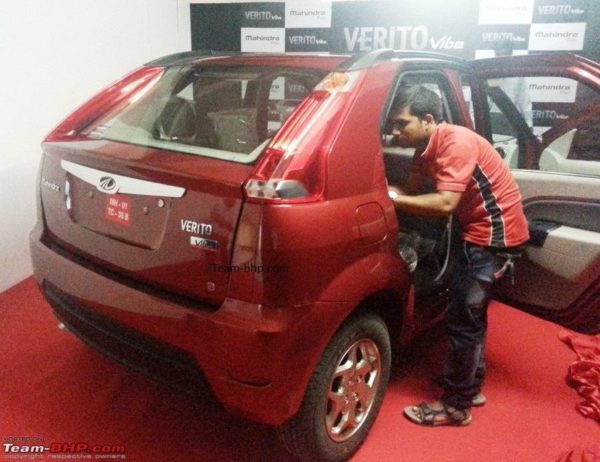 Talking about the car’s styling, the Verito Vibe has an exterior styling that might not appeal to all. This is courtesy unusually wide C pillars, which together with body panels from the sedan variant, make the car look like a hastily truncated version of the Verito sedan.

The car does have a hint of Ford Focus near the C pillars but it is tough to guess if the car buying lot would appreciate the car’s overall design.

The Verito Vibe will battle it out against the high selling Maruti Suzuki Swift and the Hyundai i20 and could be priced in the vicinity of INR 5.5-6 lakhs. Powering the Verito Vibe will be the tried and tested 1.5 litre Renault K9K diesel engine that powers many cars in our market.