Mahindra Two Wheelers Ltd. (MTWL), a part of the USD 16.2 billion Mahindra Group, has announced plans to significantly enhance its presence across the region.

These plans were announced at the inauguration of 3 new dealerships and one new outlet in Bangalore. These include Alfa Motors at Whitefield, Synergy at Basavangudi, MSR Motors at No. 1 Magadi Main Road and Esquire Motors at Marathhalli Bridge. 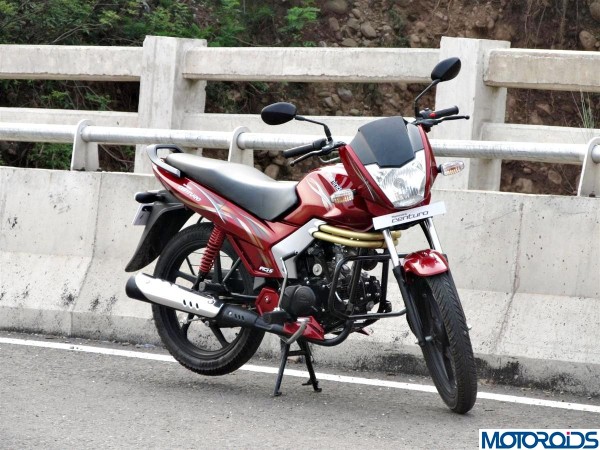 The expansion of the company’s footprint in the country’s IT capital bodes well for Mahindra Two Wheelers, as it has witnessed overwhelming demand for the Mahindra Centuro motorcycle, which received over 70,000 bookings within 4 months of its launch. This expansion is also aligned with the company’s strategy to accelerate its penetration in the South Indian markets in a focused manner to emerge as a successful pan-Indian two wheeler manufacturer.

Mr. Anoop Mathur, President Two Wheeler Sector and Member of the Group Executive Board, Mahindra & Mahindra Ltd. said, “Mahindra Two Wheelers is rapidly gaining market share in the highly competitive commuter segment with the introduction of the Mahindra Centuro. Our focus now is to expand the reach of sales and service across India. We already have a pan India 3S presence and will be increasing network width and depth to reach almost 2000 touch points by F15. This network will not only give customers access to our products and services easily but will also help us introduce our new products that are scheduled for launch over the next 30 months. The next 18 months promise to be very exciting as we journey towards market success.”

Commenting on Mahindra Two Wheelers’ dealer network strategy, Mr. Dharmendra Mishra, Vice President Sales & Customer Care, Mahindra Two Wheelers, said, “Strong customer demand for the Centuro has prompted us to expand our retail network in Bengaluru and the southern region. With its segment-first innovations and competitive pricing, the Centuro has proven to be a big hit among Indian two wheeler buyers. Our expanded reach will ensure that more of our customers will gain access to this motorcycle, as well as our other products.”

By 2015, Mahindra Two Wheelers aims to operate 500 plus outlets in Southern India and will soon finalize its future network partners. Personnel at the new outlets have been provided with intensive training in sales management, service, spare parts and business systems, to assure customers of best-in-class, pre and post sales ownership experience.