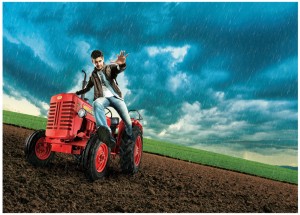 Speaking on the monthly performance, Rajesh Jejurikar, Chief Executive, Tractor and Farm Mechanization, Mahindra & Mahindra Ltd. said “On the back of a good monsoon, we are delighted with a 37% growth in tractor sales despite the traditionally low buying period in September. We see a healthy growth continuing over the next few months.”