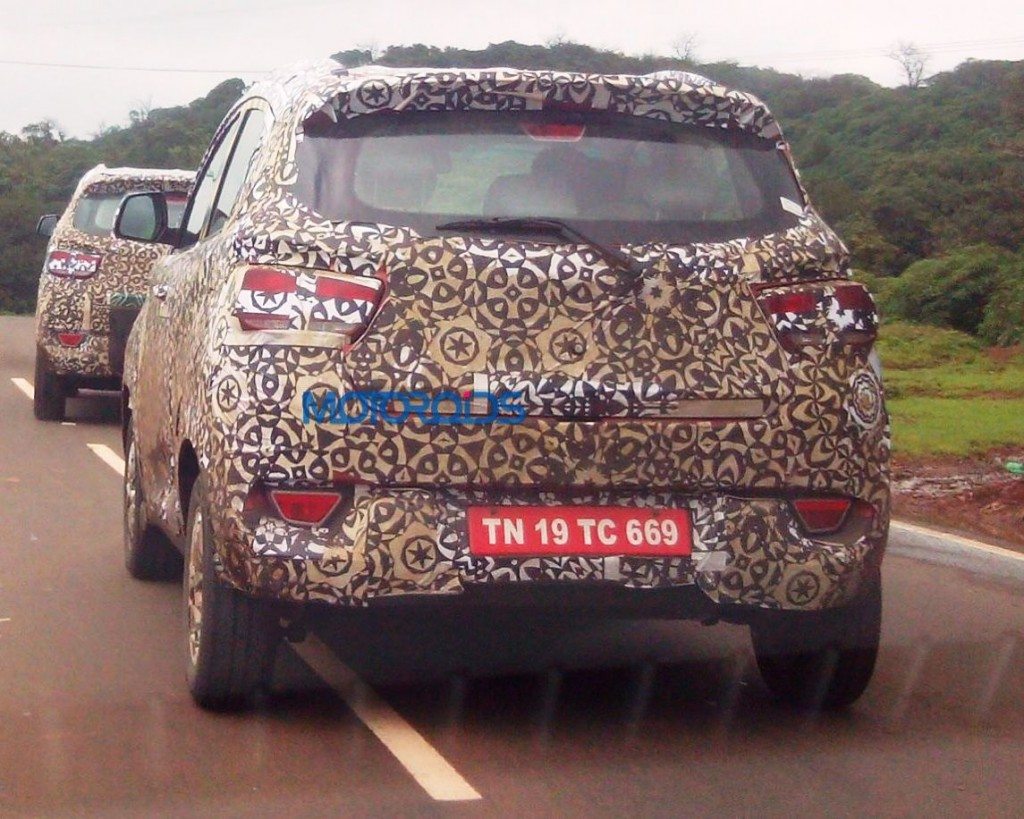 The upcoming Mahindra S101 (codename) compact SUV has been caught testing yet again, this time  by reader Parikshit Deshpande on the outskirts of Pune.  The sub-4 meter long S101 will be the upcoming TUV300’s city slicking cousin, and will be more of a soft roader, rather than a full-blooded SUV.

The car is based on an all-new monocoque platform newly developed by M&M and will be launched later this year to compete primarily against the Ford Ecosport. Only the rear end has been spied, and reveals the production-spec, horizontal wraparound taillamps, a roof mounted spoiler, and a compact rear window, while the rear bumper gets a pair of reflectors on either side. 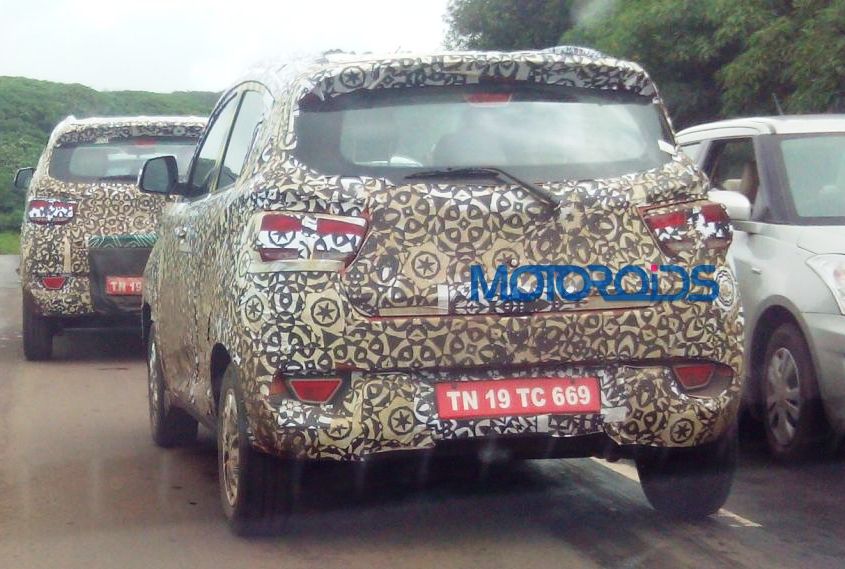 The interiors of the S101 will feature an unique 3+3 layout, rendering it to the first compact SUV to seat 6. The front seat has a foldable middle section that can be dropped flat when not in use. Other notable features will include steering mounted controls, electrically foldable mirrors, and a touchscreen equipped infotainment system. See the S101’s interiors here.

The S101 could be powered by the same mHawk80 diesel engine that’ll debut on the TUV300, along with a new, small 1.2-litre, three-cylinder petrol engine jointly developed with SsangYong. Power will be sent to the front axle via an AMT gearbox through to the 185/65 R15 tires.