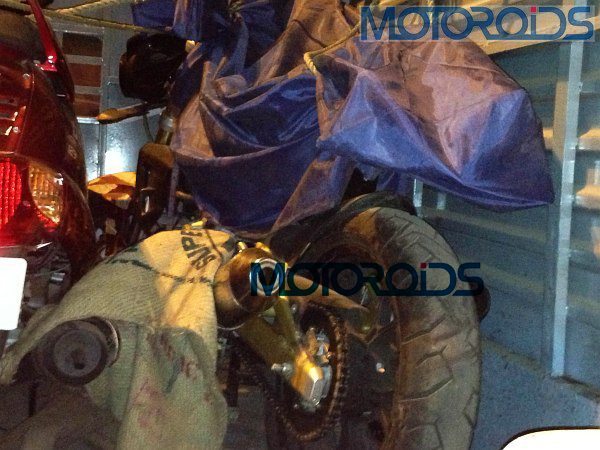 The Indian biking scene is buzzing with activity and one doesn’t need to be a fortune teller to safely predict that things are looking better for us bike aficionados in near future.

Only last night, we reported in detail about the upcoming Bajaj Pulsar 375 that has been spied for the first time. Also, we have reported umpteenth times that the KTM 390 Duke is headed our way and should be out by mid 2013.

While we surely have a lot more to learn about the new Pulsar/KTM/CBR, the pics we have here today are of none of the usual suspects.

You would remember that Mahindra Two Wheelers, which has to be among the newest players in this market, stepped into the industry with a bang by unveiling the Mahindra Mojo 300 performance bike that grabbed a lot of attention from everyone. And why it would have not? All of a sudden, here was a performance bike from a renowned name that is a fresher in the bike industry and was aiming at giving some sleepless nights to some of the established bike making groups.

Many speculations and false alarms later, it emerged that the Mojo was still a few years away from entering production and the curiosity that the 300cc bike had aroused died down with time.

We, however, haven’t forgotten about the Mojo 300 and recently, at the unveiling of Pantero 110cc bike, asked Mahindra about its plans of launching their flagship product. 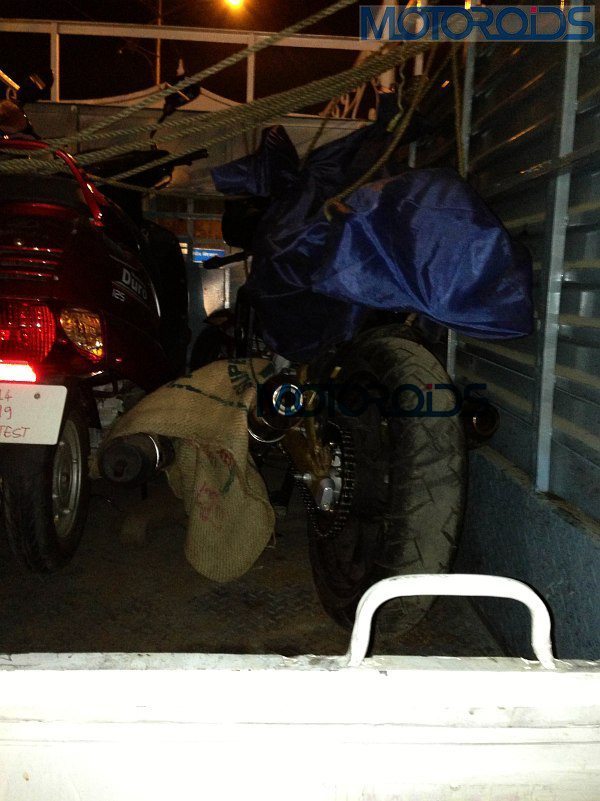 We were told that the Mahindra Mojo 300 will be launched this year and just when we decided to swallow the statement with a pinch of salt, our friend Rajiv Lade has sent us a few pics of the upcoming bike. 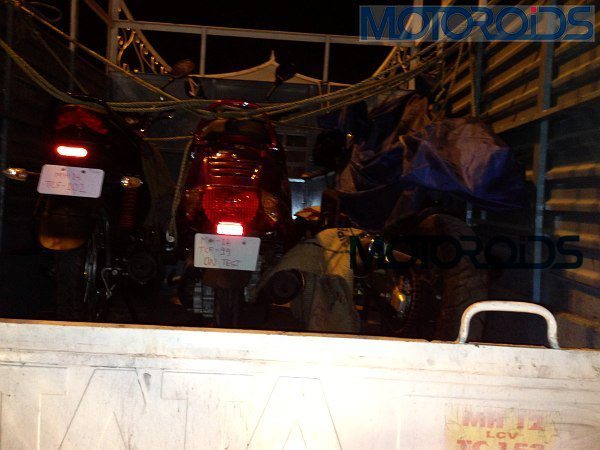 The bike was caught being transported to Mahindra’s testing grounds at Chinchwad, Pune and it is a sure indicator of the bike being in the final legs of development.

While it can’t be seen if the production spec Mojo would remain true to the prototypes unveiled by Mahindra, it can now be safely assumed that the bike will soon head to production.

The Mojo 300 will be positioned against the Honda CBR250R and the new Hyosung GT250R.

Powering the Mojo 300 is a fuel injected, 292cc, single cylinder-four stroke engine with a 4 valve DOHC head and mated to a six speed ‘box. The motor is expected to have a power output of around 32PS.

The reason for the delay in launch is that unlike earlier, the Mojo’s engine is now being developed in-house and is thus, keeping the auto group from coming out with their flagship.

We would love to see how well a new player in the very competent Indian bike market fares with its performance bike.

We thank Rajiv for sharing the pics with us.