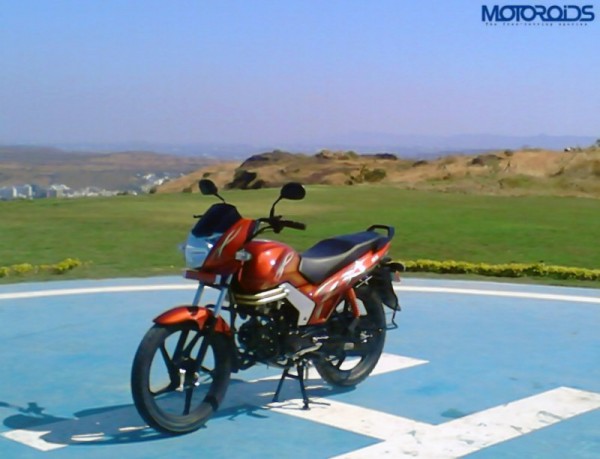 That the Mahindra Two Wheelers is close to launching its second 110cc bike is a known fact. Now, it has emerged that Mahindra2wheerers will launch the Centuro 110cc commuter bike in the ever developing Indian bike market on July 1.

It may be noted that the Centuro was unveiled along with the Pantero 110cc bike, which has already on sale since quite a few months. The Centuro is basically a more stylish alternative to the Pantero and will be positioned slightly above the latter. This means that the Centuro would rival the Discover 100T, Hero Passion X Pro and the Honda Dream Yuga.

The Centuro would come with a car like key fob that benefits from an incorporated remote control and LED torch. The Centuro will also feature Find Me Lamps, Guide Me Home Lamps, an engine immobilizer, LED pilot lamps and a white backlit digital speedometer console.

The Centuo will be offered in as many as three variants. However, none of these feature a front disc brake, something which we aren’t too appreciative of. 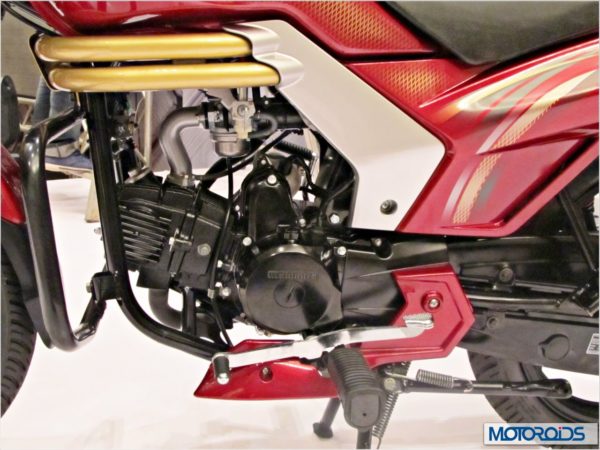 Powering the Centuro is the same MCI-5 four stroke air cooled 110cc engine that powers the Pantero. This motor has a max power output of 8.5 hp and a peak torque of 8.5 Nm and is mated to a four speed manual gearbox. Though the Centuro’s engine is same as that of the Pantero, it has been slightly tweaked for better performance and fuel economy. Mahindra claims a 0-60 kph dash of 8.85 seconds for the Centuro. The ARAI claimed fuel efficiency of the bike is 85.4 kpl. Also M2W claims the figures stated on the Centuro to be highest in its category.

It remains to be seen if the Centuro would enable Mahindra 2 Wheelers, which is a new player in the industry, to worry the folks at more established companies.