Mahindra’s XUV500 triumphed in the ‘Mahindra Adventure Rally of Maharashtra’, as Team Mahindra Adventure, won the 1st round of the Indian Rally Championship (IRC). Having finished fastest in four out of the five rounds of INRC and winning top positions in the INSUVRC (Indian National SUV Rally Championship) class last year, the team has made a thumping start with the first win of the season, while setting the trails ablaze at Nashik. 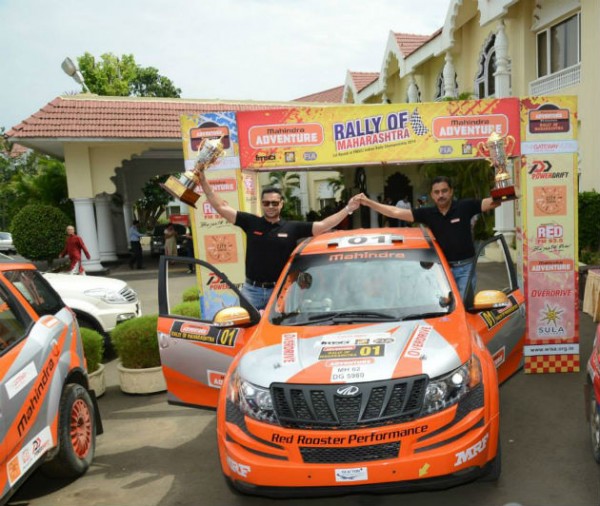 The highlights of Team Mahindra Adventure’s triumph, was the spectacular performance of the Super XUV500 and the determination exuded by its driver, current APRC champion Gaurav Gill (co-driver Musa Sheriff). This was closely followed by teammate, current INRC champion Amittrajit Ghosh (co-driver Ashwin Naik). The competition was fierce but the rally prepared XUV500 along with its drivers proved unbeatable and won the IRC class by finishing fastest overall.

Speaking on the occasion, Vivek Nayer, Chief Marketing Officer, Automotive Division, Mahindra & Mahindra Ltd. said, “This unprecedented victory by our Mahindra SUVs is a testimony to the tough and rugged ‘Mahindra DNA’. We were tested against other vehicles which were Petrol based but emerged undefeated winners for the second year in a row at the Rally of Maharashtra. We are proud to have been adjudged fastest among ALL the categories and in fact won the TOP 2 positions at the first round of Indian Rally Championship (IRC). Time and again our vehicles have clearly proven their mettle against the competition and we will continue to do so in the rest of the upcoming IRC season ahead.”