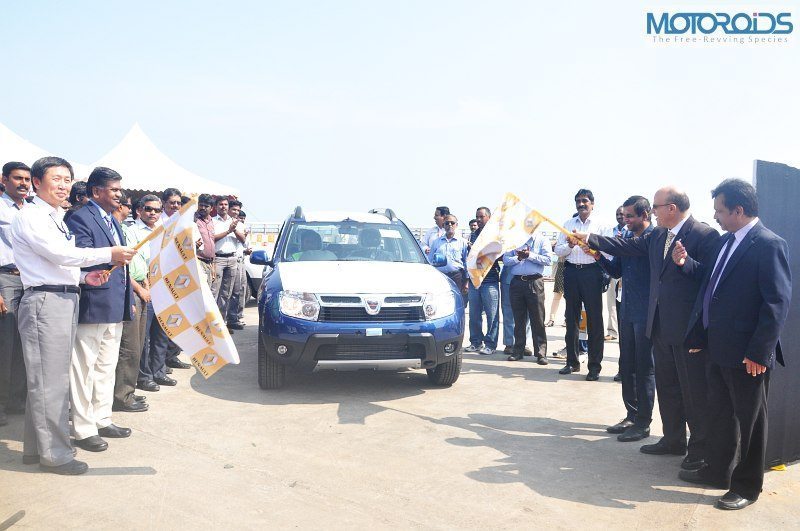 Renault India Pvt. Ltd has commenced its export activity with the shipment of first batch of its popular compact crossover- the Duster from the Ennore port in Chennai. The first Renault Duster export consignment consists of 350 Dusters headed to the United Kingdom and Ireland. Renault’s manufacturing facility at Oragadam, near Chennai is currently the only facility globally to produce the right-hand drive Duster, which is being exported from here.

In India, Renault has sold more than 19,000 units of the Duster since its launch in July this year.

Speaking on the occasion, Marc NASSIF – MD, Renault India Pvt. Ltd. said, “We created a whole new segment in the Indian automotive market with the Duster launch in July this year and demonstrated Renault’s commitment to the Indian market with the introduction of a reliable, efficient and innovative vehicle. India is an important market for Renault globally, with the country set to become one of the top ten markets for the company worldwide by 2013 and to sustain this ambition an unprecedented five models have been launched in the Indian market along with setting up of 75 dealerships in less than 18 month which is the fastestramp up in the Indian market. We will continue to focus on meeting domestic demand in India, while also exploring new opportunities in exports and in making India the global hub for right-hand drive vehicles.”