Volkswagen has just launched the all-new 2015 Vento facelift in India and our man is currently at the launch event in Delhi. The 2015 model of the Vento is mostly a cosmetic update, but the German carmaker has also made some important tweaks under the now more aerodynamic bonnet to improve the fuel economy of this saloon car. VW claims 7% more fuel efficiency for the petrol Vento and 2% better fuel efficiency for the diesel Vento. For the 2015 model, the German carmaker has given the Vento new features on the inside as well as the exterior. Two new colours have also been introduced – Carbon Steel and Titanium Beige. Volkswagen has launched the facelifted model of the Vento at prices starting at INR. 7.70 lakh* (1.6 MPI with manual transmission) and going up to INR 11.64 lakh* (1.5 TDI with DSG transmission). 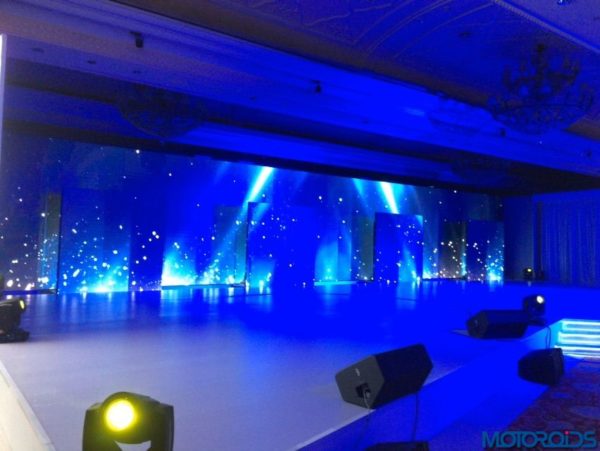 The launch venue for the 2015 Volkswagen Vento Facelift. 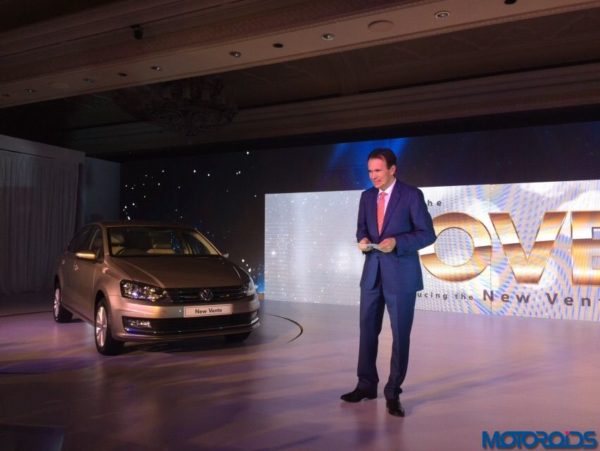 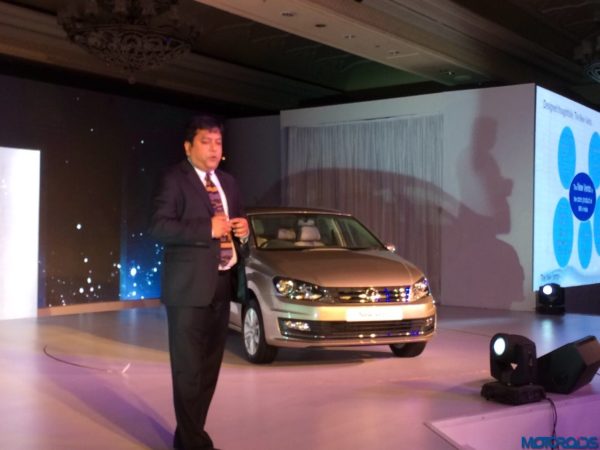 Images of the new Volkswagen Vento: 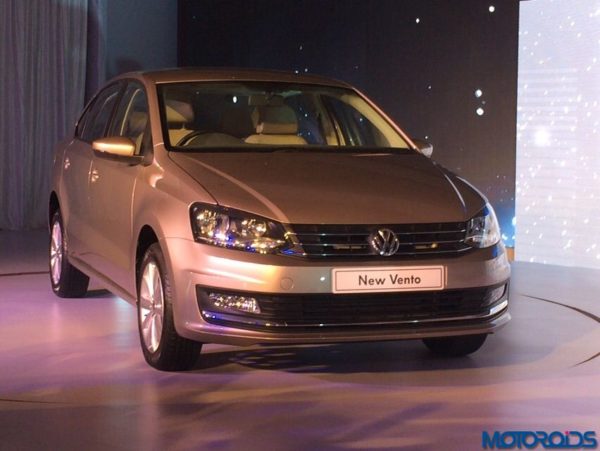 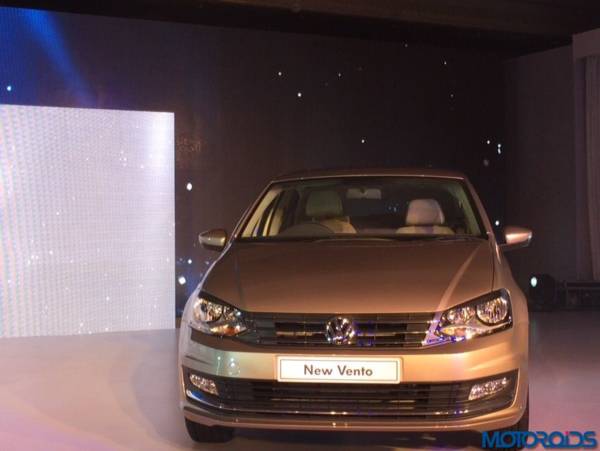 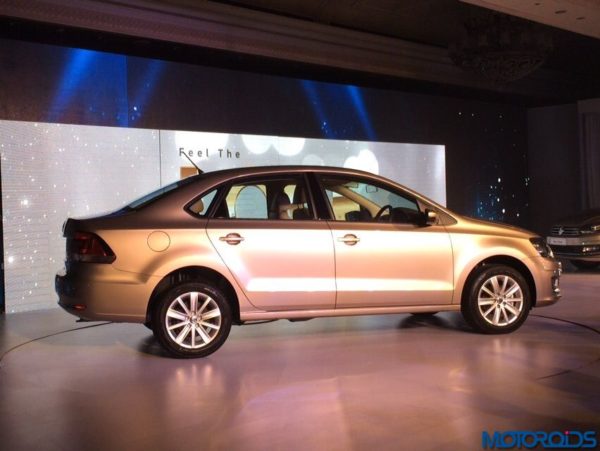 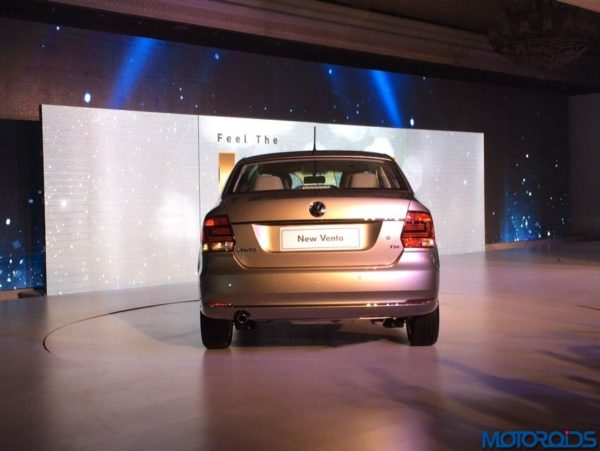 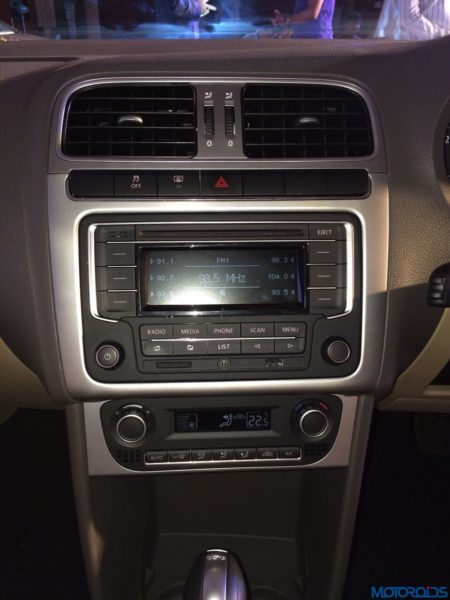 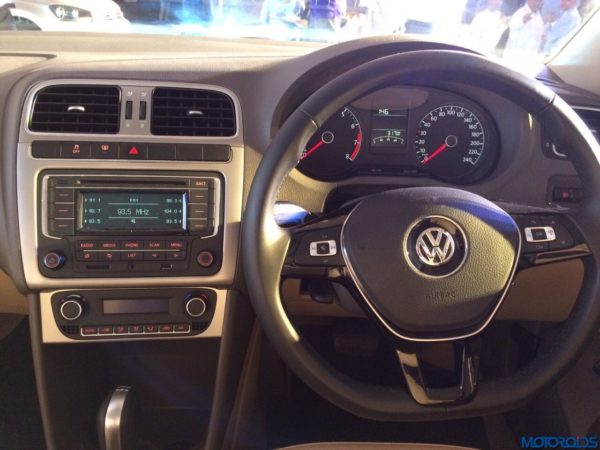 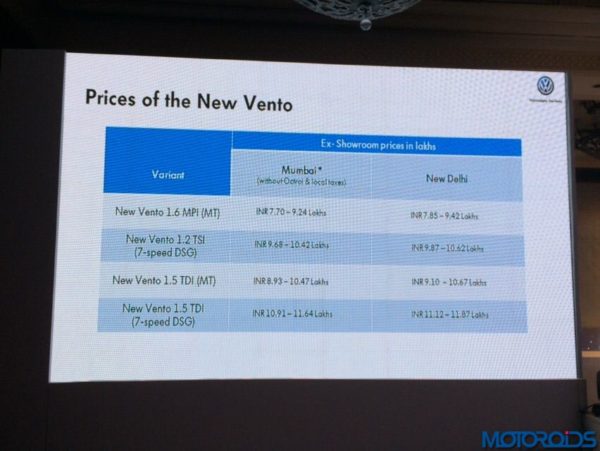 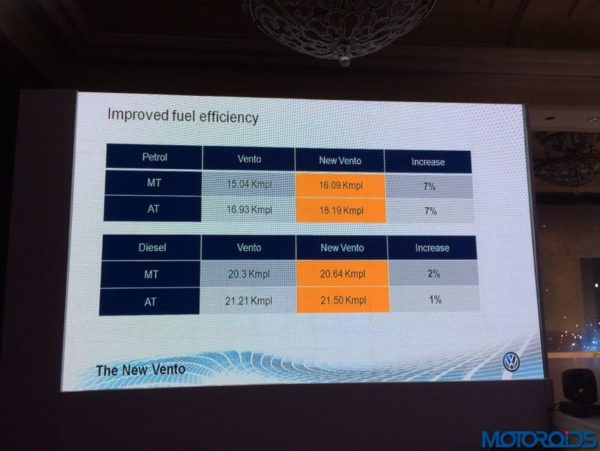 Improvement in fuel economy is more noticeable in the petrol Vento

New interior and exterior features on the 2015 Vento facelift: 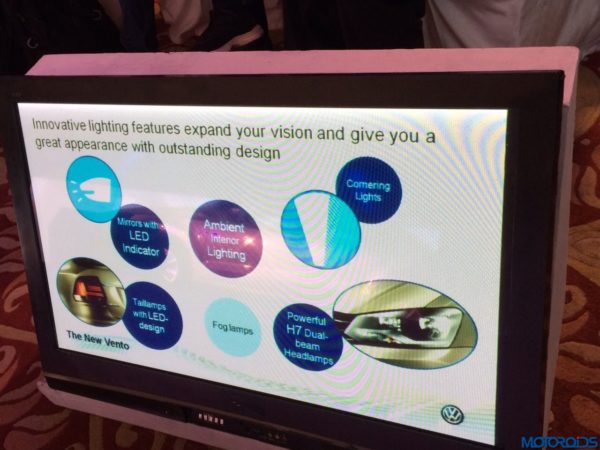 Cornering lights are integrated into the foglights 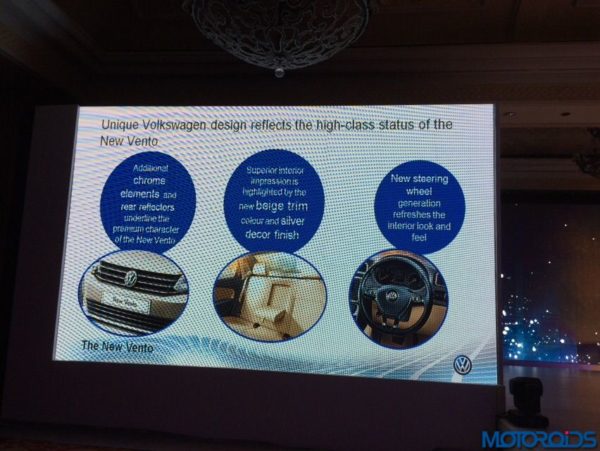 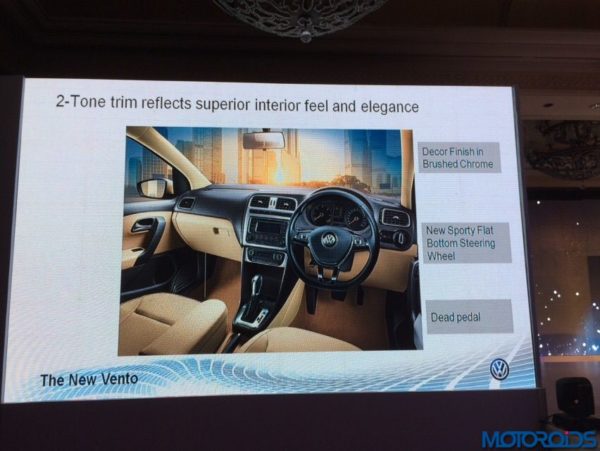 Dead pedal adds to the convenience on long drives

At the launch of the new Vento, Volkswagen confirmed that they will be introducing 5 new models in India in 2015, including the facelifted Vento, a compact saloon (probably the ‘Bora’), Passat and the Tiguan compact SUV.

To read our comprehensive review of the 2015 Volkswagen Vento facelift, click here.

Keep watching this space as we update you with more images and details of the 2015 Volkswagen Vento facelift.