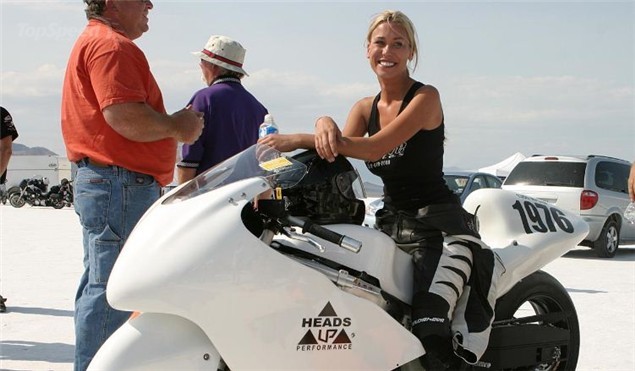 After setting the land- speed record of 232.522 mph in 2008 at the BUB Speed Trials a the Bonneville Salt FLta on a Turbo- Charged Suzuki Hayabusa, Leslie Porterfield was acccepted into the Guiness Book of World Records as the Fastest Woman in the world last week. 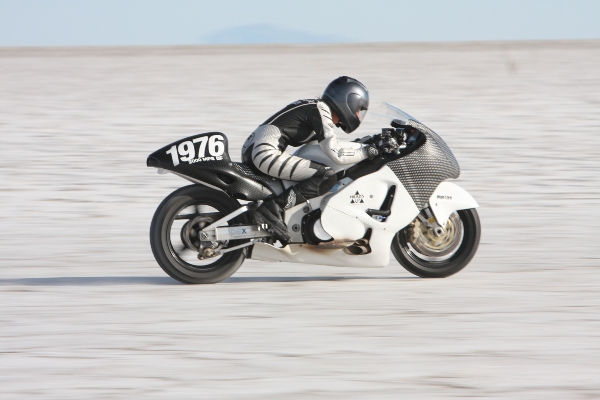 Leslie beat the previous World Record set by Motocross rider and Stuntwoman Marcia Holley who held the record for over 30 years. Holley’s top speed was 229.361 mph on a single- engine streamliner motorcycle in 1978. Leslie said in a press release, “I couldn’t believe it when they called. It takes awhile after filing the paper work with the FIM (International Federation of Motorcycling) to get the record certificate, and then with Guinness – this has been going on for awhile and when they called I was just thrilled.” 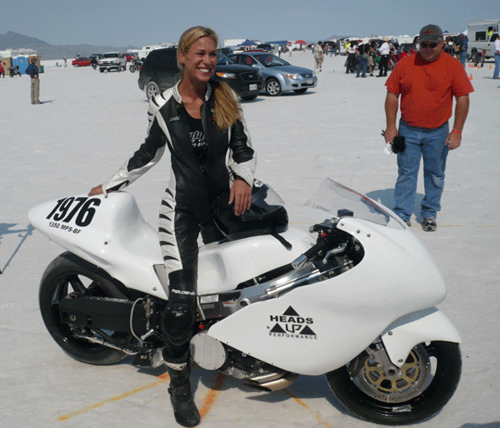 Leslie Porterfield who owns a motorcycle dealership – High Five Cycles in Dallas, Texas was honored as the AMA Female Rider of the Year in 2008 and was also featured in the Discovery Channel Speed Capital of the World: Bonneville. She also toured the world as a public speaker all the while owning and running her own motorcycle dealership where she is also an apponted FOremost insurance agent.