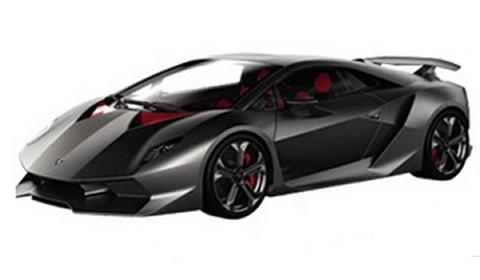 Update: Lamborghini has revealed the sixth and final teaser image of the Sesto Elemento Supercar concept. Here it is.

We have been bringing you the teaser pictures of the upcoming Lamborghini Concept to be shown at the 2010 Paris Motor Show. However, French website blogautomobile.fr has managed to get the leaked images of the highly anticipated supercar concept from the Italian manufacturer.  The leaked image has all the five elements Lamborgihini has used to tease the journalists the world over.

Claimed to be called the Sesto Elemento Concept (Sixth Element Concept), the car will apparently be made entirely of carbon fiber. The car will have an estimated weight of 999kg, which is incredibly light going by any standards, and should make this machine an absolute rocket! The power output figures are not out yet, but we don’t expect anything less than 600 bhp from the V10 engine which was shown in one of the teaser images. The new Raging Bull supercar is expected to do a 0-100km/h sprint in a super quick 2.5 seconds, and hit the top speed of 350km/h.
It’s interesting why Lamborghini have named their new Supercar Concept Sesto Elemento. Carbon is an element with atomic number of 6, and since the car is made entirely of carbon fiber, it gets its name. We wonder if Lamborghini would still release the sixth teaser image of the concept. Here are the previously released five teaser images.