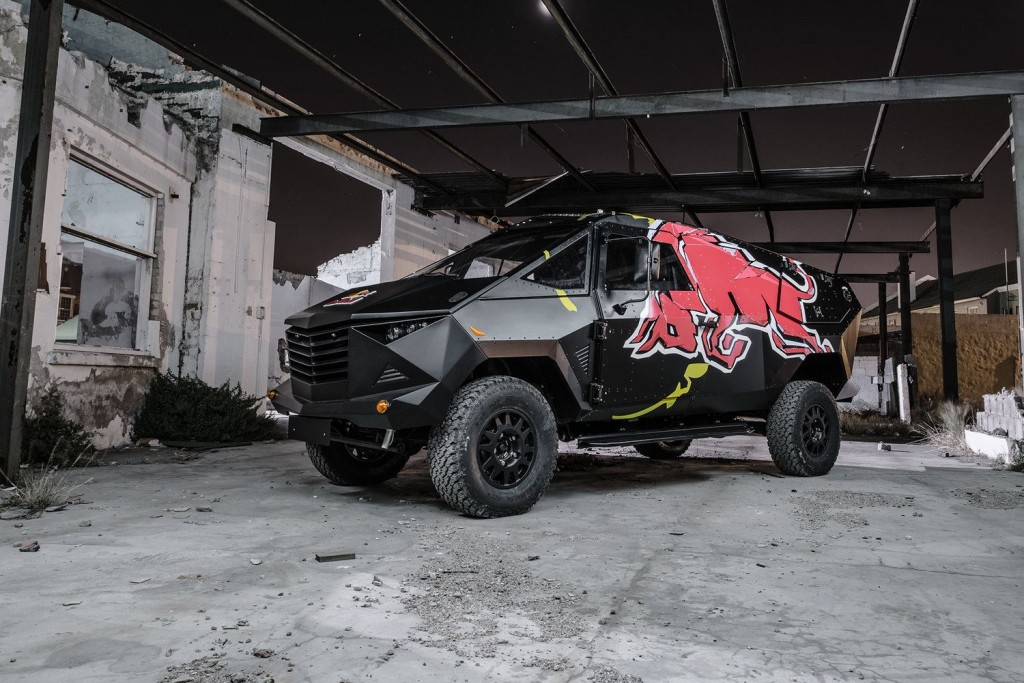 As we enter the so called “party season” and get ready to bid adieu to 2015, Austrian energy drink maker Red Bull reveals its ultimate party machine that can tread its way to almost anywhere. How? Because it is based on a very capable SUV, the Land Rover Defender 130. 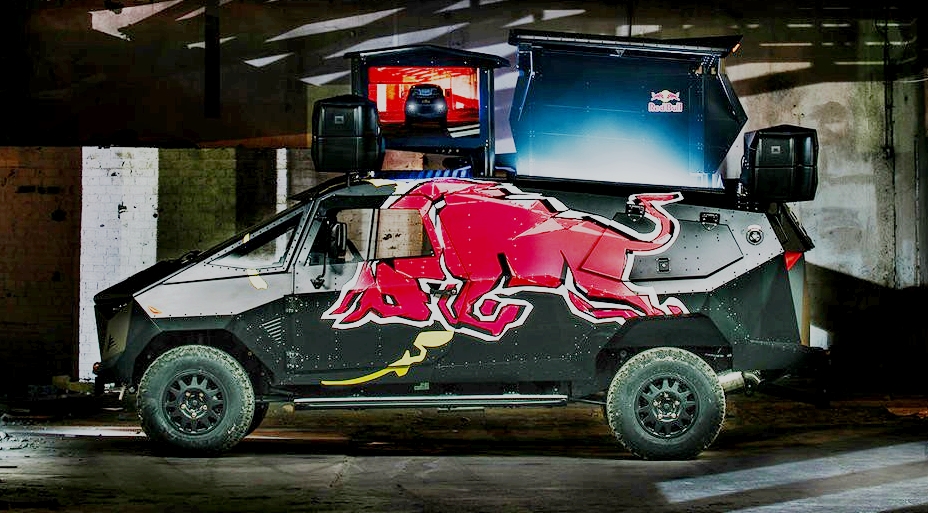 One look at the party machine and all we could think was how outlandish and appealing this Australian creation appears. The triangular body panels and the matte-black paint job may remind of a stealth fighter war machine but it is anything by conspicuous. This is one huge party machine to say the least. Most part of the front fascia is held by a massive grille. Projector headlights perform the illumination task but we wonder if they double-up as party lights. The trademark Red-Bull brand logo and icon sits on the bonnet while the logo of the charging red bull, sans the brand name occupies the side of the vehicle. 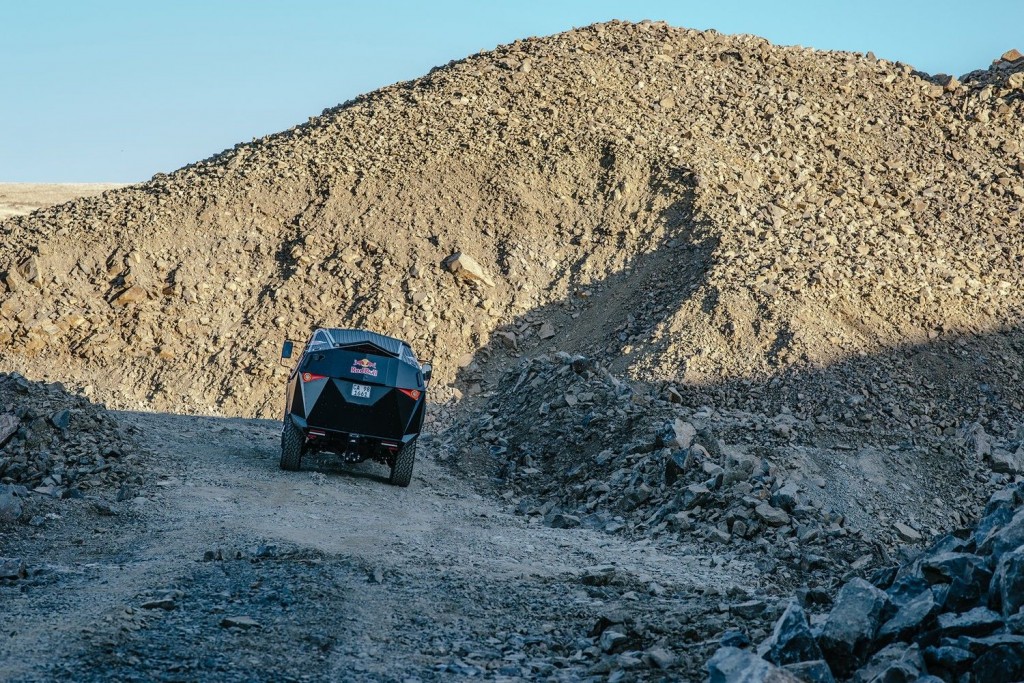 But what makes it the ultimate party machine is what comes from the inside. A DJ booth rises from the top of this party machine along with a flat-screen TV and set of speakers to get the party started anywhere, anytime. We really don’t know what’s going on the inside as Red-Bull has not revealed any images of the interior and we can only let our imagination loose and believe it’s reserved for the after party for special guest of the DJ. That also explains the lack of windows on the party machine. 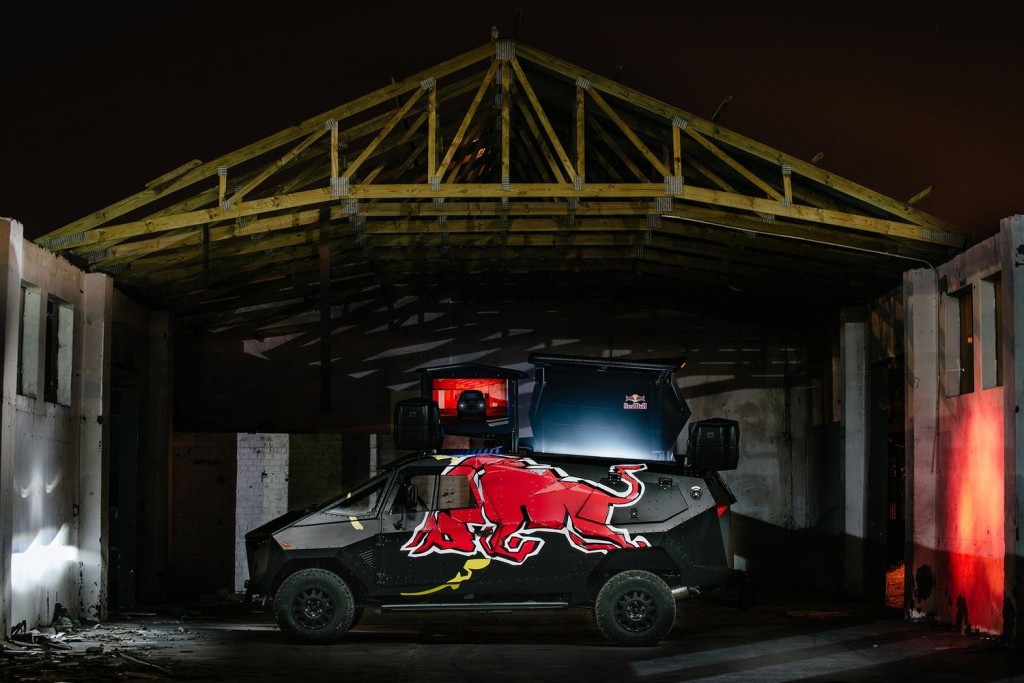 We believe that the power plant from the Land Rover is potent enough to propel this massive structure and Red-Bull wouldn’t have required making many changes on the mechanical front. But when you have a truck as capable as this Red-Bull Party Vehicle, you really shouldn’t care about the performance numbers.

Well, I guess you all would know what are we going to write next.