Home News Lamborghini Urus to come with a price tag of INR 1.1 Crore 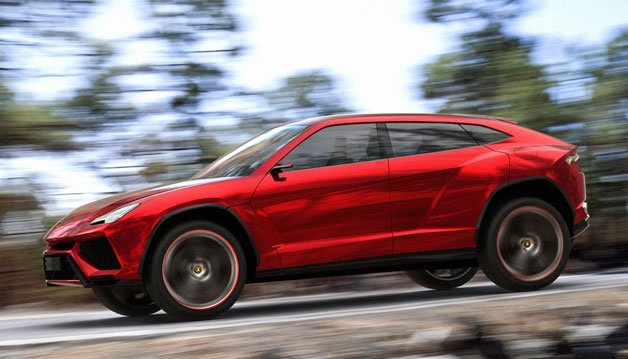 We reported in detail when Lamborghini unveiled the much awaited Urus SUV at the Beijing Motor Show held earlier this year. It may be noted that the Urus that greeted the world in April was in its concept stages and the car is still a step away from being a production reality. The Urus is powered by a 4.0 litre V8 motor that produces a max. power output of 600 bhp and a max. torque figure of 480 lb ft. At a shade under 5 metres in length, the latest from Lamborghini is bigger than the BMW X6 and will be the Italian supercar maker’s answer to the fast growing luxury SUV market.

The latest development about the Urus is that it recently emerged that the car, which will hit the showrooms in 2016, will carry a price tag of £135,000 (approx INR 1.1 Crore) and become the cheapest Lamborghini on sale. The Italian car maker has set a target of selling 3000 units of Urus annually.

Urus looks all set to become the easiest way to enter the Lamborghini Club.