KTM, the Austrian bike maker will be conducting a stunt show in Delhi. The Delhi show will be organized in order to showcase stunts and tricks by professional stunt riders. 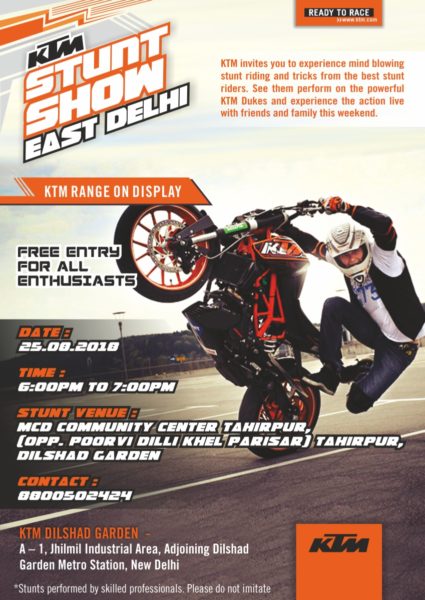 The stunt show is conceptualized to make the customer experience racing genes of the KTM bikes. It is aimed at giving KTM owners a holistic understanding of the performance and also give them an opportunity to compete and interact with fellow KTM owners on a free track. KTM currently has five motorcycles on sale in the Indian two-wheeler market which include KTM 200 Duke, KTM 250 Duke, KTM 390 Duke, KTM RC 200, KTM RC 390. Bajaj Auto has a majority stake in KTM with the production plant being based in Chakan on the outskirts of Pune. 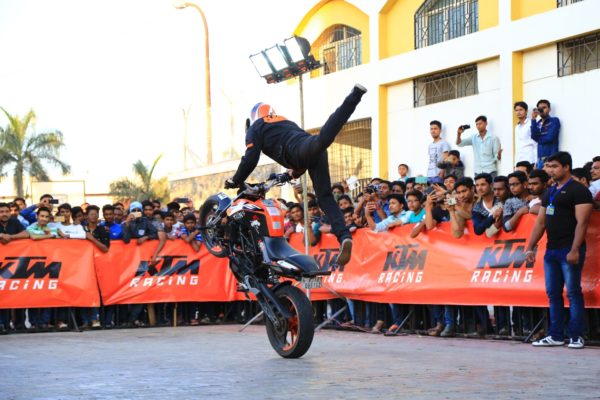 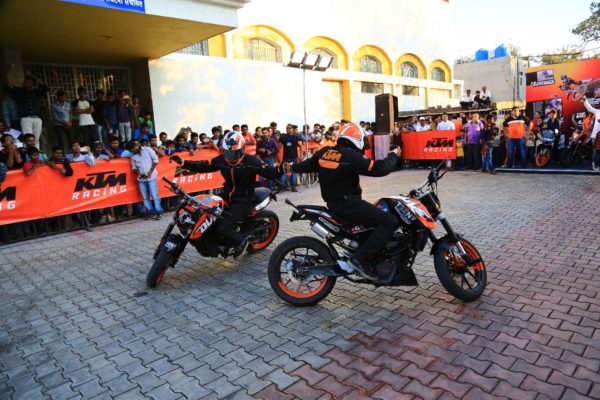