The KTM RC 390, the KTM RC 200 and the Bajaj Pulsar 200SS have to be among the most awaited upcoming bikes of recent times. It is highly likely that all three of these bikes will be making it to India sometime this year and the highly anticipated KTM RC motorcycles, along with the Pulsar 200SS, were recently spotted together, near Bajaj Plant in Nidgi.

It may be noted that while comparisons with earlier Bajaj 200NS spy images have made us believe that the Pulsar in these pics is indeed the 200SS, it is really a Herculean task to tell if the KTMs you see here are the RC200 or the RC390. To be honest, we won’t be really surprised on getting to know that BAL has been testing both the RC200 and the RC390 alongside each other. 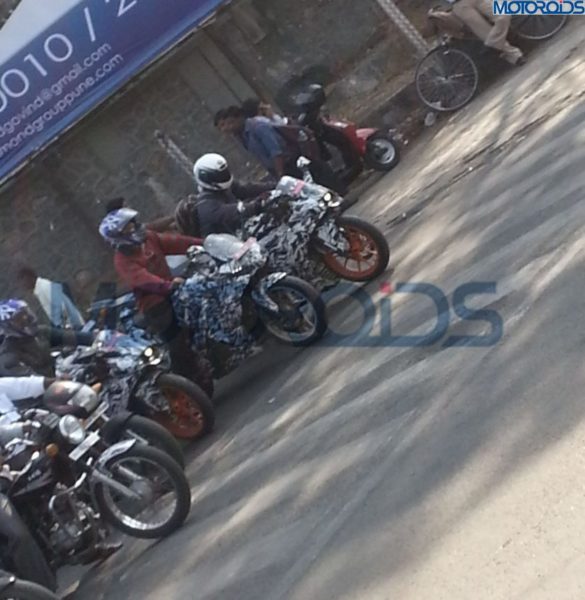 The KTM RC 390 is a faired 390 Duke, albeit, with a different tuning and ergonomics package. The India spec KTM RC390 could have a max power of 43 Bhp, which would translate into segment leading power to weight ratio. Other than sporting a front full fairing, the bike will also have clip-on handlebars and split seats. When compared to the 390 Duke, the RC variant might have a stiffer suspensio setup to aid handling bestow the bike with better track manners. KTM RC 390 India launch could happen in mid 2014 and it won’t be wrong to say that the bike aficionados of our country are in for a treat!

While the Bajaj Pulsar 200SS was conspicious by its absence at the recently conducted Auto Expo 2014, we have got to know that it will be launched before the big brother SS 400 and will share many panels with the concept we saw at the motor show early this month. Powering the Bajaj Pulsar 200SS would be a fuel injected version of the 200cc, single cylinder motor that powers the 200NS and max power could be pegged at 25PS. Previous spy pics reveal that the bike will come fitted with ABS and the new set of pics we have here have revealed that akin to the SS 400, the 200SS will boast of LED DRLs. Our guess is that the Bajaj Pulsar 200SS would be the logical successor to the dated Pulsar 220F. 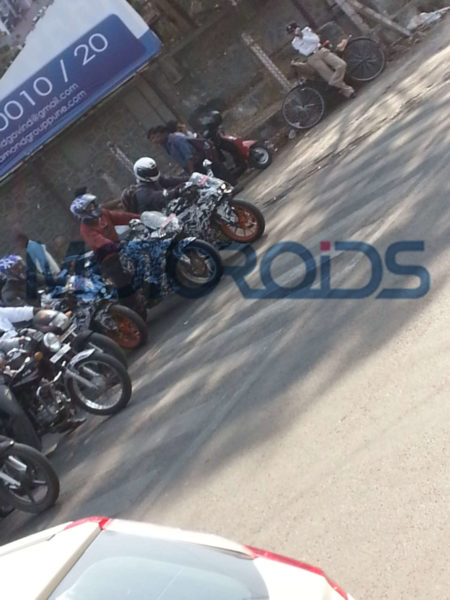 — — We thanks our friend Lengdon Rajkhowa, who sent us these images from Pune.