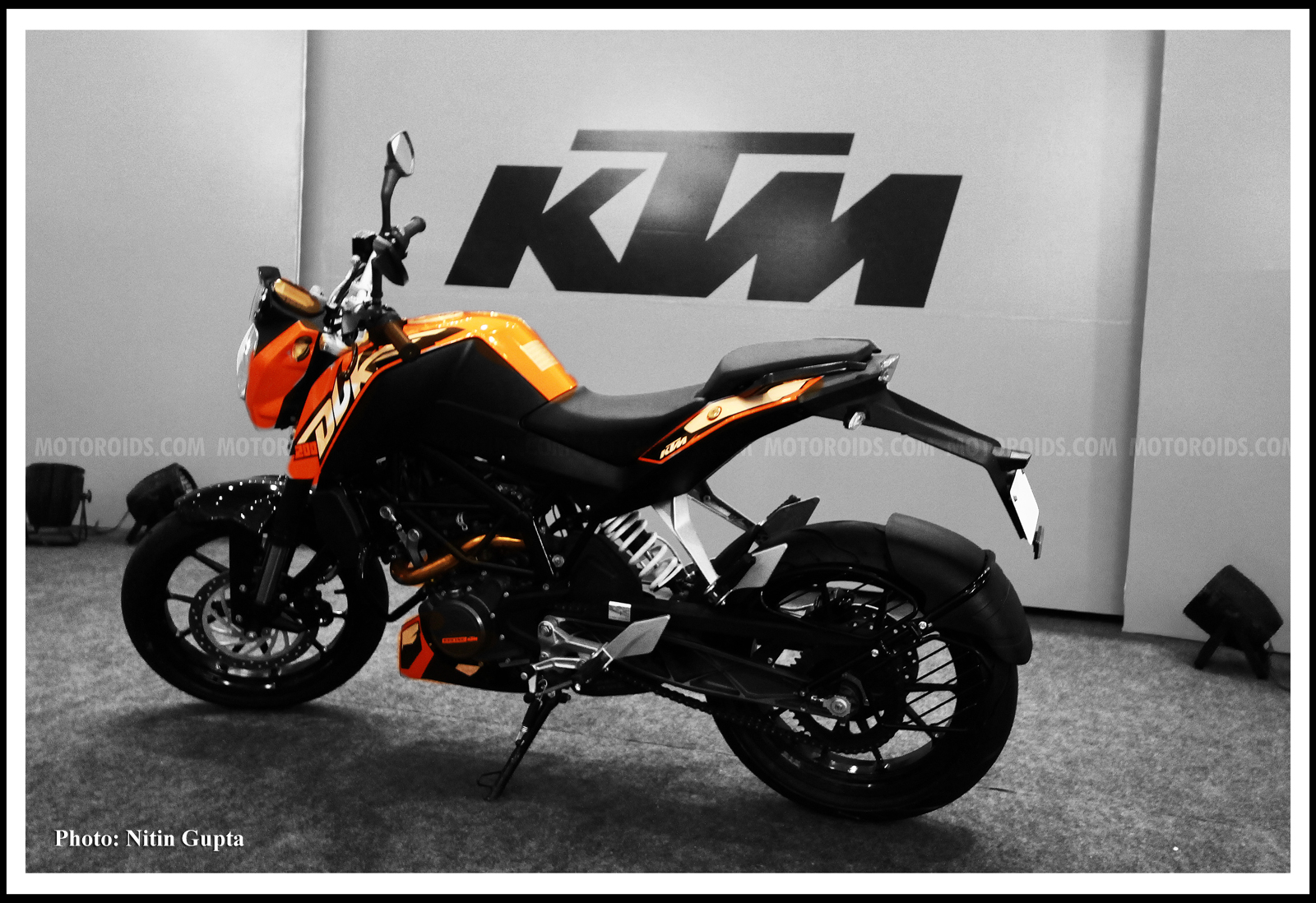 Delivery of recently launched KTM Duke 200 recently commenced in the state of Gujarat. Mr. Yuvraj Dodiya and Mr. Pratik Bhavsar became the first two KTM Duke 200 buyers in Gujarat. These bikes were delivered at the KTM showroom (erstwhile Bajaj Probiking showroom) at Ahmedabad. Mr. Shanakar, Area Manager (Gujarat Region) Bajaj Auto, said “We have very good response of KTM Duke 200. We have registered 35-40 bookings within less than a month in the city of Ahmedabad alone.”

The two buyers said that KTM Duke 200 was chosen because of the way it looks and because of the technological benefits the bike offers over the other motorcycles. Pratik Bhavsar, who also rides a Kawasaki Ninja 250R said that the unique feature such as advance digital instrumental panel which is not seen even on the top end motorcycles, central exhaust, rotary sound of exhaust and orange color attracted him. It may be noted that the bike maufacturer has more than 1,000 bookings for KTM. These bookings were done within a month of the KTM Duke 200’s launch.