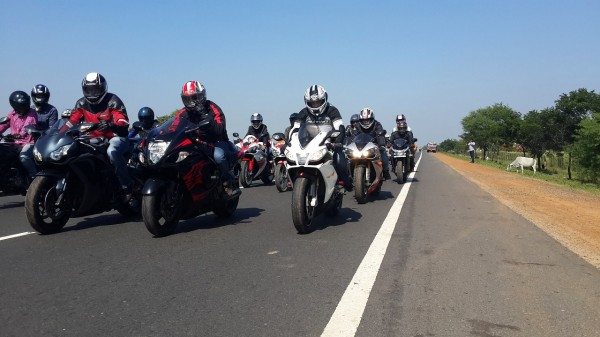 After the tremendous success of its first stint, India Bike Week’s famous Chai & Pakoda rides were back this year starting its first edition from Mumbai.

The Kolkata edition of the Chai & pakoda rides was held on 10th this month and created history yet again with noted bikers like Navin sehgal-Head of the Group of the Bengal Chapter, VedDhote-Kolkata SBK club rode their way to be a part of an amazing brotherhood. The ride also saw presence of over 30 biker group such as Chakra, D4A, Kolkata Riders, Kbikers, TeamRollers, Gallivant Bikers, Highway Pandits, BFR, Eastern Bulls, Bengal Lady Bikers and Riders Of The Liberty.

The 150 Kms to Ahura Dabha on NH2ride was organized by India Bike Week marking the beginning of an epic biking journey in India which will lead up to the formal event in Goa from 17-18 January 2014.

From Pulsars to Harleys, Kolkata’sbikers got their mean machines out to join and meet likeminded people, enjoy some good healthy breakfast and celebrate this amazing year and the friends that they made along the way. Dads came along with their daughters and sons, friends called up their office colleagues to join up and there was a special reunion between friends who had not met each other in a long time. 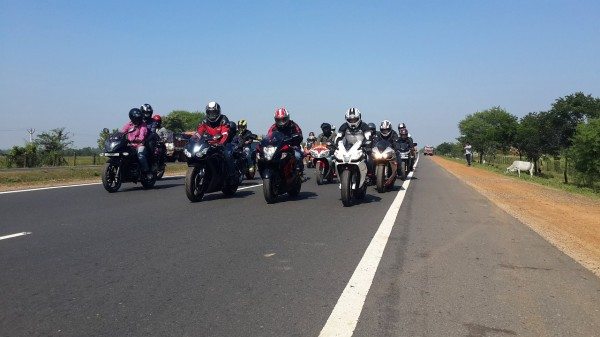 Speaking on the occasion, Martin da Costa, CEO of 70 EMG said, “We’re organizing Chai and Pakoda rides in 20 cities across India to bring riders together as a Brotherhood regardless of what they ride. Chai & Pakoda welcomes all bikers, and in Kolkata on Sunday we hit a record of over 300 guys and girls riding out together on their favourite machines. It is the start of what will lead up to the second edition of one of India’s biggest ever Festivals – India Bike Week ’14 – THE largest gathering of hard core bikers, fans of the two wheeler way of living, travellers and India’s many music and Festival Fans.”
Elaborating on this, Mr. Keertan Adyanthaya, MD- FOX International Channels said, “Last year, the Chai and Pakoda rides were organized in Delhi,Kolkata, Hyderabad, Chandigarh, Shillong, Kochi and Bangalore and the participation was over-whelming. This year we expect that the participation will increase in leaps and bounds with every city. Moreover, the most important festival of Bikers, Bikes, Music & Mayhem in Indian history i.e India Bike Week is being held in Goa from January 17 and 18 in 2014 and these Chai &Pakoda rides are also a mode to spread the word about IBW.”

Speaking on the same, Faisal Chowdhry- The head of The Eastern Bulls Group which is the first Bullet club of East India said, “I have been biking since 1993, I loves biking and have a great passion for it. I have about 43 bikes riding from my group for the Chai Pakoda rides. I love the feeling of brotherhood, exchange of our love and passion for biking.”