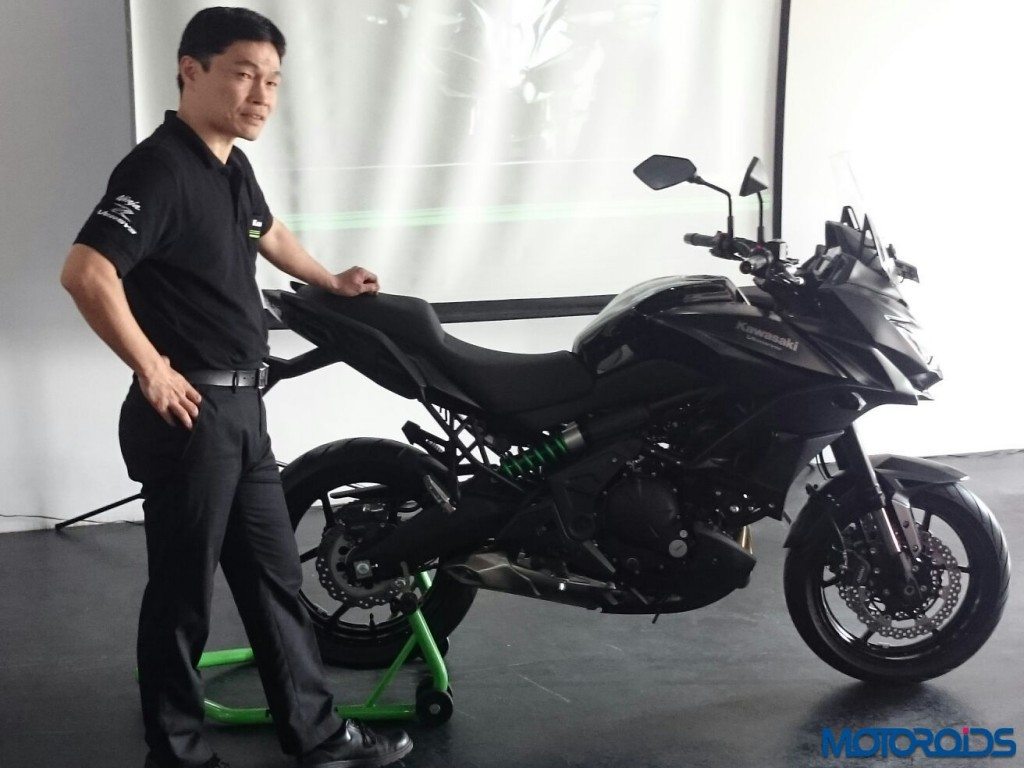 UPDATE: Kawasaki did not launch the Vulcan S cruiser for the Indian market. All latest updates being reported at the end of the article.

Plan to explore the roads unknown by going off the tarmac in 2016? Or intent to just pull out your motorcycle from the garage and cruise towards the horizon? Well, Kawasaki will soon have affordable (relatively) motorcycles to address your needs. The Japanese two-wheeler maker will unveil its Versys 650 adventure/sports tourer or dual purpose motorcycle and the Vulcan S cruiser for the Indian market in a matter of minutes and our boys are at the event to bring you all the latest updates and photographs. 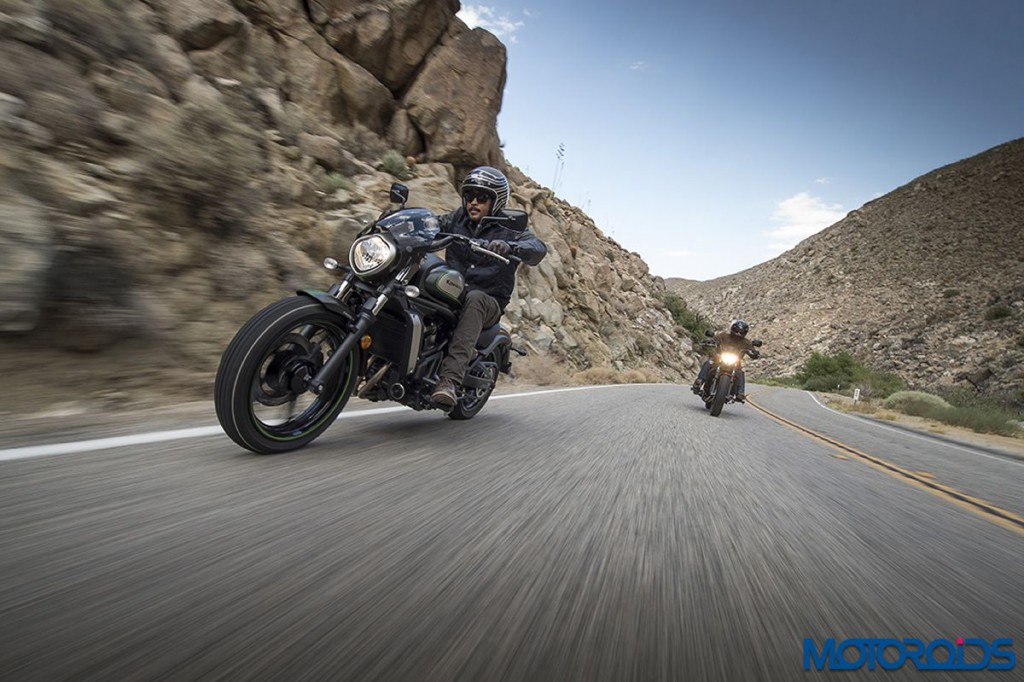 Most of the details are already known and we are just awaiting the India spec prices and availability of ABS of both these motorcycles. So while we await details on the pricing front from ground zero, here is a quick recap of both the motorcycles. 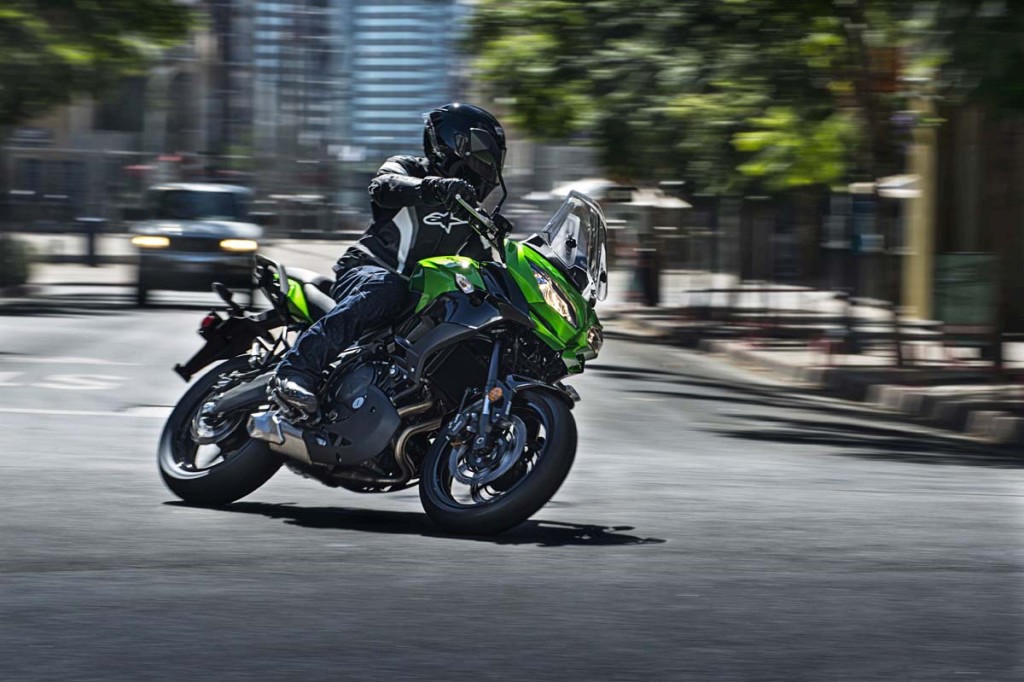 Kawasaki Versys 650, the smaller displacement version of the already available Versys 1000, will compete in the middle-weight motorcycle market and will represent the Japanese motorcycle maker along with the Ninja 650 and ER-6n. The Versys 650 will also share its power plant with the Ninja 650 and the ER-6n, but with a different state of tune to match its dual purpose characteristics. The 649cc parallel twin motor will deliver 69 hp of power and 64 Nm of torque and will come mated to a six speed transmission. 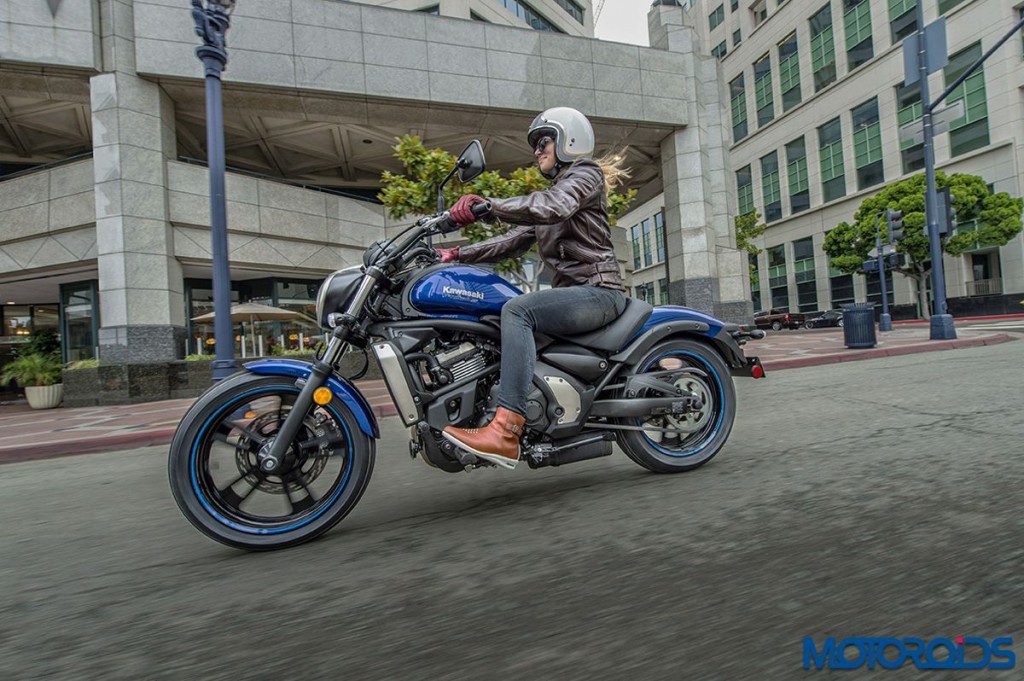 The Vulcan S, on the other hand, is Kawasaki’s middleweight cruiser. This motorcycle too borrows its liquid-cooled, DOHC, 649cc parallel-twin heart from the from the Ninja 650 and ER-6n, but has been re-tuned for better low-end and mid-range grunt, adhering to its cruising credentials. This cruiser delivers 61hp of power and 63 Nm of torque, lugging around a kerb weight of 225kg, or 228kg with ABS.

The event is scheduled to commence in a matter of minutes so stay tuned into this space and keep refreshing the page to read all the latest updates from the launch event. 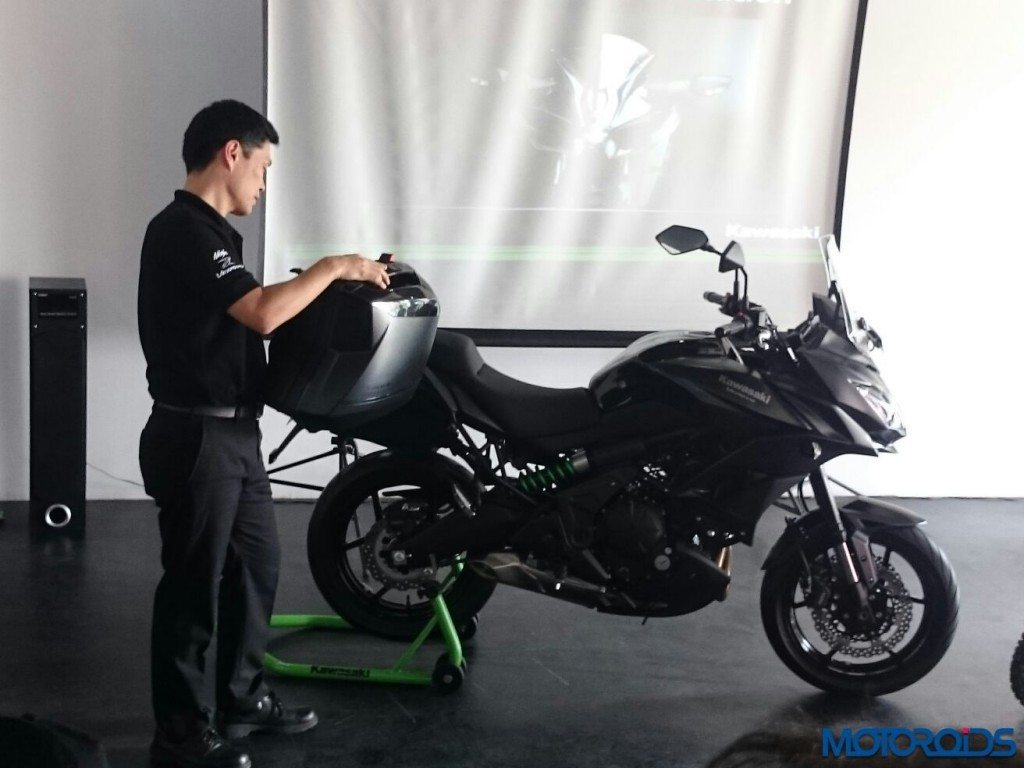 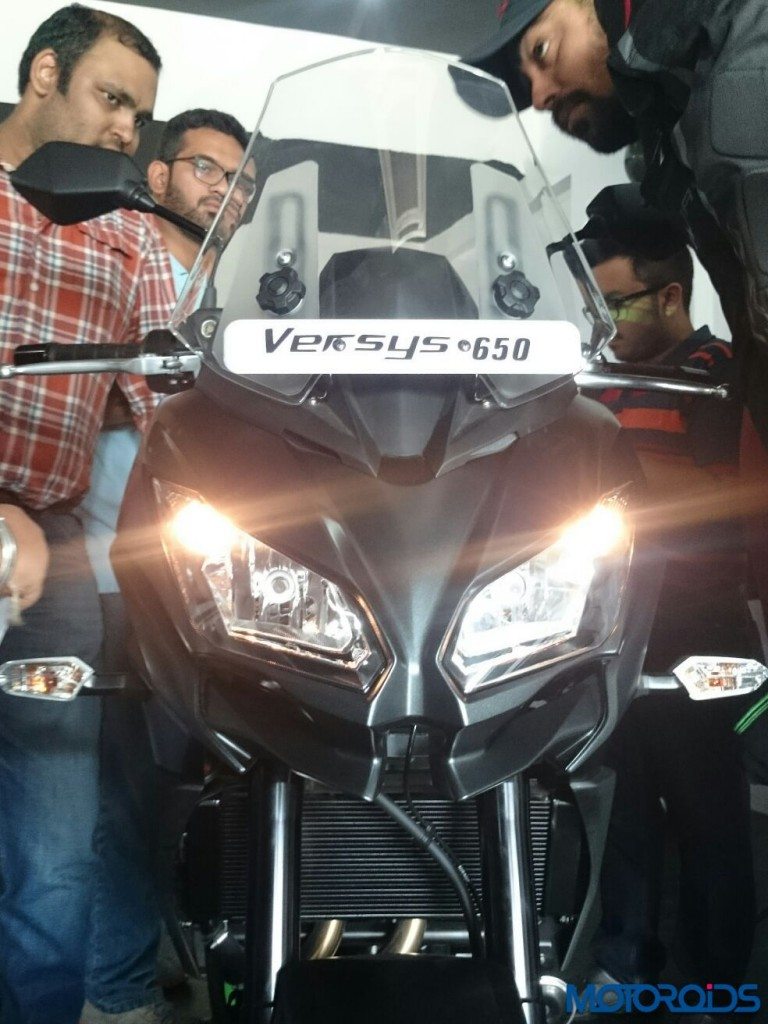 The big windscreen should provide ample protection from wind blasts while the dual headlight would illuminate the road ahead. 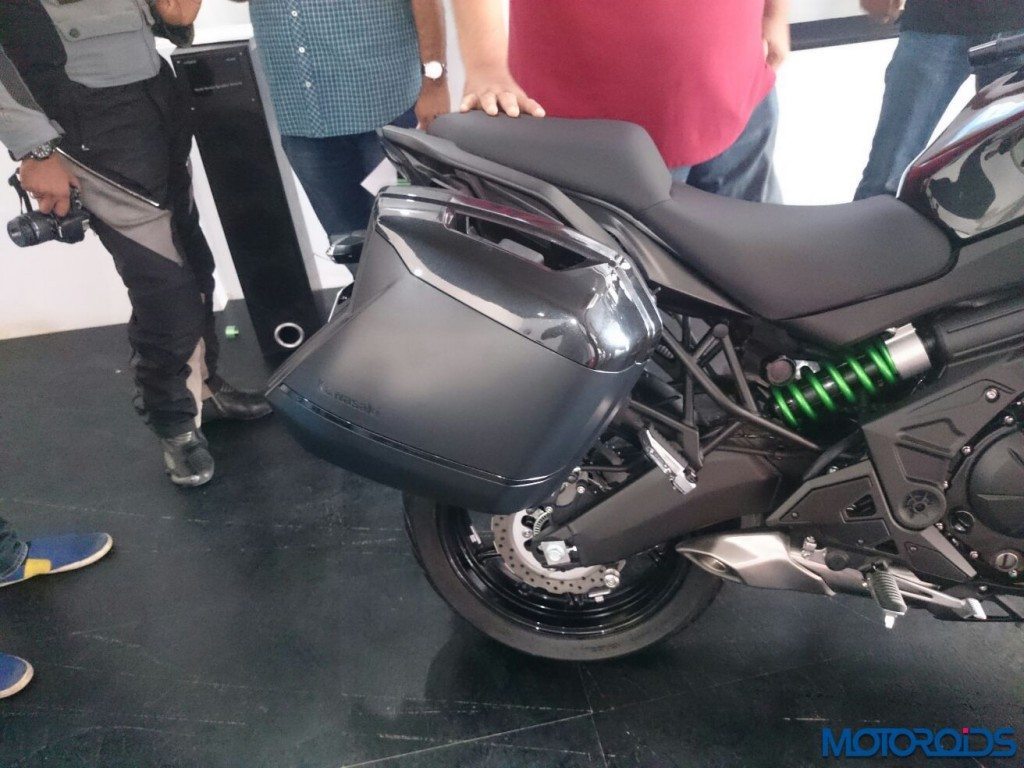 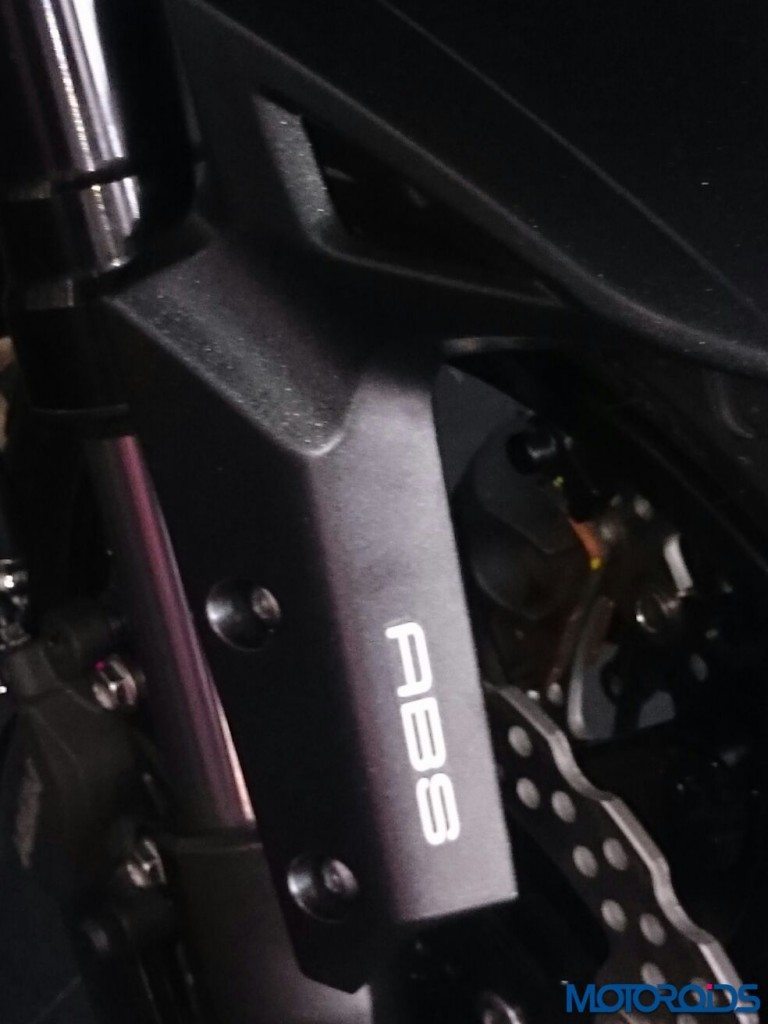 Moreover, unlike the Ninja 650, the Versys 650 will receive ABS as standard. 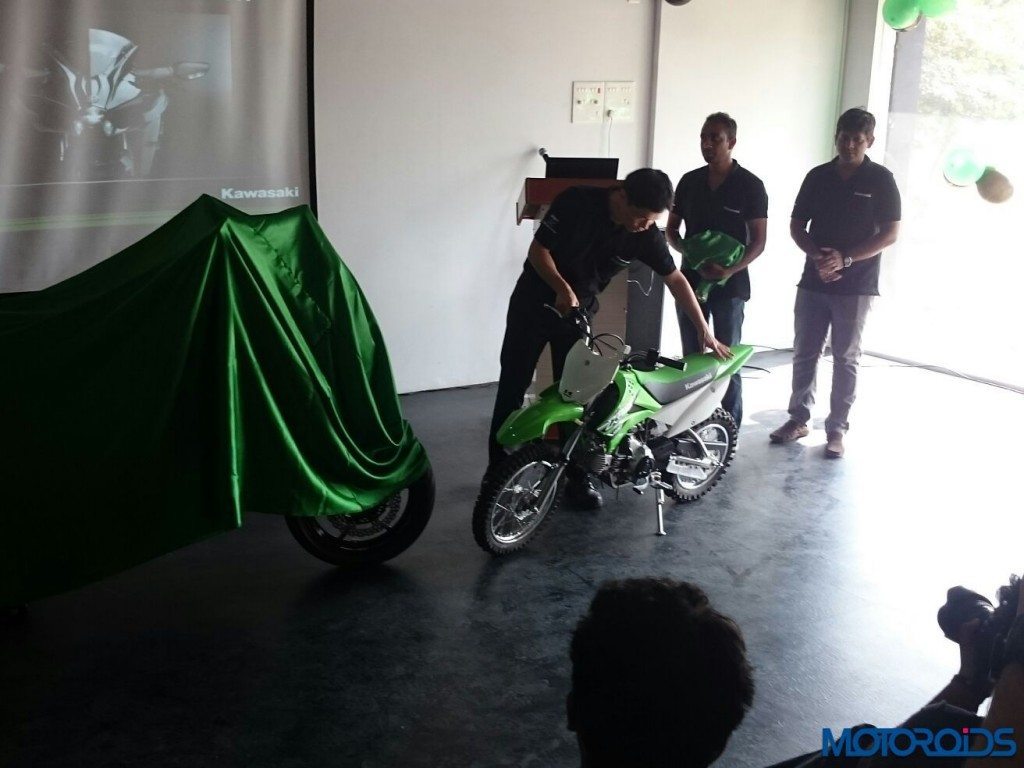 The KLX 110 is Kawasaki’s off-road motorcycle with a low seat height, long travel suspension and an automatic clutch. The 112cc air-cooled, four-stroke engine delivers 7.3 PS of power at 7,500 RPM and 8 Nm of torque at 4,000 RPM. The curb weight stands at just 76kg.

Here are some detailed images of the new Kawasaki Versys 650 and the KLX110: