Kawasaki has unveiled five of its international superbike offerings in South India. The unveiling was done in association with the Khivraj Group, Bangalore. 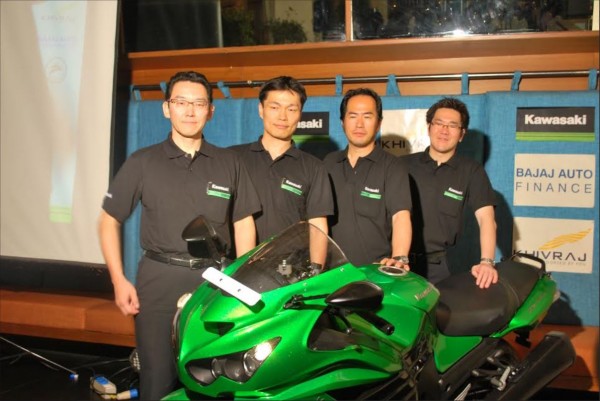 Kawasaki has been going hammer and tongs with its India-expansion strategy. To showcase their prowess, they have brought in their frontline models. The five models have been launched in South India to give the audience a taste of what Kawasaki is capable of. The unveiling was done through India Kawasaki Motors, the Indian subsidiary of Kawasaki. Also associated with the unveiling was the Khivraj Group of Bangalore.

The various models launched, and their prices in INR are listed below :

All the prices listed above are ex-Showroom Bangalore prices.

The Kawasaki Ninja ZX14R is a hyper-sport tourer, which also holds the crown of the fastest accelerating production superbike. It features a 1441 cc engine that belts out a mammoth power of 210 PS. Second-in-line comes the Kawasaki Ninja ZX10R, which is a Super Sport bike blessed with deadly looks and an imposing road presence. Its 998 cc powerplant can belt out a peak power of 209.9 PS. Also unveiled at the event was the Sport Tourer Kawasaki Ninja 1000. It is powered by a 1,043 cc engine that produces a capable 142 PS of power. Priced at exactly the same price-point is the Kawasaki Z1000, the naked sibling of the Ninja 1000. It is also powered by a similar engine as the former bike, and produces exactly same power of 142 PS. Last but not the least lies the lean, mean machine Kawasaki Z800. The hooligan-of-a-bike produces a peak power of 113 PS from its 806 cc engine. 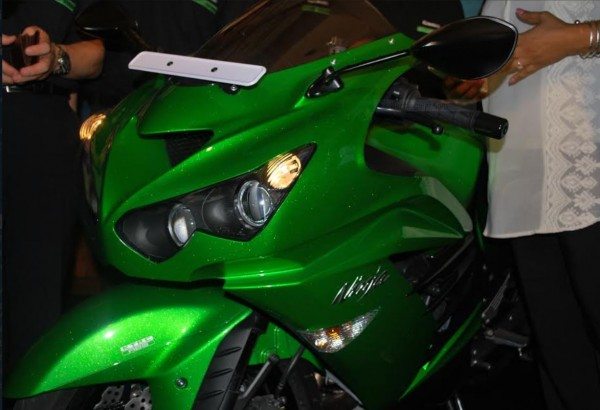 Kawasaki claims that all the five superbikes lie at the pinnacle of technology. They provide a combination of mind-numbing performance as well as worldly practicality. All the bikes can hit speeds in excess of 100 km/h from standstill in under 3 seconds. All of them are bulky and weigh in excess of 200 kilograms, yet they manage to return a fuel efficiency ranging from 15 to 18 kilometres per liter.

Kawasaki also pointed out that special care has been taken to help riders tackle the unfriendly Indian riding conditions. These include adjustments in ground clearances, and an increase in the comfort of the seats.