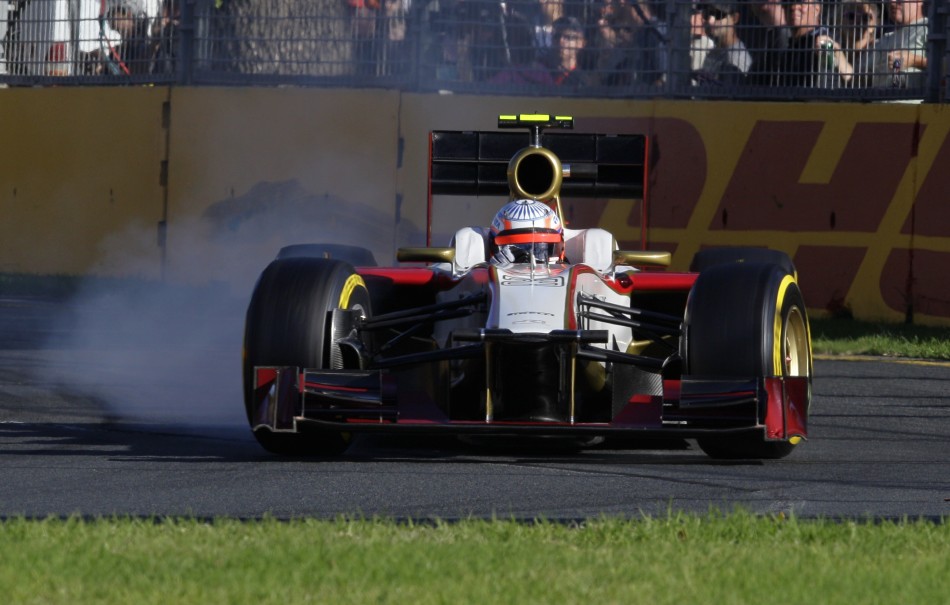 Only today, we reported that Narain Kartikeyan qualified last in the practice race at the Australian GP. Now, owing to failure in making the 107 percent cut in the qualifying session, Narain Karthikeyan and Pedro De La Rosa from HRT F1 will not be seen participating in the race tomorrow. It may be noted that the Spanish team could not have an optimum qualifying session owing to lack of experience with the car and difficult weather conditions on Friday. F1 lovers will remember that the team had failed to perform in the first race of last season as well.

Here we post in detail about what Narain had to say about the hard luck and poor performance at the Australian GP.

“It is a huge disappointment to not qualify for the race, no doubt about that. Some major mechanical issues took up a majority of our time – hydraulics problems in particular, which cropped up yesterday and couldn’t be eradicated today as well. The hydraulic fluid temperature couldn’t be maintained at optimal levels which made the car really difficult to drive due to a heavy steering, and more critically put the DRS out of operation – which is alone worth almost a second during qualifying.If we had been able to get on top of these niggles there was certainly enough pace to make the cut. Yes it would’ve been close, but we’d at least be on the grid. During my F1 career, I’ve always driven older-spec cars. The Jordan I drove in 2005 was a ’04 spec, and last year’s car was the same 2010 Dallara chassis. I had higher expectations this year considering it is a new design – I knew it wouldn’t be a walk in the park but I was quite optimistic. I believe these issues have shadowed the real potential of the car, but what concerns me more is the reliability. It is a huge unknown as we haven’t done more than two consecutive flying laps, let alone a full race distance.”

The next F1 race will be held at Sepang, Malaysia next week and is one of the toughest races of the calenders. Here is hoping the best for Kartikeyan and HRT.