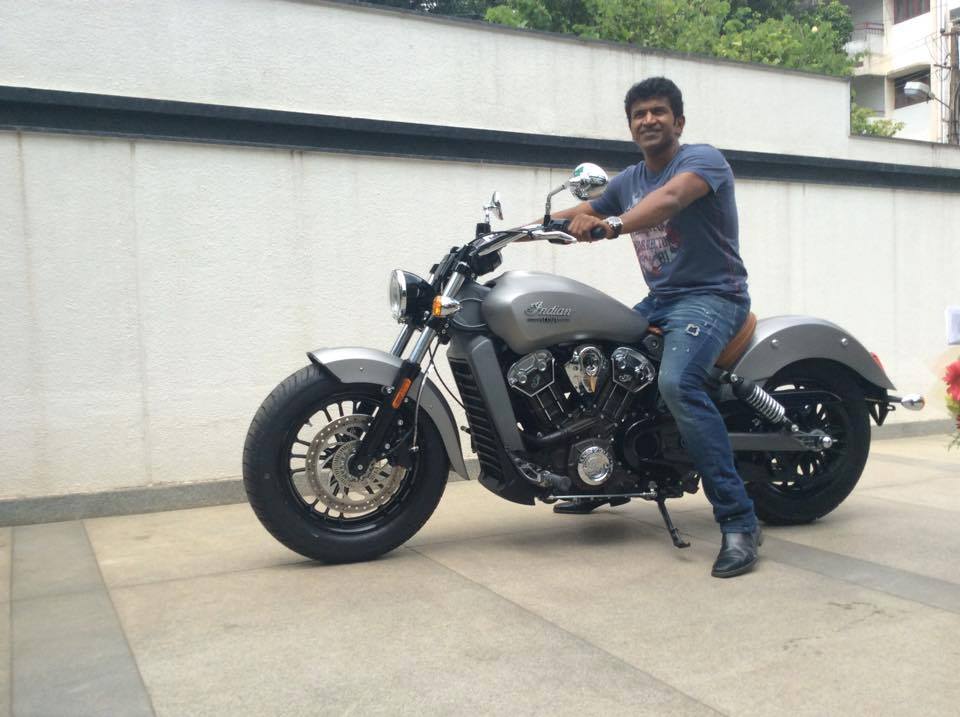 Kannada superstar Puneeth Rajkumar bought himself an Indian Scout motorcycle, prices of which start from INR 11.99 lakhs (ex-showroom Delhi). Puneeth, also a playback singer and a television presenter, apart from being a successful actor opted for the Scout with a tasty smoked silver paint-job. The Indian gives company to a Range Rover Vogue in Puneeth’s garage. 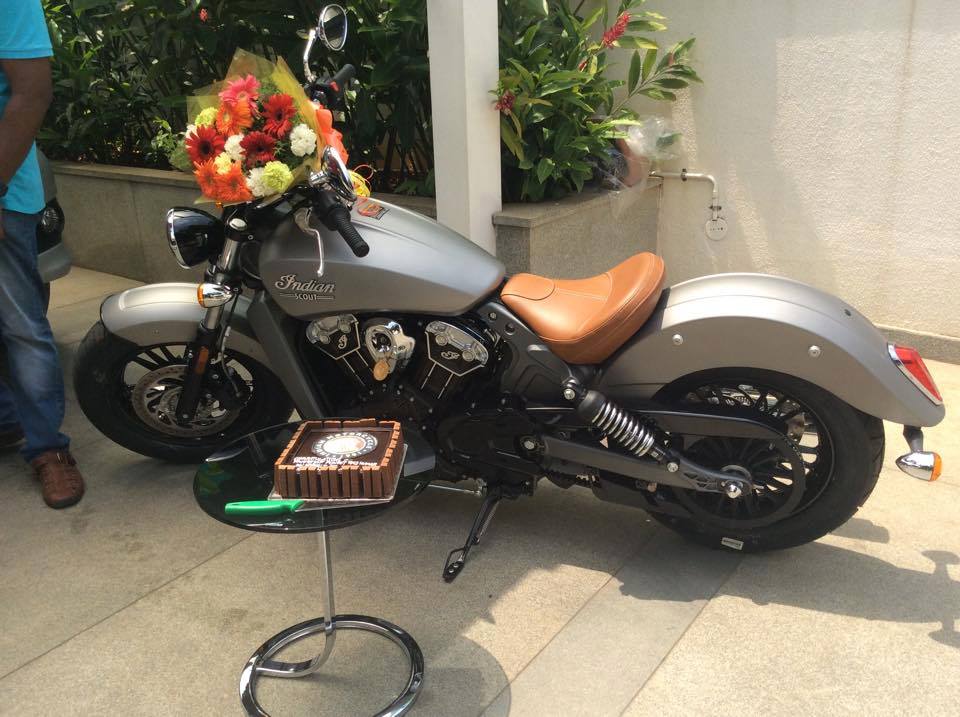 The new Scout aims to blend Indian’s rich heritage, which dates back to 1901, with modern technology. The Scout employs the manufacturer’s first-ever liquid-cooled engine – a 69 cubic inch, 1131 cc V-twin engine which belts out 99 bhp and 97.7Nm of torque.. The cruiser boasts of a classic rigid triangle design, paired with monotube rear shocks. The bike tips the scales at 253 kgs, stands 135 mm above the ground and can lean upto 31 degrees. 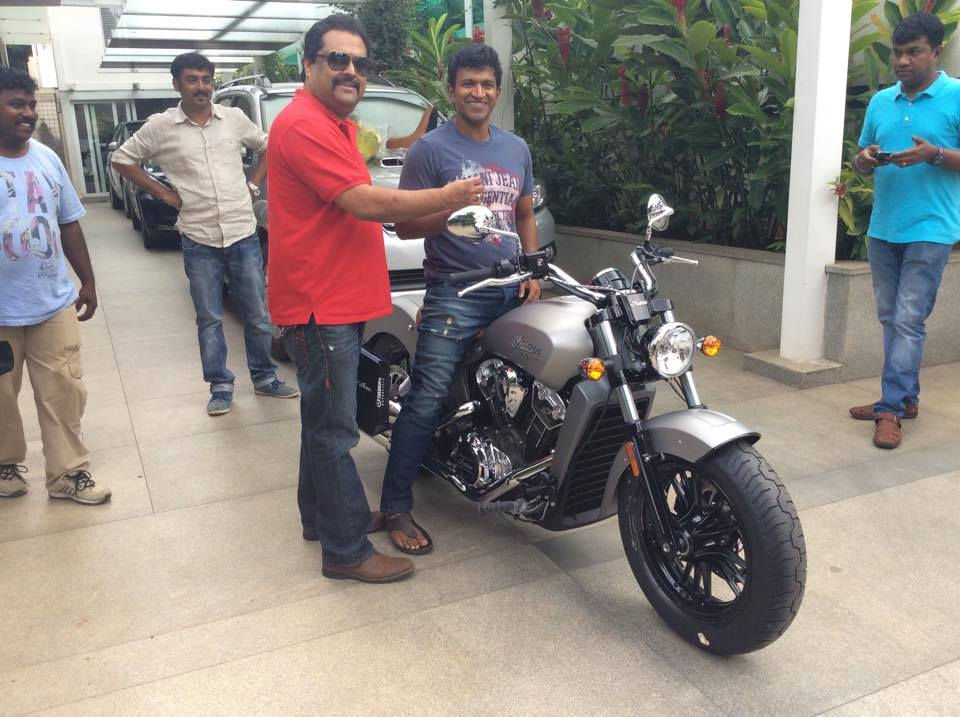 The Indian Scout motorcycle was first produced between 1919 and 1949, and was used by US and Allied forces during World War II. Polaris Industries Inc acquired the Indian motorcycle brand in 2011 and has made major contributions to infuse modern, state-of-the-art technology, while still retaining the iconic styling and design of the historic brand.