After scorching the race tracks for five seasons with Polo R Cup; Volkswagen Motorsport India is all set to kick start its brand new one make racing series – the Vento Cup – with the first round being held at the Kari Motor Speedway near Coimbatore. Come weekend, the 21 selected drivers will race in this new series for the very first time to prove their mettle on the track. 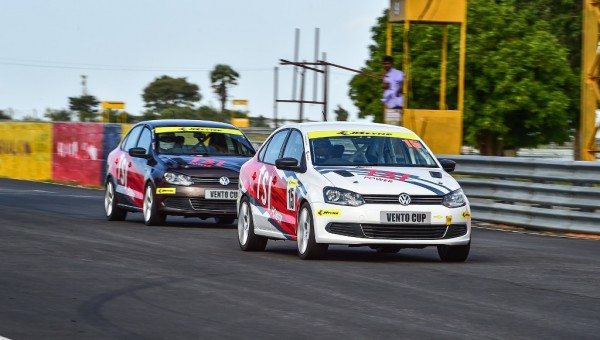 The round 1 of the first season of Vento Cup 2015 is scheduled to take place from 07h to 09th August. The race weekend will consist of three free practice sessions, one qualifying session and two races where the selected drivers will compete for championship points. After testing the race cars for three days last month, it will be the first time that the drivers will be involved in competitive driving with their respective Vento Cup race machines.

“With the introduction of Vento Cup, Volkswagen Motorsport India has already raised the bar with respect to the race machines that are being made available for the budding racers. We now expect to see the same levels of dedication and performances on the circuit from our selected drivers. By providing equal performance race cars to all, we expect the racers to showcase their driving skills and nerves on the track and leap ahead of the others. I wish them all the best for the first round of the season and I am sure that they will perform to the best of their abilities”, said Mr. Sirish Vissa, Head of Volkswagen Motorsport India. 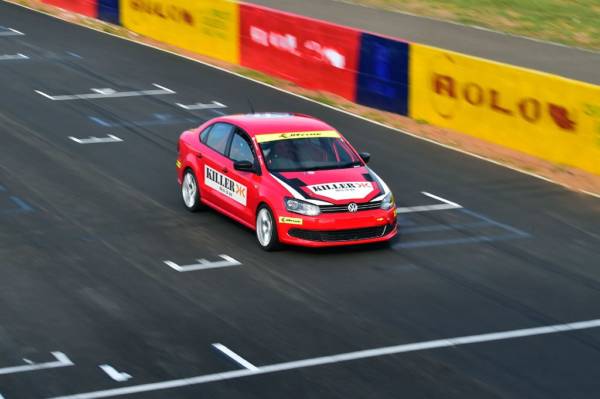 The first round was preceded by two days of rigorous fitness camp in Bangalore in association with British Nutritions and a three-day pre-season test at Kari Motor Speedway, Coimbatore. The fitness camp focussed on improving the drivers’ physical and psychological fitness and to provide them with insights on diet and exercise routines they need to follow throughout the season. The camp reiterated the benefits of staying fit and focused, before, during and after the race. The pre-season test introduced the drivers to the new Vento Cup race car and helped them familiarise with their racing tool. Driver coach Rayomand Banajee gave lessons on racing lines, braking, cornering techniques, launch control techniques, flag rules and other vital aspects of racing for the competitive season that lies ahead.