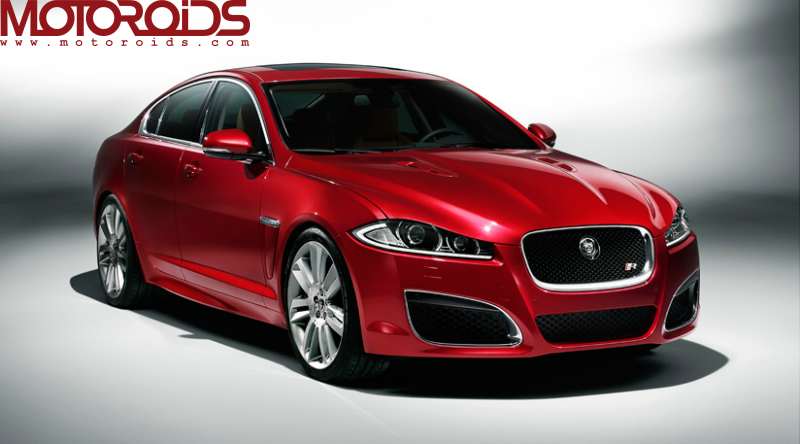 What you are looking at are the latest facelifted version of the Jaguar XF and XFR models. The new variants were released at the New York Auto Show 2011.

In its latest iteration, the Jaguar XF gets refreshed headlights, a reworked bonnet design, a bigger grille and a redesigned front bumper. The new headlight looks much better on the car than the earlier version. It should delight the new buyers, as much as it would give the current owners a heartburn.

Now the XF and XFR are so similar in design that it’s sometimes difficult to tell one from the other. Fret not, here’s what you need to look out for. The side air intakes on the XFR are bigger than the ones on the XF. Also, these intakes on the XFR are completely surrounded by a chrome perimeter, that’s not the case with the XF. The line bisecting the air intakes is towards the upper end in the XFR, and on the lower end in the XF. Finally if everything else fails, you just cannot miss the four exhaust pipes, and the aerodynamic diffuser of the XFR, as against the single exhaust pipe on the XF.

On the inside, there is a brand new steering wheel, redesigned center console and better seats. Jaguar has also introduced better sound deadening for a quieter cabin.

The most significant change, however, is in the engine department. The new XF now gets a small and frugal 2.2-liter diesel powerplant. Power output is rated at 188bhp and torque at 450Nm. The engine is mated with a ZF’s eight-speed automatic transmission. An auto stop-start system completes the eco-trick for the new car.