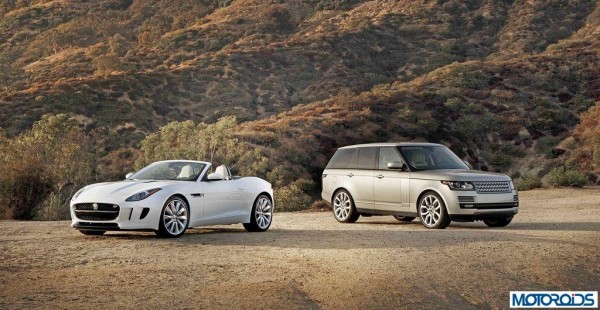 Jaguar Land Rover delivered a healthy sales performance during the first quarter of 2014, selling 124,776 vehicles, which is up by 8%. Much of this sales success is due to the good demand for the new and refreshed Jaguar and Land Rover line up which was enhanced during this period by Jaguar’s 15MY introductions, the sales debut of the Jaguar F-TYPE coupé and a strong performance from Range Rover Sport.

Jaguar Land Rover’s regional performance for the quarter was as follows: the China Region up 36%, North America up 13% and Asia Pacific up 13%. The UK and Europe are marginally down due to the market launch timing of special edition models in the corresponding quarter last year.

Sales for Jaguar Land Rover in March were 55,183, up 3% versus the same period last year.

Commenting on the quarterly performance Andy Goss, Jaguar Land Rover Group Sales Operations Director said:  “This has been a strong start to the year for both brands thanks to continued global demand for our latest model offerings. The F-TYPE Coupe has just been launched to the world’s media to critical acclaim and Land Rover are set to reveal a Discovery Vision Concept car at the New York International Auto Show, to showcase Land Rover’s design vision for a new family of Discovery vehicles.”

In the first quarter of 2014, Land Rover sold 100,745 vehicles up 6% with regional performances as follows: the China Region up 33%, Asia Pacific up 15% and North America up 8%. The UK, Europe and other overseas markets were down slightly. In March, Land Rover sold 43,452 vehicles, in line with prior year, with strong performances across the range.