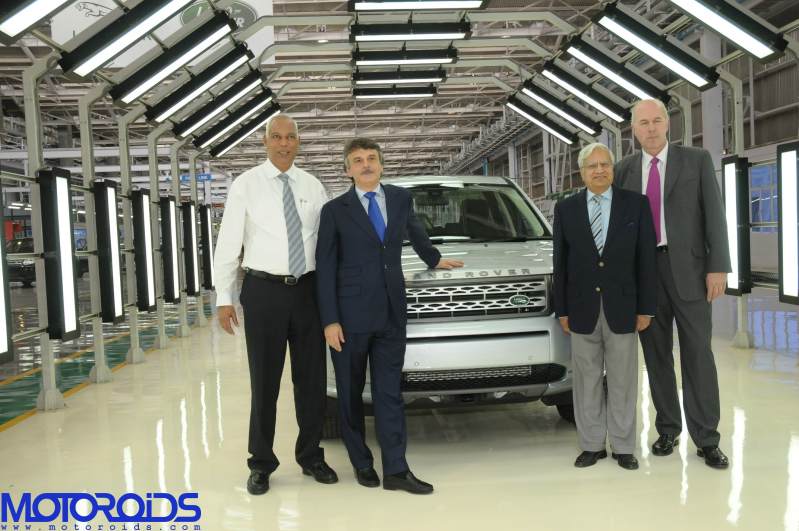 The facility in Pune will adhere to JLR’s international quality standards and will be overseen by experienced manufacturing and quality managers who have moved to India from the UK.

The Freelander 2 is available in India in two variants, the TD4 SE Automatic and the SD4 HSE Automatic. The prices start at Rupees 33.89 Lacs (ex-showroom price in Mumbai, pre-octroi). The new price for the model is substantially lesser than when it was imported as a CBU. The difference is as much as 7-8 lakh, which should come as music to the ears of prospective buyers, and as cuss words to those who already own it.

Mr. Carl-Peter Forster, said: “Today marks a significant step in our growth strategy for the Indian market. The opening of this plant demonstrates close co-operation between the parent company TATA Motors and Jaguar Land Rover and we are keen to develop this further”.

Dr Ralf Speth, said: “Jaguar Land Rover is delighted to have officially opened our first assembly facility in India. We are excited about the prospect of assembling cars in Pune for the Indian market where we have achieved significant growth since we opened our first showroom in 2009.  It is a great time to be expanding our operation in India due to the increasing demand for luxury products and the strength of the Indian economy.”