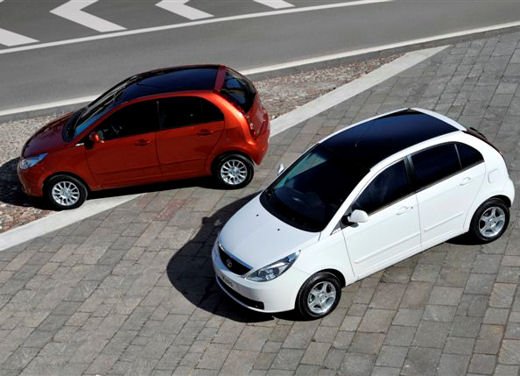 Tata Indica Vista which is in the Italian market since almost a year now saw a new version of the Vista which is available in two tone colour. The new Italian Vista is comes with a black roof. Maybe it is supposed to create an illusion that it’s an open roof, that’s the reason Tata painted it black.

On the inside the Vista is the same there is no change it still churns 75bhp from its 1.3 diesel and 1.4 petrol, both of the engines are Euro 4 approved. Maybe Tata is obsessed with the black colour as their top end Nano which was showcased in 2008 Auto Expo had a black roof also the 10th anniversary Indica also had a black roof.

We wonder if Tata introduces such a version in India will it grab a lot of attention?