Home News Honda to launch a new scooter on June 12. 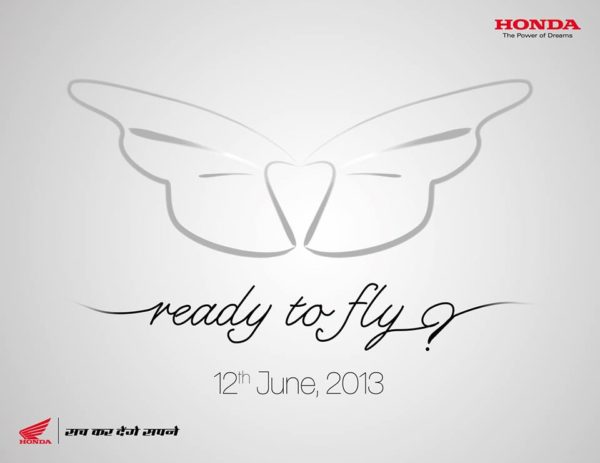 It is no secret that Honda Motorcycles and Scooters India, the Indian subsidiary of the Japanese two wheelers giant, intends to overtake Hero MotoCorp to become the country’s largest selling bike maker. Helping HMSI with realizing this dream would be its large product portfolio which consists of bare basic commuters to performance oriented bikes, with everything in between. The Honda Dream Yuga is already helping the bike maker with eating into the sales of Hero MotorCorp and its popularity in automatic scooters segment has always been the manufacturer’s strength. The Activa and Dio can be safely credited with reviving the scooter segment after the demise of the Kinetic Honda.

Now, it has emerged that Honda Motorcycles and Scooters India intends to soon come up with one more product to further expand its arsenal. Seen here is an invite from HMSI which reads “Ready to Fly?”

While HMSI hasn’t yet announced what product it plans to launch in our country, a Tweet from an OnCars member says that the bike maker intends to launch a new scooter on June 12.

The automatic scooter segment of our fast developing bike market is buzzing with activity and we recently saw Yamaha India launching the Ray Z. We will also soon see South India based manufacturer TVS coming up with a new scooter based on the Wego. Also in pipeline is a new scooter from Mahindra Two Wheelers.

Among the upcoming crop of scooters is Honda’s new offering which might be launched in a more powerful avatar than the existing Activa. This engine is speculated to be based from one of Honda’s existing international lineup . The scooter is also expected to receive a  suspension revamp, Digital speedo console and some other new features.