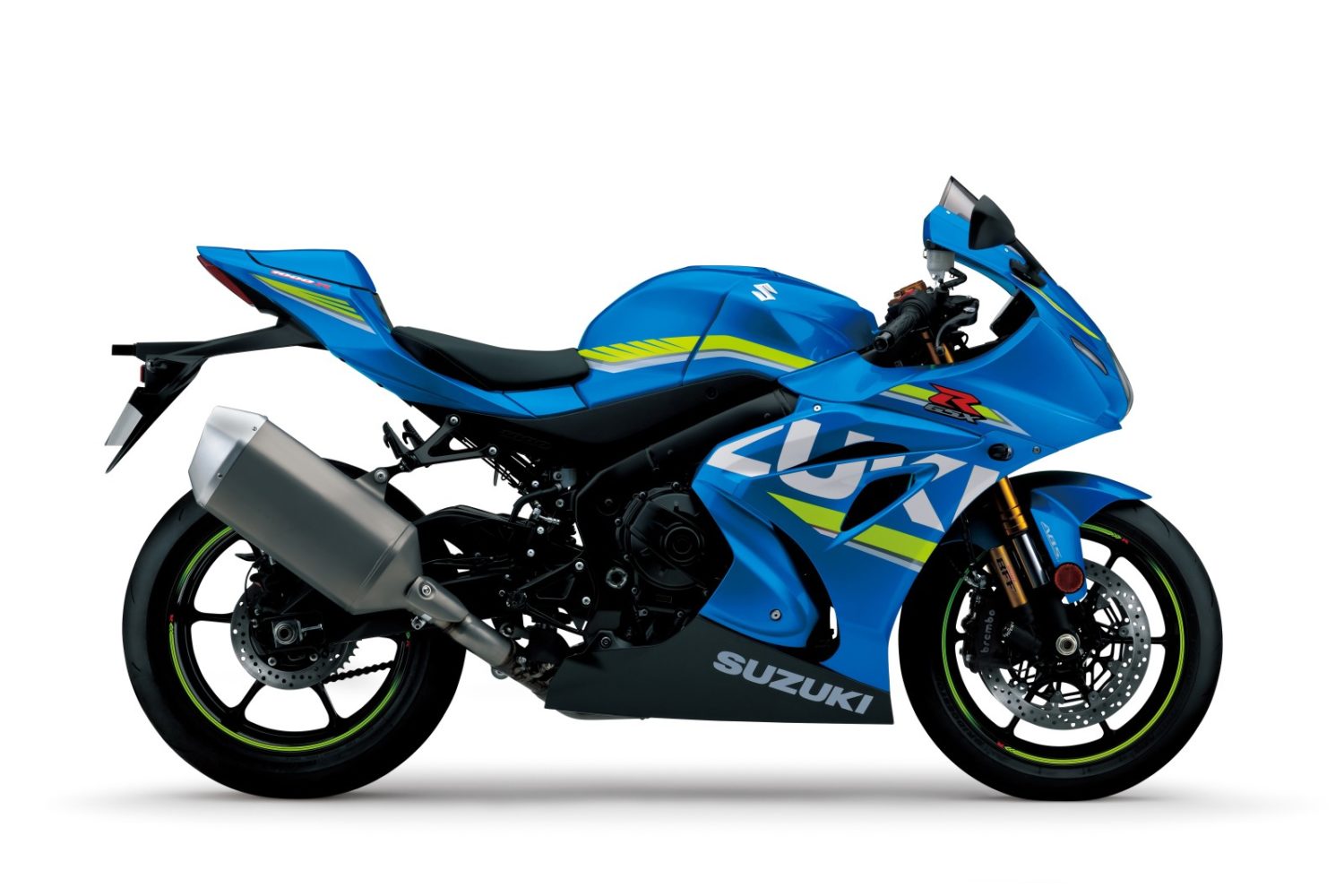 Suzuki has finally entered the 200PS club in the litre-class segment with its new 2017 GSX-R1000 and GSX-R1000R. The motorcycles were unveiled at the 2016 INTERMOT show in Cologne, Germany. For the 2017 models, Suzuki returned to the drawing board, designing and building a brand new machine using technology developed from competition in MotoGP. The chief engineer on the project, Shinichi Sahara, used his experience as a former MotoGP technical manager and project manager to develop a new power-plant that produces 202PS at 13,200rpm – Suzuki’s most powerful GSX-R engine, ever.

Both models have been built around a brand new aluminium frame that is claimed to be 10% lighter than the unit on the previous model. It is also 20mm narrower at its widest point than previous generation’s frame, making the new model more agile. the new 2017 Suzuki GSX-R also features a new swingarm which is aimed at optimising rigidity and improve handling performance. 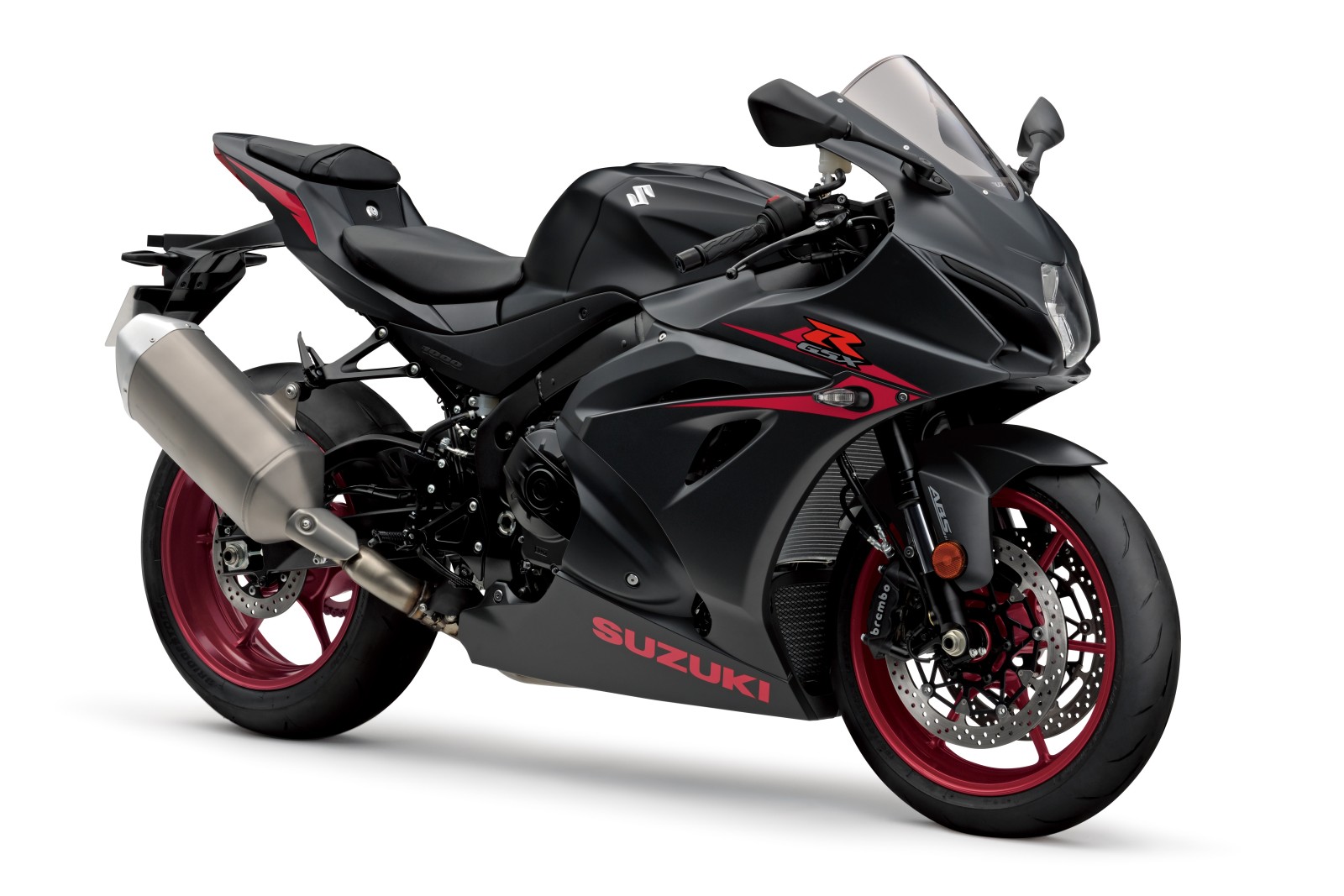 New bodywork is MotoGP-inspired, and is designed with aerodynamic efficiency, aimed to improve handling and top speed. The air intake ducts are positioned closer to the centre of the fairing, where the air pressure is higher, and are also larger than the previous GSX-R1000’s, increasing airflow into the air box. There’s also a new, full LCD dash, LED headlight and, on the R model, LED position lights, and an LED taillight at the rear. Turn signals, both front and rear, are also LED. 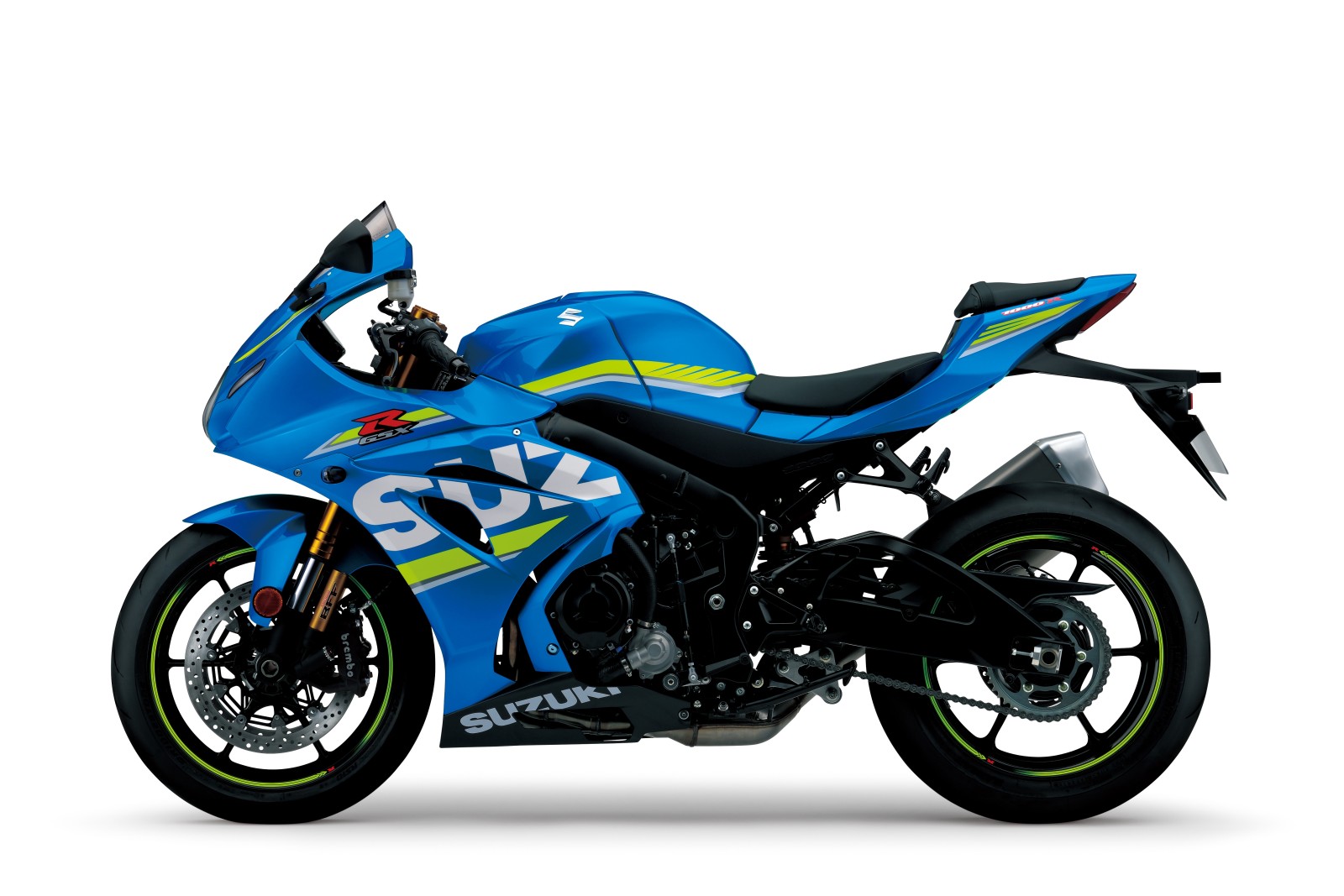 In terms of power, both the GSX-R1000 and GSX-R1000R utilise an all-new, 999.8cc inline four-cylinder engine, which uses Suzuki Racing Variable Valve Timing (SR-VVT) and a new finger follower valve train as part of Suzuki’s Broad Power System. Developed for use on the firm’s GSX-RR MotoGP racer, the system allows the new engine to produce strong low-midrange power, before the SR-VVT boosts top-end output. The engine benefits from new pistons, pins, and rings, as well as new camshafts and titanium valves for higher peak power.

Top-feed injectors, located on top of the air box, and new ride-by-wire throttle bodies also help boost peak power and allow for more efficient combustion and precise fuelling control. The servo-operated exhaust valves in the exhaust balance tubes remain closed in the low and midrange, opening in the higher rev range to increase top-end power, again without compromising on the low-midrange. 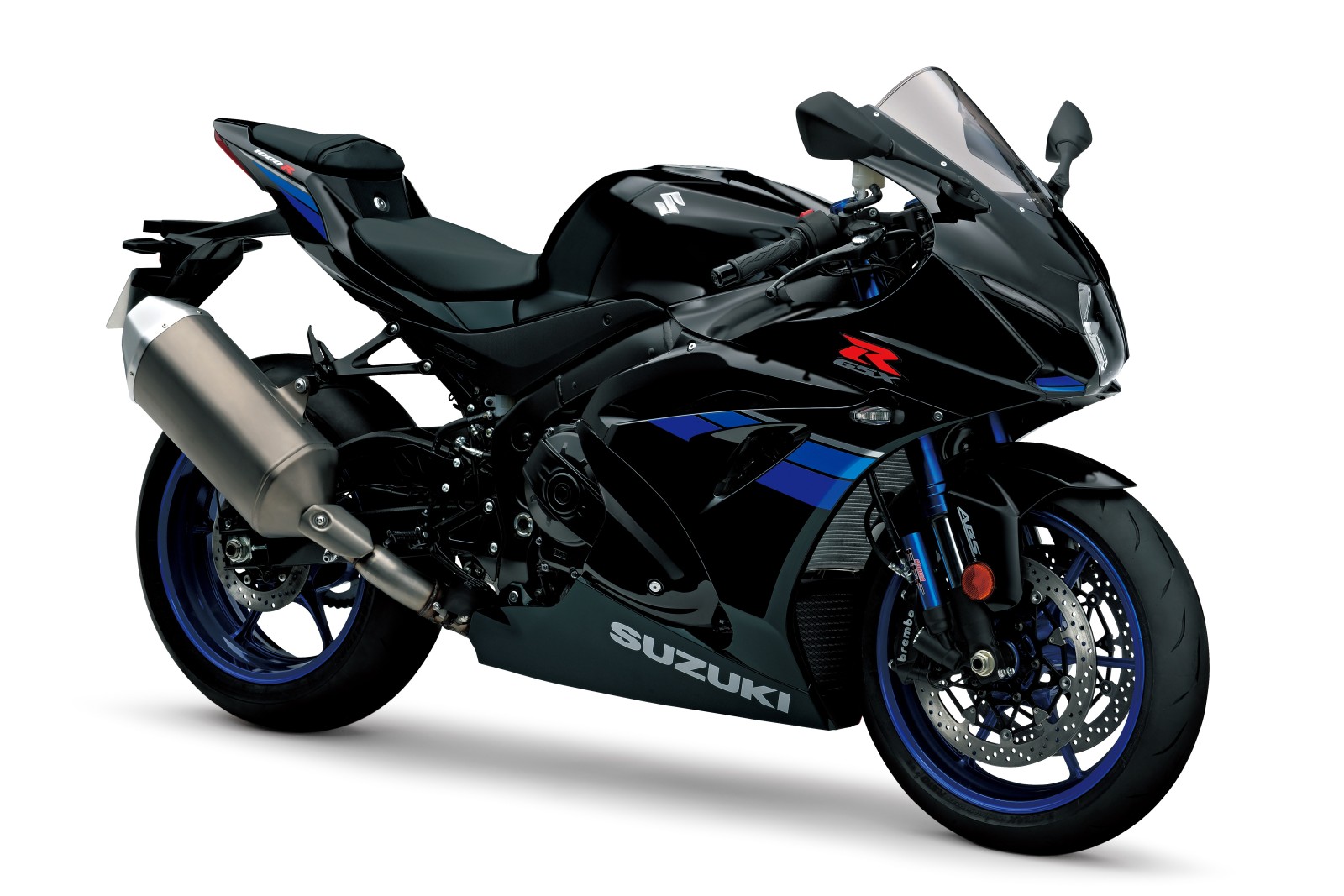 The cylinder block incline angle is moved backwards by 6 degrees, reducing the engine length by 22.2mm, the benefits of which are increased front-end feel and increased stability. The new GSX-R1000 also gets a redesigned slipper clutch for easier deceleration and a lighter lever pull, and a new cooling system, with a high-efficiency curved radiator and dual electric fans. 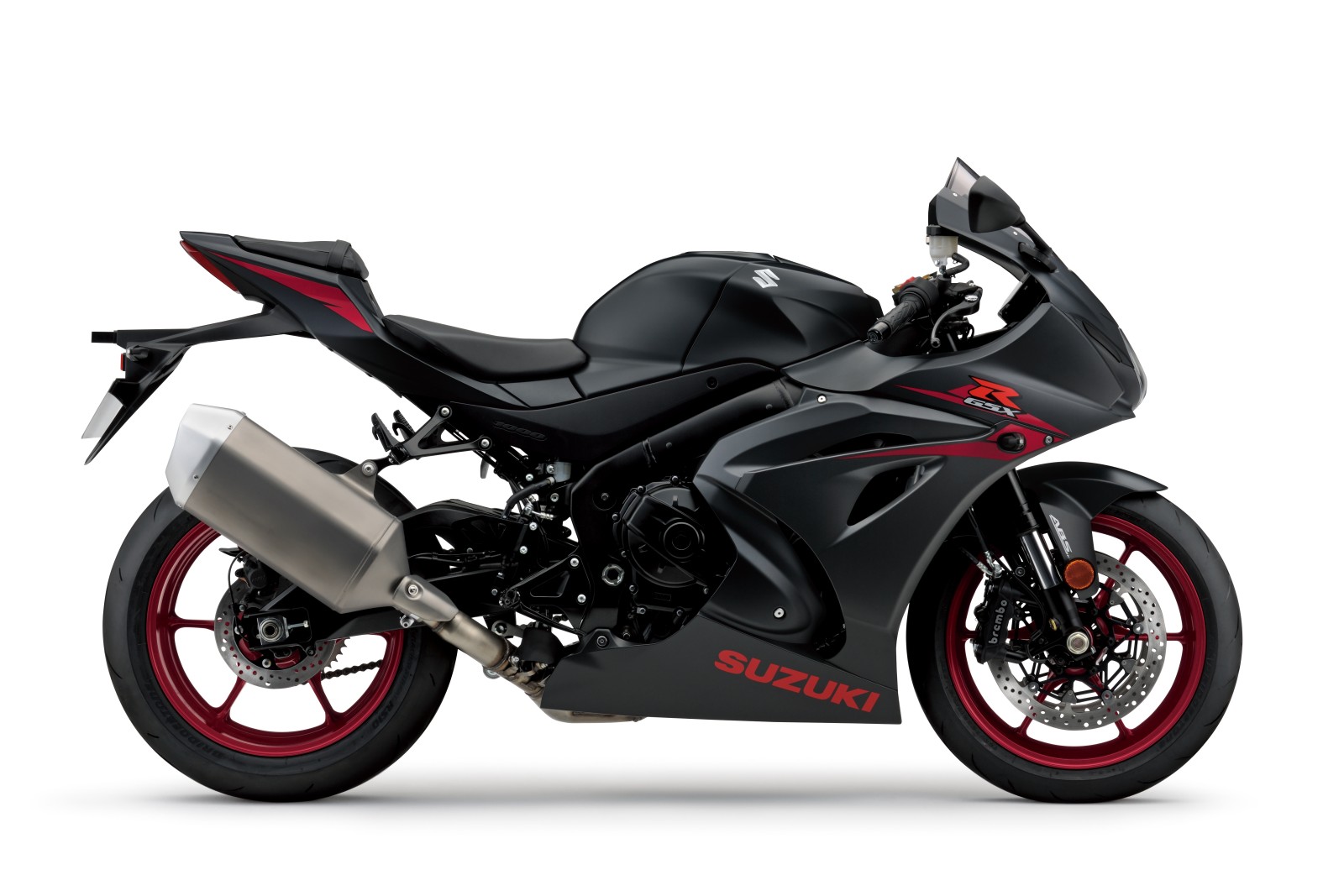 Suzuki’s Motion Track Brake System is also found on both versions of the GSX-R, but varies between models. On the GSX-R1000R, the system allows the ABS to operate while leaned over, as well as in a straight line, further enhancing rider confidence. The system will also optimize front brake pressure during heavy braking to reduce rear wheel lift. The GSX-R1000 features the ‘anti-stoppie’ function of the Motion Track Brake System, but without the lean angle sensitive function. 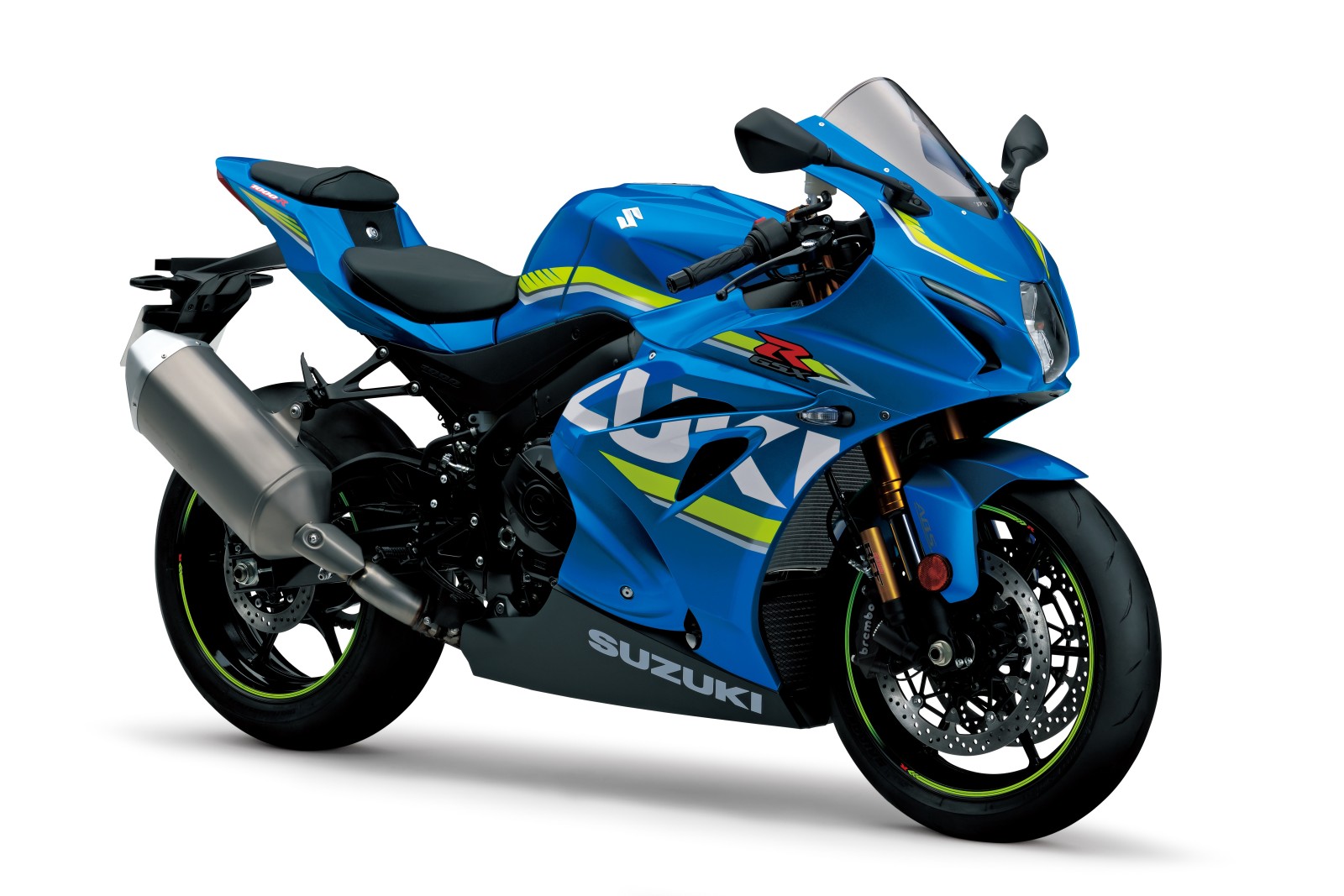 Suzuki has refined and developed the multiple rider modes system for the new machine. The GSX-R1000 and GSX-R1000R gets three modes available for riders to select depending on the road and weather conditions. There’s also an easy-start system and low- assist function.

Setting the GSX-R1000R apart from the GSX-R1000 is the addition of a bi-directional quick-shifter, which uses a throttle valve position sensor and a gear shift linkage sensor to automatically retard the ignition on upshifts, and open the throttle valve on downshifts, meaning there is no requirement for riders to shut the throttle when going up through the gears, or blip the throttle on the way down, resulting in slicker gear changes and faster, more consistent lap times. 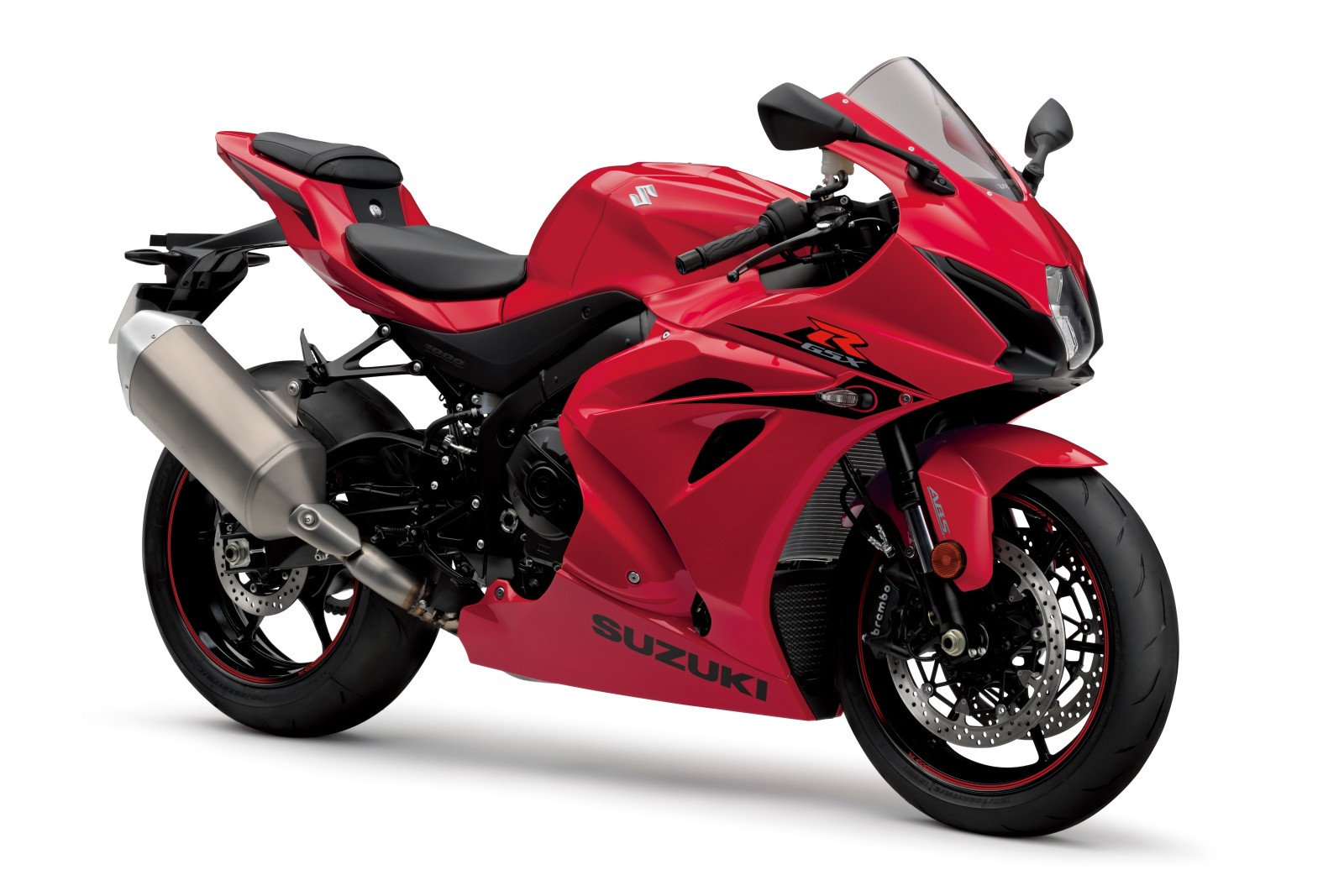 Also unique to the GSX-R1000R is a launch control system that allows riders to make smoother, faster starts, as six sensors work together to limit engine rpm and control the throttle valve, reducing the chance of wheelies and lets riders concentrate on clutch operation.

The GSX-R1000 is set to arrive in the spring, with the GSX-R1000R due to arrive later in the season in the international market. India launch should happen soon after the global launch. Check out more images of the new GSX-R1000R below. Do let us know your views through the comments section.