In an unfortunate turn of events, Indian racer Ashwin Sundar (27), and his wife Niveditha (26) passed away in a road accident at Santhome High Road, Chennai on Saturday morning. Sundar, on his way back home with Niveditha, lost control of his BMW and rammed into a tree. The car, stuck between the tree and a wall, burst into flames, trapping Sundar and his wife inside.

Passerby could not help the couple caught in the car due to the intense heat and had to wait for the police and fire-department to arrive on the spot. Initial reports by the police suggest that Sundar was driving as high speed before losing control of the vehicle and ramming into the tree. It took fire-fighters 30 minutes to put-off the fire but it was too late. The couple were identified with the help of the registration plate. 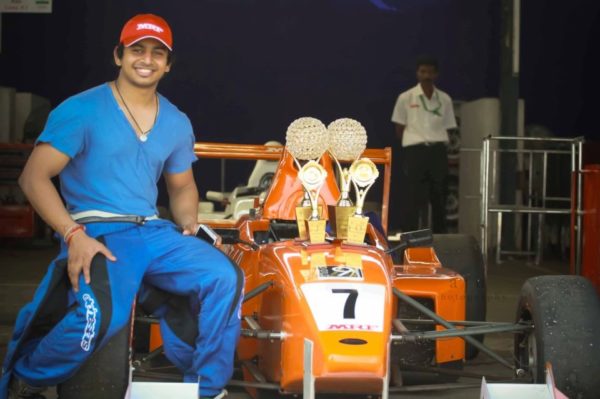 Sundar was the national champion for 2012 & 2013 in LGB F4 category. He also participated in German Formula Volkswagen ADAC Championship. Niveditha was a doctor working at a private hospital.

Our heartfelt condolences go out to their family and friends.