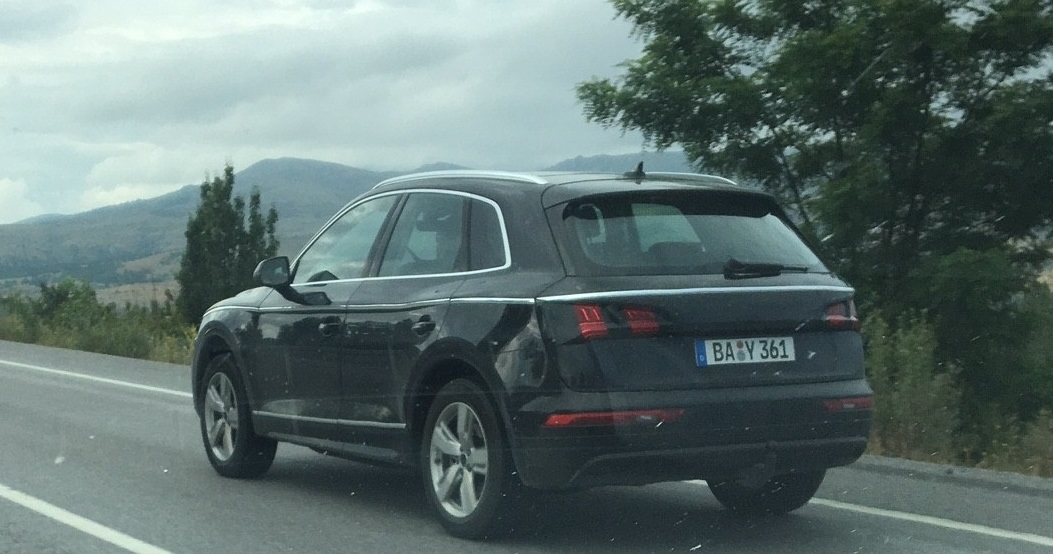 The upcoming 2016 Audi A4 was recent spied ahead of its India launch and is scheduled to take place soon. As we wait for Audi to divulge the launch details of the sedan, yet another upcoming model from the German luxury automobile manufacturer has been spied testing, albeit overseas.

According to reports, a test mule of the 2017 Audi Q5 was spied during a public road test. The model, with minimal camouflage, will be the second generation model.  The 2017 Q5 will make its debut later in the year while the sales in the European markets are likely to begin towards the end of the year.

Not much is known about the model but the new SUV is expected to feature the Audi virtual cockpit, fully digital instrument cluster, a Multi Media Interface (MMI) infotainment system with touch control, matrix headlamps and dynamic turn signals.

Powering the model will be the same range of engines such as the TDI diesel motors and the TFSI petrol motors. Transmission duties could be taken care of by a six speed manual transmission and a seven speed or eight speed S-Tronic gearbox. Initial models will be brought to the country via the CKD route will assembly will begin soon after.

Following is the image gallery for the next generation Audi Q5: